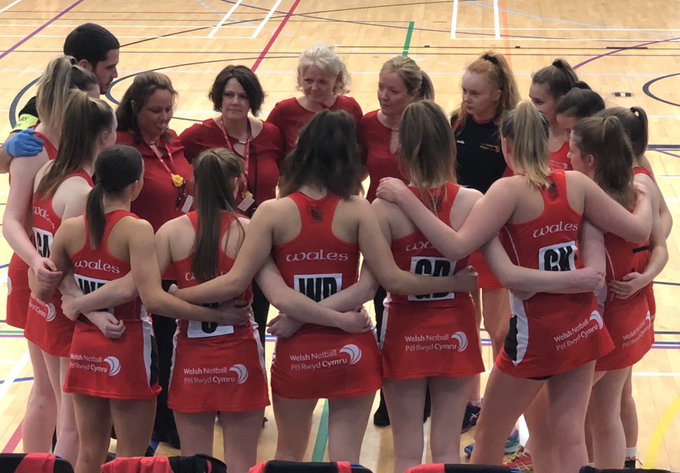 Wales have named their team for the Netball Europe Under-17 championships to be held in Ebbw Vale, Blaenau Gwent next month.

The Welsh players are intent on more success after winning a silver medal at the 2019 European event at this age level.

England, the 2019 winners, are among the teams competing at Ebbw Vale between Friday, March 6 and Sunday, March 8 along with Northern Ireland, Scotland and newly promoted Switzerland.

Rachel Bayley, Welsh Netball’s head of performance, says: “Firstly I would like to congratulate all of our young athletes on their selection for Wales.

“It is a great honour to play for your country and an exciting opportunity for these exciting netballers.

“The added bonus of playing on home turf in front of a Welsh crowd will make Netball Europe an even more thrilling experience for the team.”

Tickets for the Netball Europe Under 17 Championship are now on sale.

You can purchase tickets online for the event via official ticketing partner, Ticketline. Click here to go to their website.

Tickets for individual days of the competition are priced at £10 for adults and £7 for children. A weekend pass is £25 for adults and £15 children and will grant access to all 10 matches and the post-championship presentation.

Glamorgan Valleys A won the Inter Area under-16 title in Cardiff, finishing the tournament with an unbeaten record.

Tori Burt Roberts, Welsh Netball’s events and competitions officer, said: “It was an exceptionally busy day and I am grateful for the assistance of all volunteers and officials, who once again helped us put on a great show.

“Congratulations to both Glamorgan Valleys A and North East Wales B.

Welsh Netball hosted the National under-18 Inter Area Competition at Bangor University. Ten teams from across the country competed and North East Wales A were winners with Cardiff & Vale A runners-up.

Welsh Netball’s next national competition is the under-14 Inter Area competition at Bangor University on March 15.