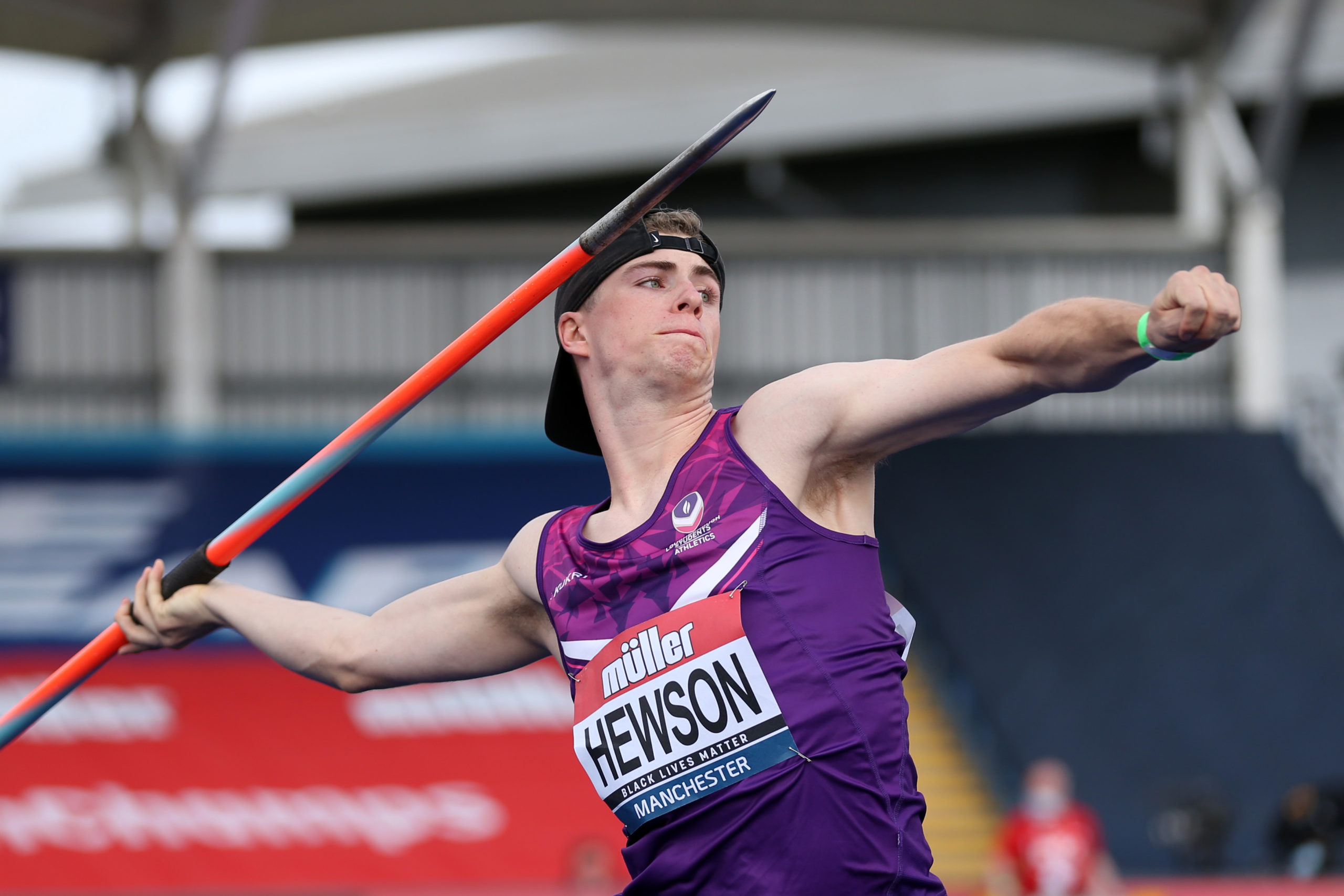 Teenage javelin star Tom Hewson, was the first Welsh medal winner of the day at the Muller British Athletics Championships in Manchester on Friday.

Competing in only his second British senior championships, the Andover athlete threw a season’s best of 68.49m as he finished third behind the day’s first champion, James Whiteaker, of Blackheath (75.99m).

Current Welsh Champion Hewson said afterwards: “It’s been good, better than I have ever thrown in Manchester before, so I’m pleased. It’s my first ever senior medal at a British champs.

“It’s a little windy, a head wind which developed into a cross wind in the later throws overall, but it was manageable.”

Hewson said there was more to come from him after a summer disrupted by COVID-19 restrictions.

“It’s been very strange,” he said. “I had a couple months of no training and then back to it gradually, with both throwing and gym sessions. Hopefully I’ll be back full throwing very soon.

The 19-year-old says he will now concentrate on gaining the qualification standard to represent Wales at the Birmingham Commonwealth Games in 2020.

“This will be my last and only comp of the season this year. I’m not too fussed about this year.

“I will go again in January looking to get the standard for Commonwealth 2022, that’s what I’m aiming for next year.”