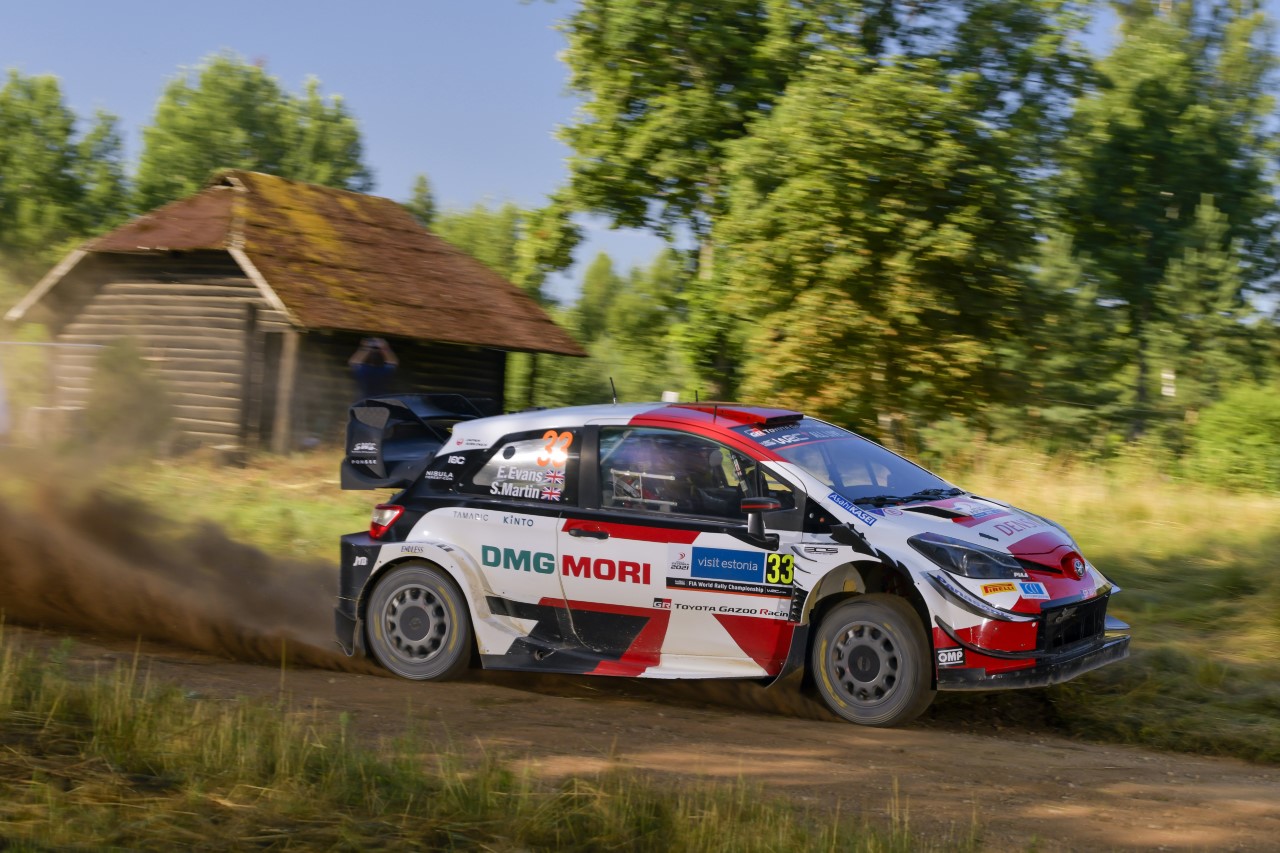 Elfyn Evans was a frustrated figure in Estonia.

Elfyn Evans finished a frustrated fifth on Rally Estonia – but at least with Sébastien Ogier only finishing one place ahead of him, the result has not cost him much in the battle for the FIA World Rally Championship title.

Evans started the event lying second in the drivers’ standings, 34 points behind series leader Ogier – and he remains second, 37 points behind.

Neither of them could match the pace of their Toyota team-mate Kalle Rovanperä, who became – at 20 years and 290 days old – the youngest driver to win a round of the WRC.

Evans had little to cheer about on this, his 100th WRC.

Right from the word go, he and co-driver Scott Martin struggled to find the pace to compete for victory on the ultra-fast gravel roads of Estonia, finishing 43.1 seconds behind Ogier and over two minutes behind Rovanperä.

The weekend didn’t work out as planned and 5th isn’t what we came here for. But we’re not dwelling on it and already focusing our efforts on Ypres and the next events. Big well done to @KalleRovanpera @JonneHalttunen for the first 🥇 🏆 and another win for @TGR_WRC #EE100 🇪🇪 pic.twitter.com/Hzv5Q20CdZ

The two bonus points he picked up for setting the fourth fastest time on the closing Power Stage weren’t much of a consolation either.

“It’s been a difficult weekend overall for us,” said Evans.

“Today we tried to focus on the Power Stage and did what we could there, but unfortunately it wasn’t really the performance we wanted.

“It’s not been what we hoped or expected this weekend.

“I didn’t really gel with it from the start and I never found my rhythm.

“Obviously that’s something we have to put right for the next events.