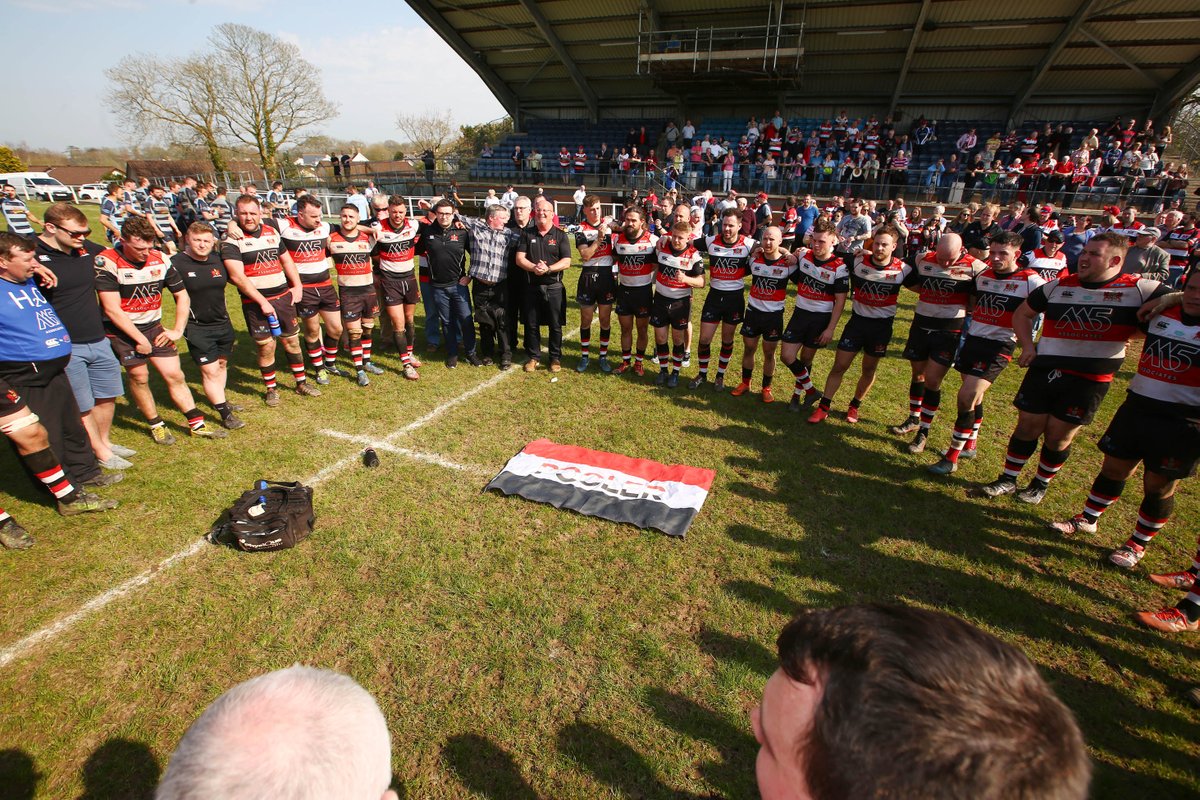 Pontypool have called for WRU Community Board to resign. Pic: Pontypool RFC.

For all the criticisms laid at the door of the WRU over recent months – from eyewatering international ticket prices and alcohol-induced shenanigans at the Principality Stadium to the poor performance of Wales national team and regional sides – this week’s letter from Pontypool RFC to the union is perhaps the most stinging.

Calling on the WRU Community Board to reisgn en masse, Pontypool berate the union for its “abysmal track record of presiding over a culture of failure and apathy towards the clubs it supposedly represents”, and call on the union’s community board to resign en masse amid allegations the executive body “has lost complete control of its ability to govern the game.”

Pooler’s frustration is understandable. The club, still mathematically in the hunt for a fourth consecutive National Championship title, have been prevented from finishing their season due to Beddau RFC’s failure to fulfil the fixture between the clubs which was originally scheduled for December 18th – one of a raft of league games that was cancelled due to Covid-19 last winter.

A bonus-point win would have put Pontypool level with current leaders Bargoed, one of the very few teams who have been able to compete with the Pooler over recent years. The Bulls still have an additional game to play against Trebanos this weekend, but the debacle has to all intents and purposes ended the league season.

Tensions have been ramped up by Beddau’s failure to justify why they can’t reschedule the fixture – and the WRU’s decision not to sanction the club or award Pontypool a bye victory.

Can't imagine Beddau RFC or Pontypool RFC going back to each others clubs after the games next season and having sausage,beans and chips and a pint together. 🤔

Whilst applying retrospective ‘byes’ to all clubs who failed to fulfil fixtures because of Covid this year would have been a logistical nightmare, you can totally appreciate Pooler’s anger given what is at stake – and the sense that the division has become a farce which the union are unwilling to get to grips with.

You only have to look at the ‘games played’ column in the Championship league table to see why the division is a casserole of chaos, and why Pontypool argue the competition has been so badly degraded.

It’s also important to put this week’s public spat between Pontypool and the union in its context, and that of the question which has long asked in the Eastern Valley: what did we do to upset the WRU?

Welsh rugby has always been a beautiful contradiction between glamour and grit – an uncomfortable cocktail which has captured hearts and minds in this part of the world for around 150 years now.

Few teams have provided that essential grit for as long, or as ferociously, as Pontypool RFC. It’s not an understatement to say that story of rugby in Wales – and the high expectations we still place on our national team – would be very different if Pooler had not sprung to life way back in 1868.

Welsh rugby’s undisputed golden era of the 1970s was only possible because of the indomitable forward platform secured by the iconic Pontypool Front Row of Faulkner, Windsor and Price (supplemented by the inspirational qualities of Terry Cobner in the back row).

And the 1980s would have been far worse for the national side without the never-say-die resilience of a later generation of Pooler stalwarts: Jeff Squire, John Perkins, Eddie Butler and Staff Jones among others.

At the heart of it all was the late, great, Ray Prosser, an Eastern Valley Arsene Wenger who revolutionised the way the game was played in Wales – his tactical nous and relentless focus on player fitness (inspired by brutal encounters with the All Blacks as a former British Lion) transformed expectations of forwards.

It was a culture shock too far for the WRU – that he was never invited into the Welsh set-up still beggars belief – but Pontypool benefitted. The club won five official titles under his tutelage, including an astonishing three season run of dominance from 1983 to 1986 where the club won 88% of all games they played.

Ironically, the club which had pioneered professionalism in its methods was one of the worst-affected by the formal transition to the professional game.

Years of hurt followed, and the anti-social behaviour, litter and drug-taking which creeped into the formerly open-access Pontypool Park seemed symbolic of decline for the club, town and proudly working-class Welsh rugby tradition that Pontypool RFC represented.

Usually I avoid welsh club twitter with a very large barge pole, but wowzers that is one hell of a statement O_O https://t.co/f16678CcUj

The WRU’s controversial decision to single out the club for relegation from the Welsh Premiership in 2012 represented a real nadir, and the simmering historic distrust which had existed between the club and the union was brought into broad daylight through a legal battle.

Pontypool were defeated in the High Court, but a lingering sense of injustice would persist – the judge’s comments that the WRU’s changing of the league structure was ‘against the rules’ still ring in the ears of the Pooler faithful.

That sense of frustration has only grown over recent years, with Pontypool utterly dominating the second tier.

Indeed, the club have cruised to a Prosser-esque trio of titles under coach Leighton Jones over the last three seasons. In each instance they have been denied the right to promotion to the top flight; whether on grounds of ring-fencing, Covid, or a loss in a one-off play-off.

So the context for this week’s development is a legacy of distrust and acrimony.

Are Pontypool blameless? Possibly not. You could argue that chairman Ben Jeffreys’s approach to business is at times unnecessarily spiky, and the club’s decision to boycott this season’s cup competition was probably a misstep in hindsight.

With that being said, the WRU have been negligent in allowing their relationship with a founding member and strategically important club to deteriorate so bitterly over the course of decades.

Pontypool should be a flagship semi-pro club – they remain one of Wales’ best supported teams outside the regional system, and the WRU (with the Dragons) should be working with the club to develop the historic Pontypool brand as a signpost to help nurture and develop on field talent from the Gwent Valleys.

Regardless of the characters involved on either side, the fact that the club so often seems to be treated as a pariah by the hierarchy is ultimately Welsh rugby’s loss.

Some would say that there’s a black mark next to Pontypool’s name that the WRU will never be willing to Tipex.

Who knows for sure? What seems more likely – and is perhaps even more worrying –  is that the union simply don’t care about the operation and long-term future of clubs outside of the top tier.

That fear extends far more beyond Pontypool, and is undoubtedly the reason why Jeffreys’ comments this week have struck a chord with other a number of other smaller clubs.

Now is not the time for the WRU to batten down the hatches and go on the defensive. They should clearly indicate that they have learned the lessons of the last year – that their focus must finally shift from the prospects of Team Wales in the short-term to substantive investment in the both the regions and grassroots in the long haul.

They must also demonstrate with tangible action that the community clubs which are the heart and soul of the game are not burdens of responsibility but essential assets.

An important part of that process is ensuring that clubs in the Premiership, Championship and feeder leagues are owed the right to play in meaningful competitions that reward success.

Dialogue must come first – and the union could do worse than burying the hatchet and getting on the blower to Pontypool Park.