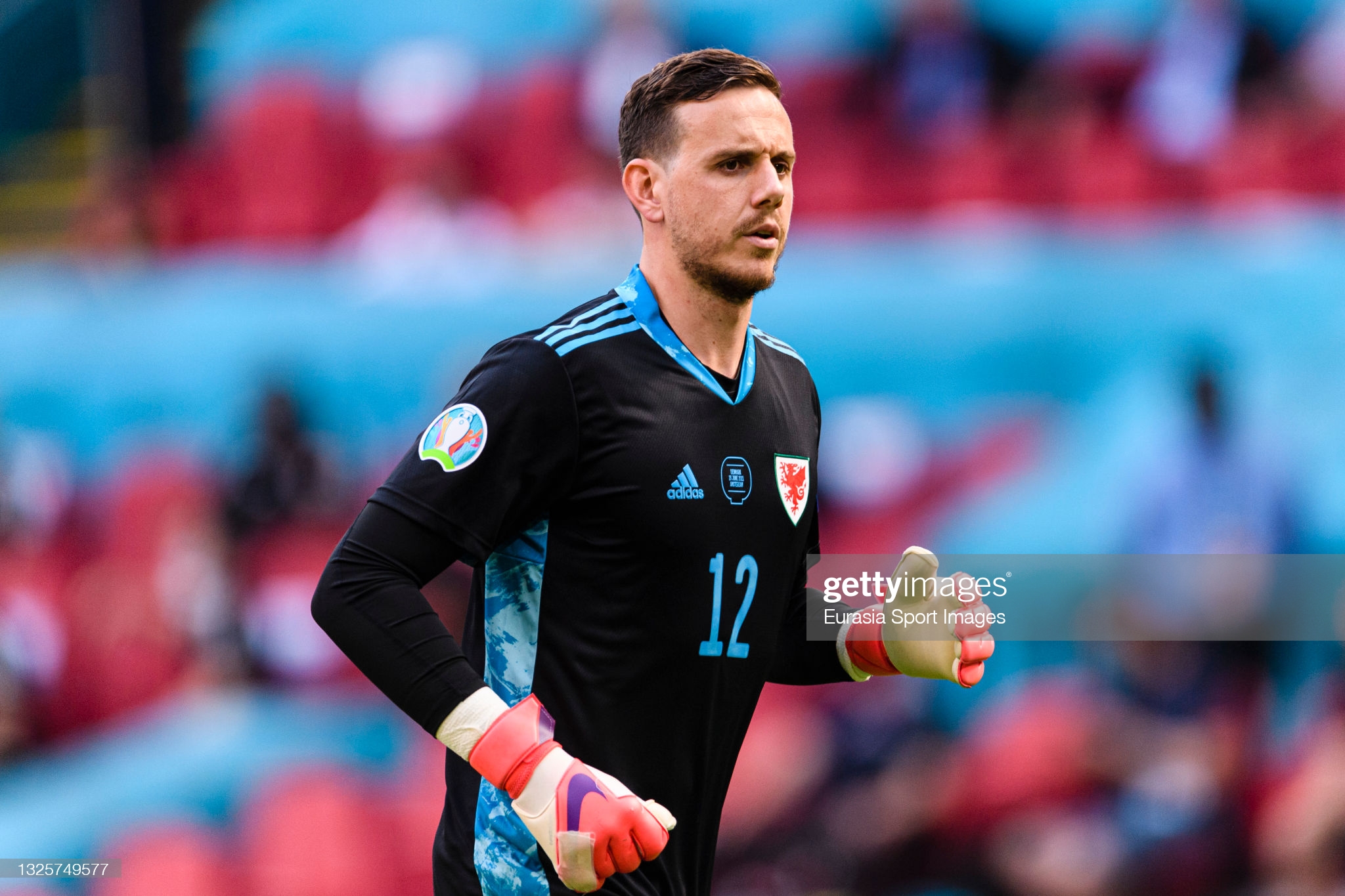 Aaron Ramey has leapt to the defence of teammate Danny Ward after Wales earned a 2-2 draw against the Czech Republic in Friday’s World Cup qualifier.

Wales fell 2-1 behind as goalkeeper Ward failed to control a back-pass and allowed the ball to go into his own net, but Daniel James scored a superb second-half equaliser – superbly crafted by substitute Harry Wilson – to earn a deserved share of the spoils.

Ramsey, who netted Wales’ first strike of the night, heaped praise on Ward while also insisting that his team had secured a “great” result in in Group E.

Speaking to Sky Sports, Ramsey said: “We played exactly how we wanted to, we were brave on the ball, and we looked to create on the counter attack.

“On another day we could have had a couple more, but fair play to go 2-1 down in front of this hostile crowd it’s a great result.

“Danny has been terrific for us. These things happen from time to time but I’m sure there is nothing to be worried about, we’re glad he’s in goal for us.

“Brilliant to see the fans, I haven’t played for a while but I’m delighted to be back scoring goals in front of them, hopefully we will see them in the coming months.”

While the two teams are locked on seven points, Wales have played a game fewer than their rivals.

With travelling restrictions lifted, Wales fans sang Ward’s name after the final whistle in a show of support – a gesture appreciated by manager Rob Page.

“I thought it was a really nice touch from the supporters,” said Page.

“The lads are rallying around him and, knowing him as a character, he’ll bounce back.

“Danny’s been excellent since he’s been involved. That happens unfortunately. We know him as a person, he’s strong minded, and he’ll come back from that, no problems at all.”

The draw keeps Wales third in Group E, trailing the Czech Republic on goal difference, but with a game in hand.

With Belgium’s eight-point lead at the top making automatic qualification effectively impossible, Wales’ battle with the Czech Republic for second spot – and passage to the play-offs – looks set to go down to the wire.

Wales are already all but guaranteed a play-off place thanks to their success in the Nations League, but finishing second in this World Cup qualifying group could secure a more favourable draw in that knockout stage.

“We’re disappointed that we didn’t get the win. I thought we thoroughly controlled the game and created some good chances,” said Page.

Its good to be back 🏴󠁧󠁢󠁷󠁬󠁳󠁿 great performance from the boys. The #redwall were unbelievable 🙌🏼 … looking forward to Monday! pic.twitter.com/zp1j8qzbbM

“We’re frustrated because we should have six points from the last two games instead of two.

“But second spot is still on. We’ve got three games left, the Czech Republic have got two. It’s in our hands.

“To take the game to them in the manner we did, they deserve full credit. We were in complete control, we wanted the win and the supporters were outstanding and helped us along.

“If I’m going to have a slight criticism it’s that we need to be ruthless, at this level you have to punish teams when you’re on top. Kieffer Moore was through one-on-one, but as a group I can’t speak more highly of them.

“We’ve just said a draw isn’t the worst result, we go again on Monday against Estonia who had a positive result tonight as well.

“Danny Ward has been superb for me, I’m fortunate to have three outstanding goalkeepers, but Ward will absolutely bounce back.

“It’s a pleasure to watch Aaron Ramsey play, as well as all of them, everyone of them to a man was fantastic.”

In a game that was being billed as the play-off for second place in Group E with both teams level on points, Wales played bravely in Prague and got a deserved lead through Ramsey on 36 minutes.

🏴󠁧󠁢󠁷󠁬󠁳󠁿 #LUFC winger Dan James was on the scoresheet tonight, as he scored a 69th minute equaliser in Wales’ 2-2 draw with the Czech Republic pic.twitter.com/iwg9Z4nKlH

However, a defensive lapse just 106 seconds later allowed Jakub Pešek to draw the hosts level when firing home a rebound after a Ward save.

Ward was left even more red-faced four minutes after the restart after miscontrolling Ramsey’s back pass and getting the final touch on the Czechs’ second goal.

However, James secured the point Wales more than deserved in a thrilling contest.

Ward’s own goal was the first by a Wales player since June 2019, when James Lawrence put the ball in his own net against Croatia in a European Championship qualifier.

James scored for the first time in eight appearances for Wales, with his previous goal for the national team also coming against Czech Republic in March. It was the first of his five goals for Wales to be scored away from the Cardiff City Stadium, while only Kieffer Moore (6) has scored more goals for Wales since James made his debut in November 2018.

It took only 30 seconds for Wales midfielder Ramsey to be shown a yellow card, the earliest booking for any European player during qualification for the 2022 World Cup – he committed the foul just 13 seconds into the game.

Wales visit Estonia in their next World Cup Qualifier on Monday.