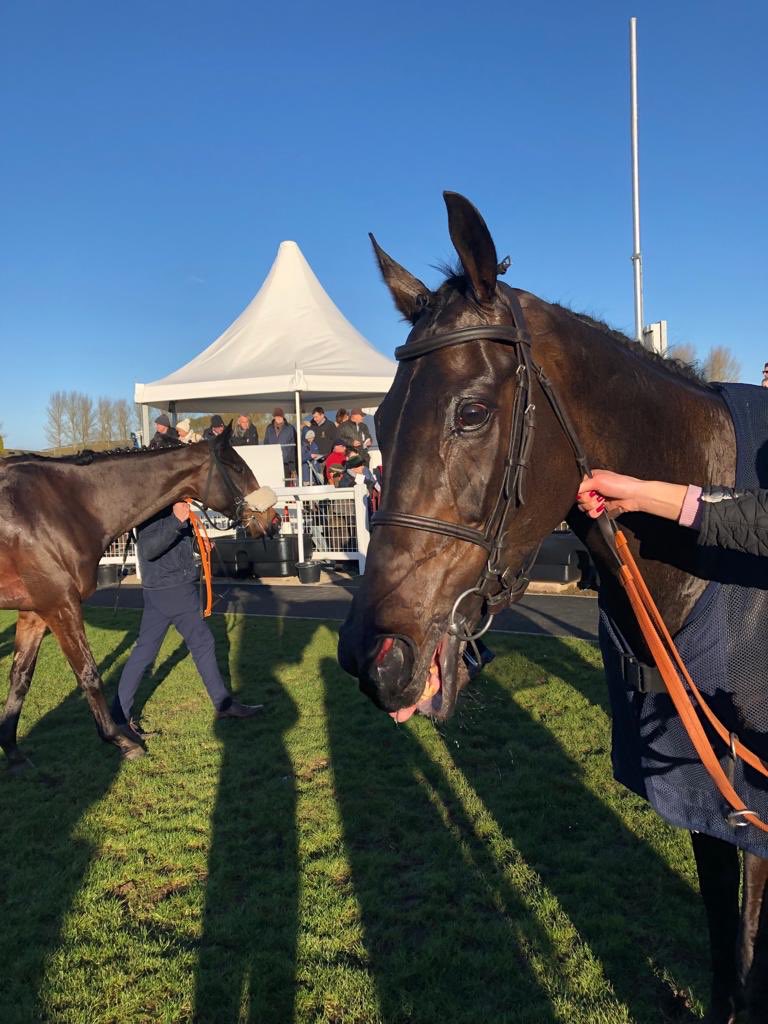 Tim Vaughan's Trixter was a winner at Kelson.

Have horses will travel seems to be the motto of Aberthin trainer Tim Vaughan (writes Brian Lee).

He sent two horses on a 760-miles round-trip to Kelso in Scotland and landed a Sunday winner.

Vaughan then secured a first place at Ffos Las on Monday, Briac taking the honours, and on Tuesday thanks to Debece at Newcastle.

The 6-4 favourite scored by one-and-a-half lengths from Skandiburg after being a length and a half down at the last hurdle.

Vaughan had hopes of a double, but in the Kristoffersen Carpets & Flooring Handicap Hurdle his Prince Charmin’, ridden by champion jockey Richard Johnson, was beaten three quarters of a length by Martilla, ridden by Pembrokeshire’s Sean Bowen.

Vale of Glamorgan trainer Vaughan sponsored the first on the card at Ffos Las, a 2m6f hurdle and his eight-year-old Briac, a 16-1 chance ridden by Alan Johns, come home nine lengths ahead of Cottonvale, trained by Christian Williams at Ogmore-by-the-sea.

Briac, ridden patiently by Johns, came through to lead on the long run to the second last, jumped it well and had the race in safe keeping from there.

Not a man to rest on his laurels, former Welsh champion point-to-point rider Vaughan then saddled his eight-year-old Debece after a 300 miles journey from Aberthin to Newcastle. Debece landed the Sky Sports Racing Virgin 535 Novices Chase.

Pembrokeshire trainer Dai Rees, sponsor of the Rees Handicap Hurdle, was not so lucky as his Gone Platium, partnered by Wales’s Lorcan Williams, finished a length and a quarter behind Williams-trained Golden Whisky.

Successful at Bangor a week ago, Gone Platinum was understandably favourite for the 2m4f hurdle. He travelled well round the inside and took a share of the lead before two out.

Golden Whisky (7/1) proved stronger going to the last and despite wandering on the run-in Adam Wedge straightened him up and he won by a length and a quarter.

There were only three runners for the Prince Fluffy Kareem Novice’s Chase which was won by the odds-on Nicky Hendersen trained WhatsWrongWithYou.