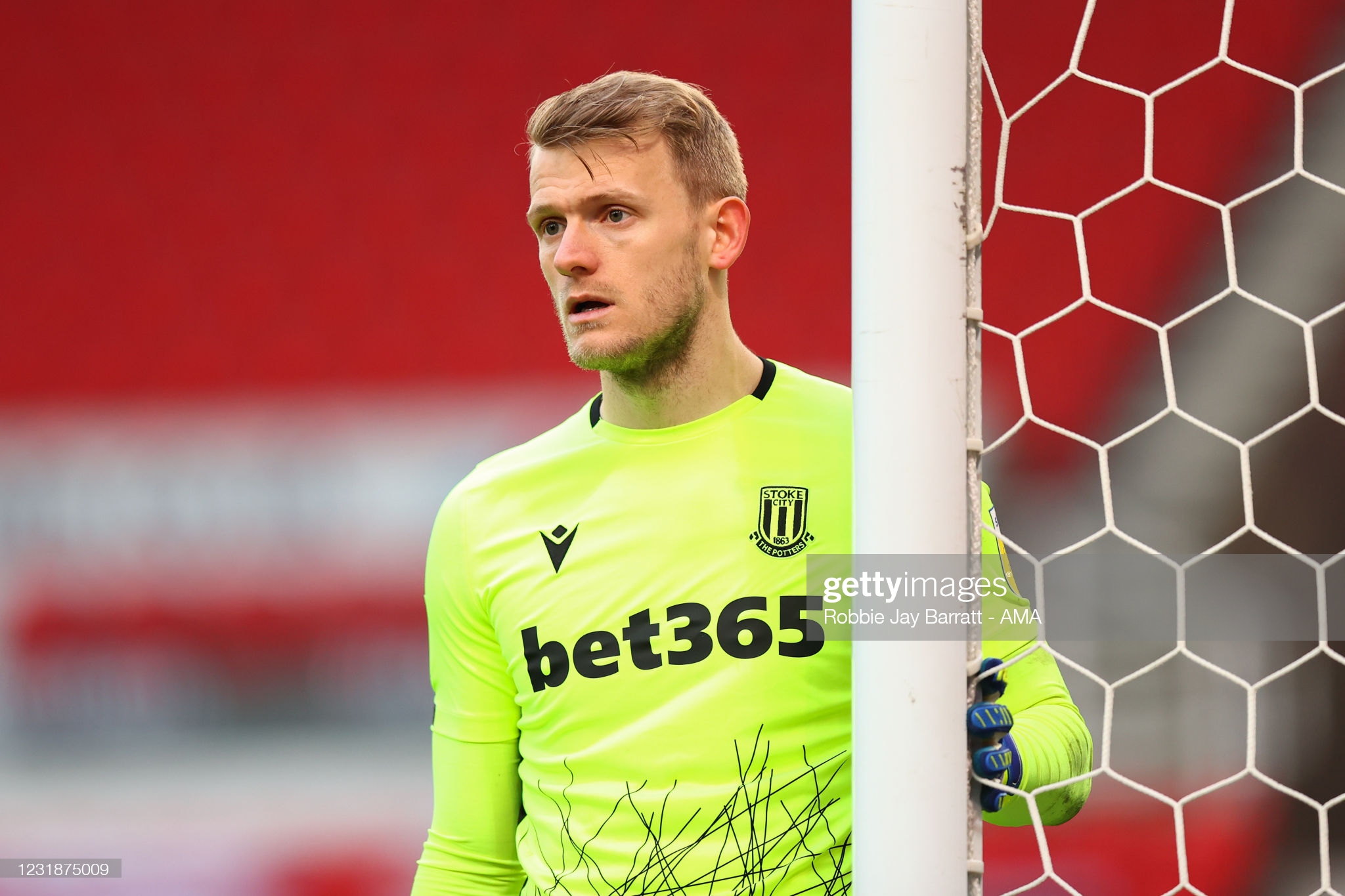 Adam Davies is looking forward to competing with Wayne Hennessey and Danny Ward for a starting place in the Wales team at the Euros – and is anxious to make up for lost time.

Davies, 28, was one of the three goalkeepers to be selected by manager Robert Page for the tournament and is in Baku as many people’s unlikely lad.

But the Stoke City goalkeeper was on the cusp of grasping his golden opportunity to become Wales’ number one when he suffered a significant knee injury at Swansea City back in October.

The widow of opportunity arrived – and closed just as suddenly – when an injury to Hennessey had ruled out the Crystal Palace veteran.

With Davies seizing his chance at club level in July when Jack Butland suffered an injury towards the latter stages of the previous Championship season, a string of clean sheets and confident performances ensured Davies started season just ended as the first name on the Stoke team sheet.

But, after a devastating ligament injury put a temporary end to his long-held dream of becoming Wales’ first choice goalkeeper, he was not even sure if he would make it to the Euros.

A loss of fitness, and his first team spot at Stoke followed, but now, three months on from that anxious period, he is looking forward to the prospect of his first major tournament with Wales.

“The injury came at the worst point for me as it was just before we were going to meet up for the November camp,” says the 2016 League One play-off winner.

“It was a big kick in the teeth, and I was really disappointed that I couldn’t go away in that camp.

“But it’s football and those things happen. I was out for three and a half months after that, so my full concentration was just to get fully fit for the Euros and the rest of the championship season.

“The tournament has gone really well so far. Obviously, we’ve been on camp for a few weeks now, but there’s a real buzz about the place and a real excitement to get started.”

Davies, who has two international caps to his name, was first called up to the squad shortly after the national side’s historic campaign in France in 2016.

Under the guidance of manager Chris Coleman, Davies replaced the injured Ward for the World Cup qualification matches against Austria and Georgia.

Can’t believe that they’re discussing (Radio Wales) whether Danny Ward or Wayne Hennessy should start for Wales in the Euros. Both are benchwarmers for their clubs. They are ignoring Adam Davies who has been in impressive form for Stoke, playing weekly with mostly clean sheets.

He featured in a friendly victory over Trinidad and Tobago in 2019 at The Racecourse Stadium, followed by a first competitive cap in a Wales victory against Bulgaria in the UEFA Nations League late last year.

Davies turned out 21 times for the Potters this season and has match experience in his locker, especially when compared to Leicester City’s Ward and Hennessey, who found minutes hard to come by at their respective Premier League clubs.

But Davies insists they will support each other regardless of who plays.

“Whoever is called upon is ready to do the job and we will be there supporting each other as much as possible.

“Danny and Wayne have played the two previous friendlies but for myself, personally, I will be ready if I am called upon.

“If you look at the Bulgaria game where I came on for the last 15 minutes, you have to come on and perform.

“Training has been really good competition between all three of us. We are known for the goalkeeper’s union idea that we stick together.

“You never know in football. It is a difficult one with goalkeepers as there is only one place.”

Appearances for Wales have been hard to come by for Davies more recently, as he is generally regarded as third choice going into this tournament.

But just the prospect of being included in the squad is a reason for pride for Davies.

Back in 2016 when some of his current teammates reached the semi-finals in their first major tournament in 58 years, he had just completed his second season with Barnsley in League One.

He won promotion to the Championship with the Tykes and will be hopeful to emulate the same success this summer.

“I am super excited. If you told me at the start of my career that I would be in this position I would have bitten your hand off.

“I’m just going to soak up every single minute of it, enjoy the atmosphere, enjoy the games and enjoy training with the lads day in and day out.

“This opportunity might not come around again for me.  It is a proud moment for me, and my family and I am really excited to get going.”