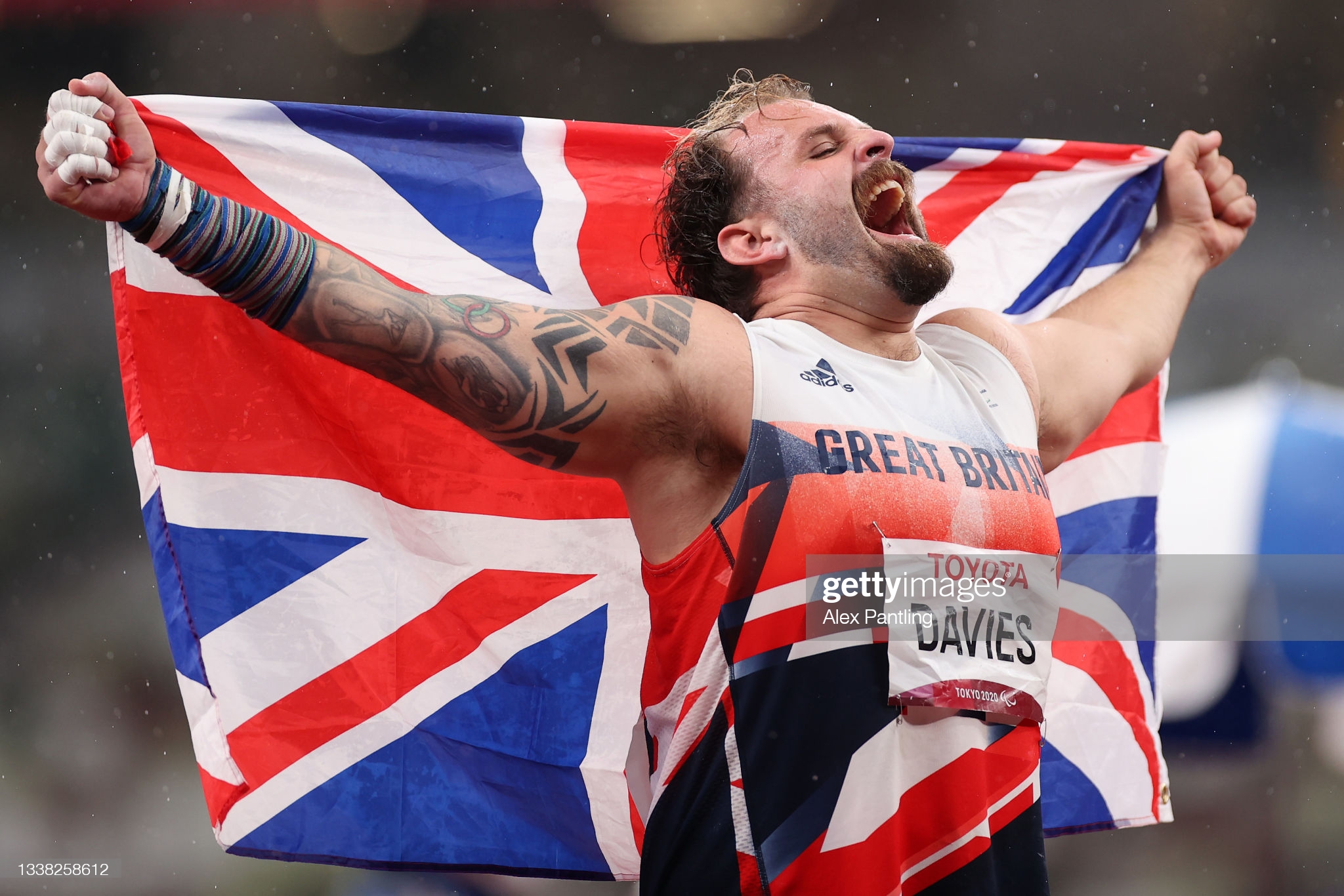 Aled Davies has soaked up the glory of his third Paralympic gold medal and insists he is ready to go for number four in Paris in 2024.

Wales’ greatest male Paralympian is already relishing the idea of defending his title after he won his F63 shot put event in the torrential rain of Tokyo on the final weekend of the Games.

The 30-year-old, who also claimed a discus win at London 2012, topped the podium for Great Britain at the Olympic Stadium after triumphing with a throw of 15.33 metres.

It was not his best throw, but it was good enough and the quest for improvement is what will drive him on again for the next three years at least.

“That’s what championship competing is all about. I came here for a big performance, I wanted to put down a marker because I haven’t thrown well for the last couple of years,” said Davies.

“I’m ready to go big, I really am. I’m in the shape of my life. I guess it’s just going to have to wait until Paris (2024 Paralympic Games).

“I’m still young and I feel great. I feel like I’ve got a lot to give. Paris is definitely the next stop, even LA (2028 Paralympic Games). We’re just getting started.”

Victory for the Bridgend athlete – ahead of Iran’s Sajad Mohammadian and Faisal Sorour of Kuwait – prompted a roar of delight amid animated celebrations.

“It’s surreal, there has been so much hard work to get here,” he said.

“It’s tough to win medals, so you’ve got to appreciate them when they come, so that’s why I was soaking it all in at the end.

“The conditions were great up until a few days ago, which is a shame because I was ready to deliver a big performance, but it doesn’t matter now, I’m going home with the colour of medal I came for.

“The conditions were amazing until the last couple of days, where it was very similar to back home, which is disappointing because I was ready to really put down a good performance.

“The elements were a challenge, but it doesn’t matter now. I’m going with the colour I came for.

“It’s tough winning medals. I’ve learned to get a new-found respect for it.

“Sometimes it doesn’t always go to plan, and I’ve learned that over the last couple of years, but I’m on my way back now.

“When you’re trying to pave your own way it comes with a lot of ups and downs, a lot of trial and error.”

Along with Davies, Wales’ Beth Munro was a medal winner on the final weekend as she made a stunning Paralympic debut.

The 28-year-old former netballer was defeated 32-14 by Denmark’s Lisa Gjessing in the final at Makuhari Messe Hall in Tokyo.

The Korean martial art made its Games debut in Japan and Liverpudlian Munro had secured a podium place by successfully coming through fights against Nepal’s Palesha Goverdhan, Turkey’s Gamze Gurdal and China’s Li Yujie.

“I’m a little bit disappointed I let it get away from me in the first round (of the final) but I’m ecstatic with a silver,” she said.

“The journey I’ve been on is so short, to come away as a silver medallist as a Paralympian, I’m on cloud nine.

“I got goosebumps on the podium so onwards and upwards to Paris 2024.”

The 12 days of action were brought to an end  by a closing ceremony that celebrated Japan’s mix of cutting-edge technology and distinctive culture as well as commemorating the unique challenges of holding the Games during the coronavirus pandemic.

Wales’ Boccia gold medallist David Smith carried the Great Britain flag, while the parade into the Olympic Stadium included the Afghanistan flag, which was carried by their two competitors, Zakia Khudadadi and Hossain Rasouli.

They had been evacuated from Kabul before making it to Japan in what was described as “a major global operation”.

The Games, like the Olympics earlier in the summer, took place behind closed doors with Covid-19 case numbers in Japan breaching 25,000 per day for the first time four days before their start.

“The sport was unbelievable, world records were broken in every possible sport. Performances were fantastic.

“To think that these athletes have prepared for these Games under the circumstances of the pandemic, facing restrictions, is unbelievable.

“It’s proof that the Paralympic movement is stronger than ever before.”