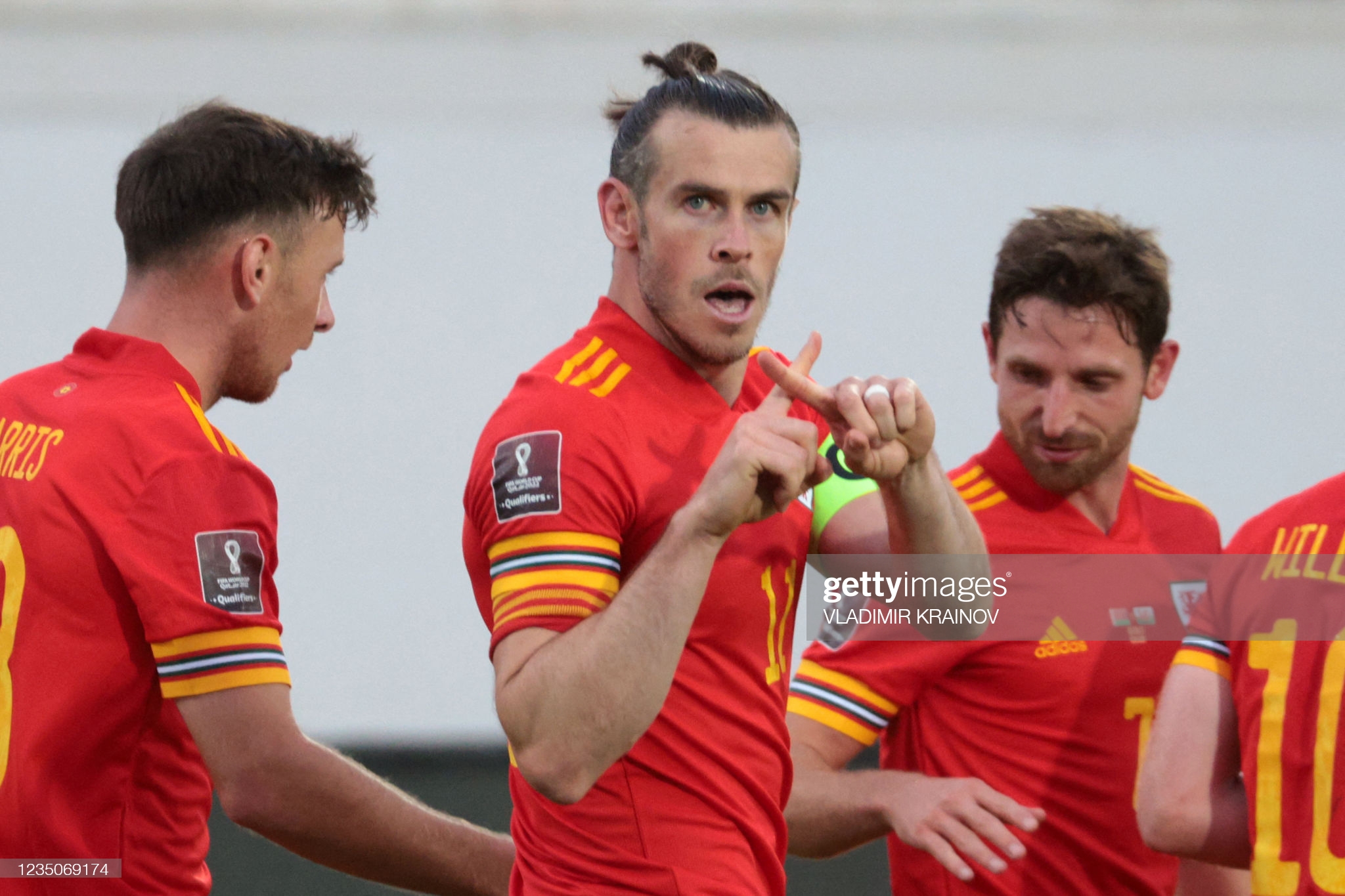 Gareth Bale praised Wales for overcoming a stack of awkward hurdles on their way to a vital 3-2 comeback victory in their World Cup qualification tie against Belarus.

Bale ended his two-year Wales scoring drought as his hat-trick secured a thrilling win in Kazan.

The Real Madrid star had not added to his record 33 goals since scoring against Croatia in October 2019 – a run of 16 games. He’s now been involved in all five of Wales’ goals in qualifying for the 2022 World Cup (three goals, two assists).

The victory was achieved with a backdrop of injuries, visa issues, suspensions and Covid-19 which had left interim manager Rob Page without up to 11 players that would have made the squad.

Furthermore, UEFA’s decision to choose Kazan – Russia’s fifth-largest city and 700 kilometres east of Moscow – as a neutral venue with Page’s squad unable to enter Belarus by air because of sanctions against the Minsk government had infuriated the Football Association of Wales.

“It was a massive win,” Bale told Sky Sports.

“Every game counts and these kinds of games when you are expected to win are probably the hardest.

“Everything was against us, it wasn’t a good first half whatsoever, but I thought in the second half we really changed that and got on the front foot.

“I thought Mark Harris had a big impact on the game and it was like Andorra in the first qualifier for Euro 2016, getting that goal will hopefully keep our momentum going and hopefully we can keep that into the next game.

“Qualification is alive, we lost to a very good Belgium team but it is important we win every other game. I know the performance and we all know the performance wasn’t good enough in the first half, we corrected it more in the second half, we bounced back and showed character to get the result.

“In the back of my mind I was thinking about the missed penalty in the Euros, but it was great to score two tonight, because they were important goals.

“The winner, it was a last-gasp effort, I tried to hook it in and I was ecstatic as I knew it was right into the last few seconds.

“Everything hasn’t gone for us in terms of the travel or the pitch, but it is what it is, thankfully we have got the three points and we can get out of here.”

Wales’ win moved them to within four points of Group E leaders Belgium, who are at home to the Czech Republic on Sunday evening.

Page was delighted with the result, even though the performance fell short.

“I’m pleased because we got the points,” Page told Sky Sports.

“I said to the players, good teams, even when they are not playing well, find a way to win, and that’s exactly what we have done today.

“We got the best possible start. They changed their mentality slightly. We started doing things we hadn’t worked on and going off the game-plan, which we addressed at half-time.

“But the remit was to come out here and put in a performance that gets us three points and we have done it.

“The standards we have set as a group, we fell well short. But we found a way to win. The big players stepped up and Gareth [Bale] certainly comes into that category. He led by example today.”

Bale struck twice from the penalty spot before his dramatic stoppage-time winner broke Belarus hearts, Vitali Lisakovich and Pavel Sedko having scored in the space of two first-half minutes to turn the clash on its head.

Bale converted from the spot after five and 69 minutes and was then in the perfect position to turn Daniel James’ cross goalwards as time appeared to be running out on Wales’ bid to close down top-two Belgium and the Czech Republic in Group E.

But Wales are only four points behind group leaders Belgium, with a game in hand, going into Wednesday’s home qualifier against Estonia.

Belarus, ranked 89th in the FIFA world rankings and 70 places lower than Wales, had suffered a second defeat in three World Cup qualifiers in the Czech Republic on Thursday and must have feared the worst inside five minutes.

Gareth Bale celebrated a Wales winner in an empty stadium in Russia as if he had scored a Champions League decider in front of 100,000. Tells you everything about the man 🏴󠁧󠁢󠁷󠁬󠁳󠁿

Bale was clattered by goalkeeper Sergei Chernik and banished the memory of his penalty miss against Turkey at the Euros by dispatching the spot-kick convincingly.

Joe Allen soon forced Chernik into a goal-line stop and Wales appeared in cruise control on what was a sticky surface difficult for passing.

Vladislav Klimovich went close at the other end as Belarus bared their teeth on the counter-attack and Wales then fell apart in the space of 90 seconds.

Faced with a bouncing ball, Chris Gunter was penalised for a high foot on Nikolai Zolotov and Lisakovich drilled home the equaliser from 12 yards.

Wales were still visibly shocked when Lisakovich shrugged off James Lawrence’s weak challenge and fed the unmarked Sedko to fire Belarus ahead.

It almost got worse for Wales as Aleksandr Sachivko and Klimovich were inches away from extending Belarus’ lead and punishing visitors who were looking more ragged by the minute.

Wales showed more intensity after the break with Chernik reacting well to tip Johnson’s well-struck effort from under his crossbar.

Wales have come from behind to beat Belarus for a huge 3 points in their quest to qualify for the 2022 World Cup – Gareth Bale with the hat-trick! 🏴󠁧󠁢󠁷󠁬󠁳󠁿🔥pic.twitter.com/9KTqMHJ7K2

But they were appearing to run out of ideas until Max Ebong shoved Ben Davies in the back and Bale converted from the spot again.

Wales goalkeeper Danny Ward kept the bustling Lisakovich busy with a superb save and the importance of that stop was underlined in the dying seconds.

Substitute Mark Harris’ effort was cleared off the line but Dan James kept the move alive and Bale’s finishing instincts did the rest to keep Wales’ World Cup hopes alive.