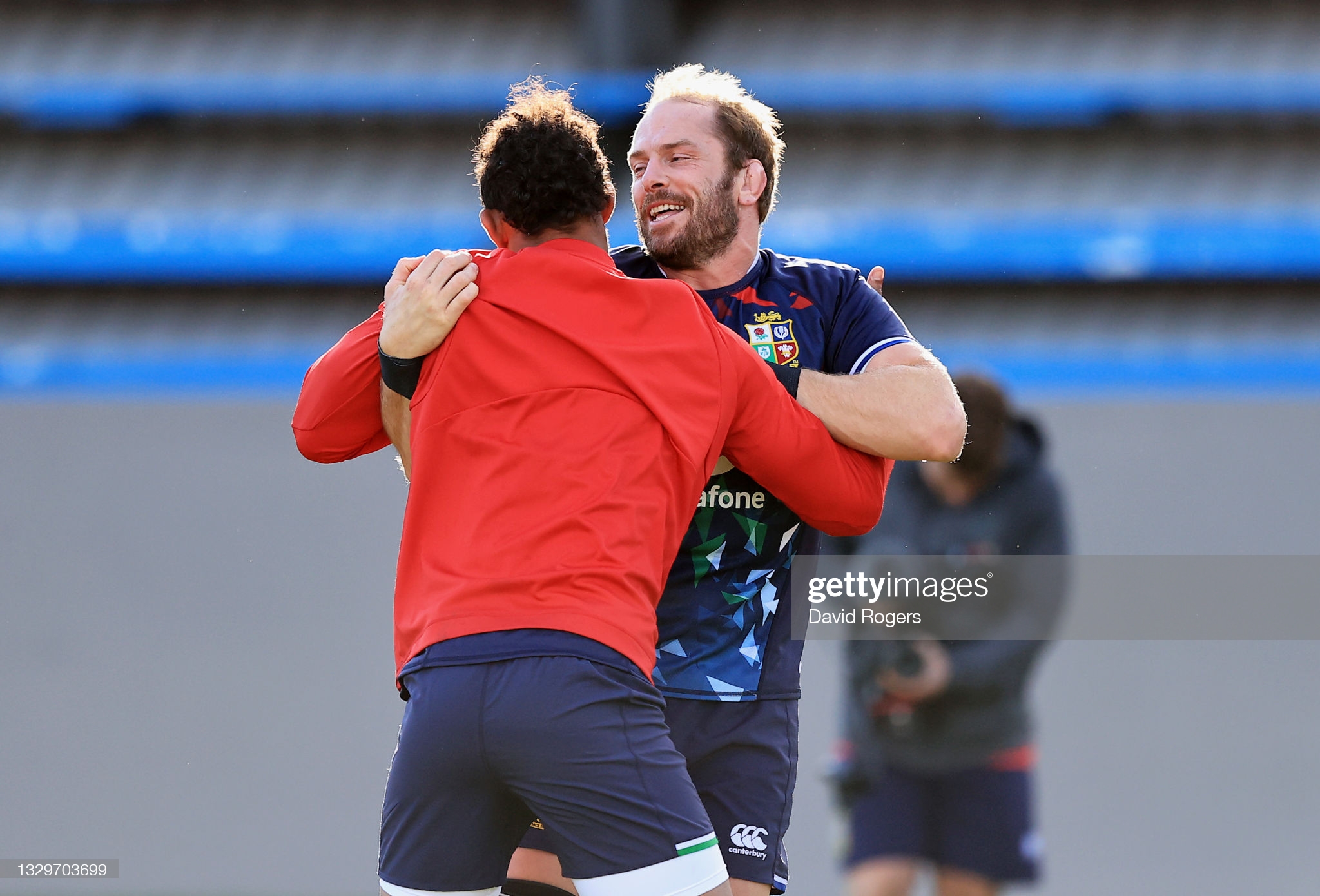 Alun Wyn Jones has admitted he thought his Lions tour was over even before the rest of the squad had reached the airport to fly to South Africa.

The captain believed his shoulder dislocation suffered in the pre-tour win over Japan had pulled the curtains on his chances of leading his team into the three-Test series.

Instead, the 35-year-old Wales second row – who has already made 157 international appearances – will make his 10th Test outing for the British & Irish Lions when he captains the side to face the world champion Springboks at the Cape Town Stadium on Saturday.

Jones’ remarkable recovery comes after dislocating his shoulder three weeks ago in Edinburgh and he will now join Tony O’Reilly, Rhys Williams and Gareth Edwards on 10 appearances for the Lions.

That will just leave Willie John McBride (17), Dickie Jeeps (13) and Mike Gibson (12) ahead of him in the all-time list. The game will also see him extend his world cap record to 158 games for Wales and the Lions.

“For those two days that was my tour done. I was almost on the sofa at home before the guys had even got to the airport. That was a tough one,” said Jones.

“I was told there was a chance – it was bordering on the surreal. Sometimes all you need is a chance. It was about being proactive and starting the recovery and that’s what I did.

“To be here now, taking the knocks and bumps and being in amongst it with the group … it means more, I am not going to lie.

“To be sitting here now and to be involved in the Test team is everything I have worked for over the last – I would be lying if I said two years – probably four years.

“When you finish a series or a tour you don’t know whether you are going to tour next and a lot of games go under the bridge. To be sitting here now is a very, very special thing.”

The seemingly indestructible Ospreys lock will also make his 20th Test appearance against South Africa in Cape Town and will be looking to pick up where he left off in 2009 when the Lions won the final Test in Johannesburg with a record equalling 28-9 triumph.

No Loins player in history has ever won a Test on two tours to South Africa since Froude Hancock and Johnny Hammond way back in 1891 and 1896.

Hancock, the giant English second row, played in all seven games against the Springboks on those two tours and still holds the record of six Test wins.

Jones currently has four wins and two draws to his credit, one short of the five victories secured by fellow Welshmen Rhys Williams, Edwards, JPR Williams and Mervyn Davies.

The skipper is one of three Welshmen in the starting XV, along with outside half Dan Biggar and prop Wyn Jones, while there are two more on the bench in hooker Ken Owens and full back Liam Williams. Both Biggar and Wyn Jones will be making their Test debuts for the Lions.

The moment we’ve all waited FOUR years for is here…😆

There are three further new caps from Scotland in the run-on team, full back Stuart Hogg, wing Duhan van der Merwe and scrum half Ali Price, and two more among the replacements in prop Rory Sutherland and flanker Hamish Watson.

Other players who will make their Test bows for the Lions include centre Robbie Henshaw, hooker Luke Cowan-Dickie, flanker Tom Curry and No 8 Jack Conan. Tadhg Beirne, the Irish lock-cum-back-row forward, is another uncapped player on the bench.

“In my four tours as a Lions coach, this was by far the hardest Test selection I have been involved in,” said Gatland.

“We couldn’t have asked for more from the players so far; they’ve all put their hands up and made picking a starting XV incredibly difficult.

“In truth, we would have been happy with any number of different combinations across the 23, however, we’re very pleased with the side we’ve settled on.

“We know what we’re coming up against on Saturday. It’s going to be an arm wrestle, there’s no doubt about it. We’ll need to front up physically and be ready to go from the first whistle.

“When we played SA ‘A’ last week we probably took a bit too long to get into the game, something we can’t afford to do that again this weekend.

“We need to make sure we play in the right areas of the field, not give them easy territory and take our chances when they come.

“While the stands will be empty in Cape Town Stadium, we know Lions fans from across the home nations will be cheering us on back home.”

It will be the first time a Scottish player has started a Test for the Lions since 2001 in Australia, when prop Tom Smith played in all three matches against the Wallabies and it will be the first time since the victorious 1997 tour to South Africa that three Scotsmen have started for the Lions, when current Lions assistant coach, Gregor Townsend, was named alongside Alan Tait and Tom Smith for the first and second Tests.