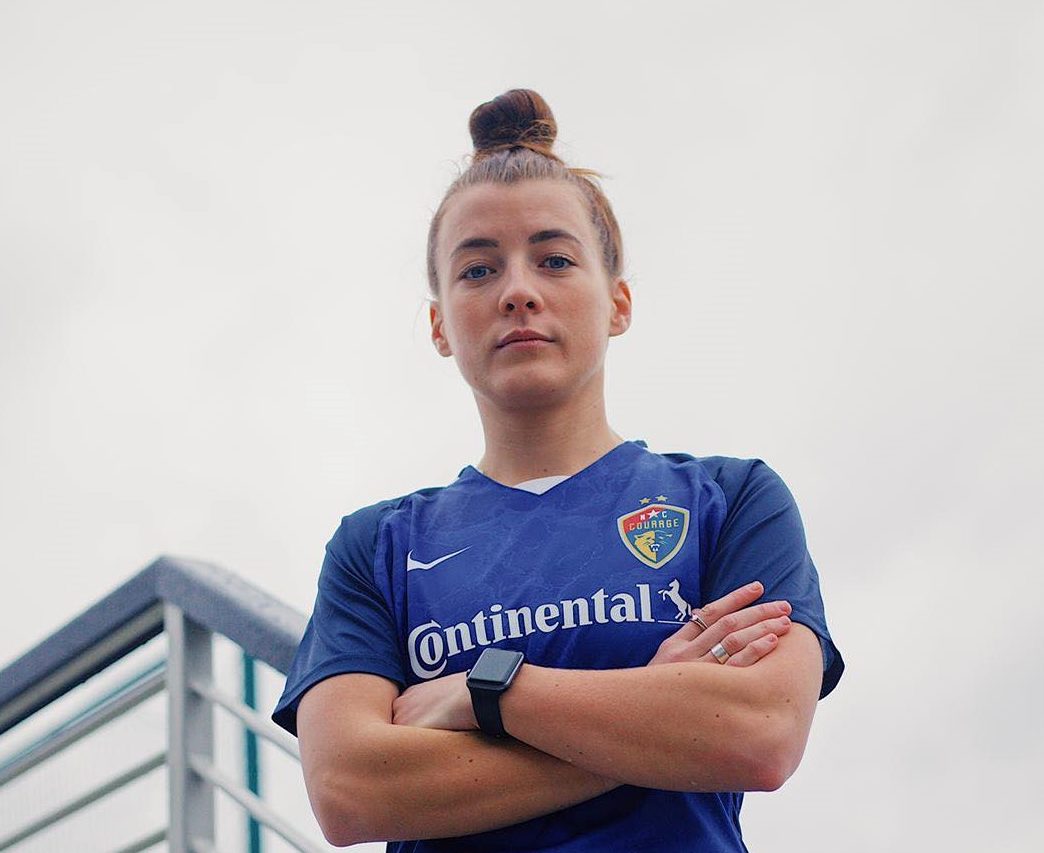 Welsh international Angharad James is heading to America and the National Women’s Soccer League after signing for North Carolina Courage.

The 26-year-old, who has previously stated her desire to play her club football in the States, will join up with the 2018 and 2019 champions in time for the new season in May.

Her deal will initially run for one year, with an option of a second year tagged on and she will contine to be free to play for Wales.

James, who started out with Manorbier Ladies in Pembrokeshire and attended Ysgol Y Preseli, joined Arsenal as a youngster before a four year stint with Bristol Academy.

She’s since had spells with Notts County, Yeovil Town,  Everton and most recently, Women’s Super League side Reading.

And following confirmation of the deal, she paid an emotional tribute to her current club – who she will continue to represent until she leaves for America.

“I want to take this opportunity to say a massive thankyou to everyone at Reading FC for making me feel so welcome during my time here. I can’t thank Kelly (Chambers) and her staff enough,” she said.

“I only have praise and admiration for them for giving me the opportunity to grow and express myself on the pitch and they have been instrumental in my development. And to the girls who I made unbelievable friendships with, I can’t thank you enough and I wish the club every success for the future.

“I’d also like to thank the fans for their continued support. I move to North Carolina in the knowledge I gave everything to Reading and I’ll continue to do so for the remainder of the season.

“Thank you all – from the bottom of my heart.”

The midfielder already has 83 international caps to her name, and recently joined up with her Welsh teammates for a week long training camp that signaled the start of their preparations for the 2023 FIFA Women’s World Cup qualifying campaign, due to start in September.

And like Welsh teammate Jess Fishlock, who is returning to OL Reign after playing alongside James whilst on loan at Reading, her American commitments will not affect her availability at international level.

North Carolina are coached by Englishman Paul Riley and owned by Stephen Malik but professional tennis player Naomi Osaka, who recently triumphed at the Australian Open, is also a significant investor in the team.