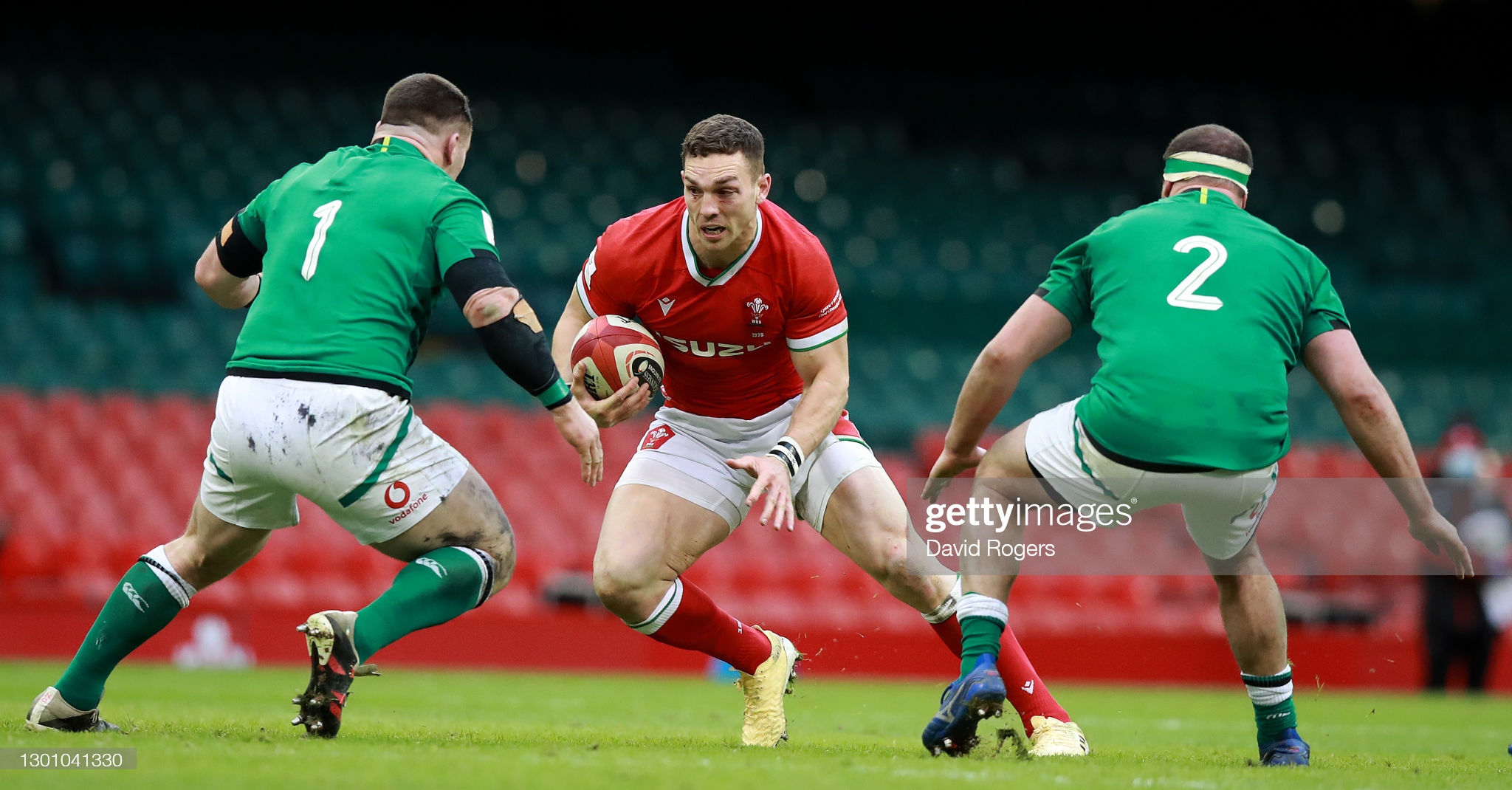 Shane Williams has backed George North to chase down his international try-scoring record after rediscovering his love of rugby and earning his 100th Wales cap.

North, 28, will bring up his century of appearances when Wales face England in Cardiff on Saturday, having missed the win over Scotland last time out due to a foot injury.

Halfpenny failed a head injury assessment against Scotland 12 days ago after going off just before half-time.

Wales head coach Wayne Pivac has made five changes and one positional switch from the side that won 25-24 at Murrayfield.

It will be Navidi’s first Wales start since the Six Nations game against England at Twickenham almost a year ago, while Hardy has not previously featured in the tournament.

North will become the youngest player in Test rugby to reach the milestone, beating Australia’s Michael Hooper by 28 days.

The achievement comes only a few months after the Ospreys wing was dropped by Wayne Pivac amid questions over his form, and Wales great Williams believes North “fell out of love” with rugby for a period.

However, North – playing at outside centre, as he will on Saturday – shone as Wales opened their Guinness Six Nations campaign with a victory over Ireland and, after making a swift recovery from the issue that kept him out at Murrayfield, is now set to become only the sixth Welsh centurion.

“It’s huge,” Williams, who won 87 Wales caps, told the PA news agency of the achievement. “To be a regular in that Welsh team from a young age, he’s been an integral part of Wales and the success they’ve had over the years and it’s good to see him playing with confidence again.

“I think George almost fell out of love with the game for some time and that’s why he didn’t play well.

“He took his try really well against Ireland and he was heavily involved in the other try and he just generally had a good game in a position that he doesn’t play week in, week out. So that says George North is getting back to his best, which is great.

“There are a lot of years left in George, I’m sure. He will surpass the 100 and keep on going.

“He’s a great player and he took a bit of stick as well, so for him to bounce back like that shows the measure of the man and the player as well. It’s great for him.”

Williams was on the opposite wing when North made his Wales debut in a 29-25 defeat by reigning world champions South Africa in 2010.

North scored two tries in that match and his performance out wide may have come as a surprise to Williams given his first impression of the 18-year-old Scarlets prospect.

Williams said: “The first time I saw him in training, I hadn’t even seen him play for the Scarlets to be honest with you. I had no idea who he was. I thought he was a second-rower or a back-rower!

“He walked in full of confidence, but straight away I knew that he was pretty special.

“He played that game against South Africa, scored the two tries and you knew then that this boy was going to go on to far bigger and better things.

“I knew he was a special player back then, but for any player to get 100 caps, you’ve got to be doing something right.

“He’s taken a bit of criticism but he’s come back and it probably wasn’t two or three months ago people were asking why George North was in the Welsh team, saying he hadn’t really played well. But look what he’s doing now.

“It’s great to see that he’s become this player and he’s still young enough to be a better player again. I have no doubt that he’ll continue playing for Wales and he’ll continue smashing the records.”

One of the records in North’s sights will be Williams’ Wales try marker, which stands at 58.

“If there’s anyone who’s going to do it, it’s going to be George,” said Williams of North, who currently sits second on 42.

“He’s still very young, he could potentially play for four or five years.

“Hopefully wanting to beat my record and be the top try-scorer for Wales will keep him hungry and keep him fit and he’ll have the desire there right to the end.

“It wouldn’t surprise me if he goes on to do that.”

Shane Williams is one of Premier Sports’ leading commentators for its live coverage of Guinness PRO14 games throughout the season. To watch just visit www.premiersports.com