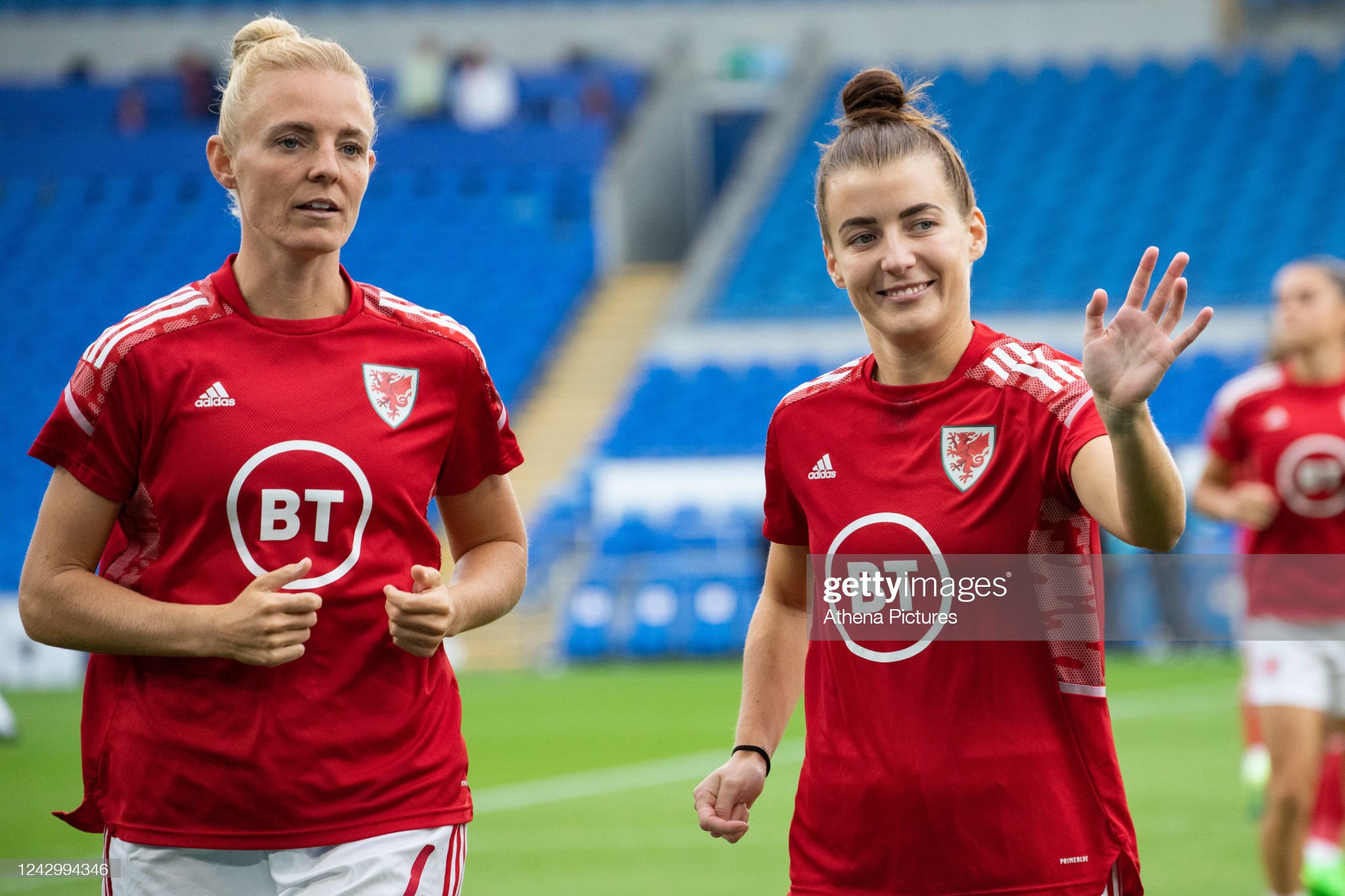 Angharad James achieved two milestones this week – both of which underline how youth is powering the surge of interest in women’s football in Wales.

Firstly, she won her 100th cap for her country and become the youngest to reach that landmark when Wales drew 0-0 with Slovenia to make the World Cup play-offs on Tuesday night.

Secondly, the 28-year-old was part of a team that smashed the record for an attendance for a women’s football match in Wales, with over 12,741 turning up for the game at Cardiff City Stadium.

That level of support has been driven by a new audience of girls, inspired by James, Jess Fishlock, Sophie Ingle and their teammates and given a timely focus this summer with neighbours England hosting – and winning – the Euros.

The Football Association of Wales have recognised the health and social benefits of young girls across Wales being switched onto football, too.

For too many decades the game was a male preserve, but now coaching hubs across schools and clubs are providing a gateway for girls to enjoy regular physical activity.

One recent programme has been the FAW’s Be.Football campaign.

It’s a partnership with the Youth Sport Trust that aims to improve the experience of PE for girls in schools by using football in more relevant ways.

That might mean linking skills on the field with life skills, or building confidence through physical activity, with football again being the vehicle.

It also seeks to improve leadership skills among girls so they, in turn, can help improve levels of physical activity. Role models and mentors are seen as vital to the success of the programme.

Role models were not plentiful when James was at school in Pembrokeshire but the Tottenham player says a helping and supportive hand was essential in allowing her to pursue her ambitions.

“Something I have tried to think about recently are the people who have helped me get to this point,” she says.

“My teachers at Ysgol Preseli were so important in my journey. My coaches from a younger age and players from when I first came into the camp.

“I like to make sure I don’t forget all the help that I have had and I am really looking forward to these games, to have record crowds at Cardiff City Stadium will be incredible. The support will really help to push us over the line.

“My headteacher at Ysgol Preseli, Mike Davies, is a big football fan and does a lot of stuff for Sgorio, the TV programme.

“When I was in school I had to take a lot of time off school because of football. I had to travel to Swansea and Cardiff, the opportunities down west are much better now than what they were.

“He never gave me any trouble, he’d encourage me to take an extra day here and there, he was so helpful and so supportive. He actually texted me this week, so that was great. It was nice to hear from him.”

The FAW have also pledged to make sure the recent increase in popularity of football among girls is sustainable by improving access to the grassroots game.

Among the governing body’s recent pledges was a commitment to getting 20,000 females playing football In Wales by 2024.

That means ensuring every young girl has a local club along with qualified coaches. The stated target is for 600 new female coaches in place by 2024.

Anyone wishing to take up coaching is encouraged to take the newly developed Female Game C Certificate qualification that is aimed at both women and men who want to coach in female football.

At the domestic club level, the recent re-structuring of the women’s game is starting to bed in and an indicator of the potential growth was evident in the opening weekend of the Genero Adran Premier League.

A league record of 1,426 fans turned up to watch champions Swansea City beat Cardiff Met at the Swansea.com Stadium.

Those numbers, the club structure, and the coaching and schools programmes underpinning them were simply unavailable to James 20 years ago.

She admits she had to leave Wales to get closer to achieving her dreams.

“It is important to chase your dream and it was always a dream of mine to play professional football.

“When I was growing up I only saw the men doing it, so I didn’t realise I could do it, too. But you see the game growing, the Euros, the World Cups, its huge.

“I stepped out of my comfort zone; I moved up to London at 15. I didn’t know how to cook, how to clean, my mum did everything for me. To pack up one day and move, it was very difficult.

“I remember ringing my dad up, asking for him to pick me up because I wanted to come home. He said just stick it out for a few weeks and see how it goes and I never looked back.

“Unfortunately, it meant I had to leave Wales, but I followed my dream and I’ve been living it ever since.”