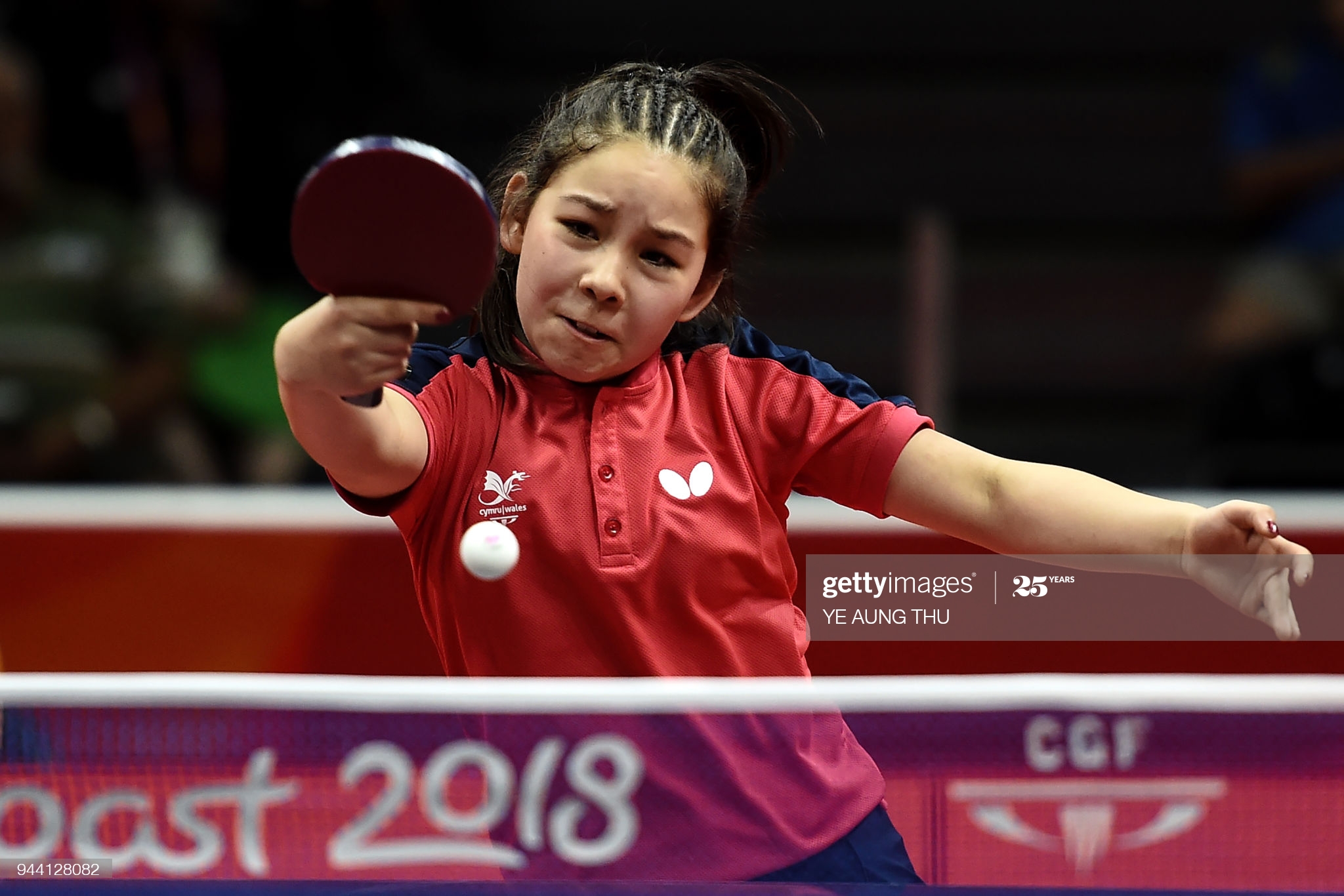 Wales's Anna Hursey saw off rival ranked 15 places above her in world to win girls u17 title in Portugal. Pic: YE AUNG THU/AFP via Getty Images

Anna Hursey underlined her status as one of Europe’s top young players by winning the inaugural WTT Youth Contender event in Portugal.

The 14-year-old triumphed in the U17 girls singles after a thrilling 3-2 victory over 16-year-old title favourite Elena Zaharia in Vila Real.

Hursey, who has also reached Monday’s knock-out stages of the U15 girls where she is ranked No 1 in Europe, won the last four points to take the decider 12-10.

The Romanian is ranked 10 in the world at U17 level – 15 places ahead of Hursey.

“I’m very happy that I won. I was super nervous. But I tried and managed not to show that,” said Hursey.

“There were many upsets in this competition as a lot of high-level players and high seeded ones went out quite early. I had a very though match against Mia Griesel at the semi-finals but I managed to go through that.”

Hursey had won the opening two games before Zaharia fought back to level and looked poised to clinch the title at 10-8 in the fifth game, but Hursey kept her cool to celebrate a famous victory.

Hursey won the opening two games, but after Zaharia took the match into a decider the Welsh TT ace took the fifth game 12-10.

In the semi-finals she beat Germany’s Griesel 3-2 having again won the opening two games having beaten Belgium’s Julia van Hauwaert 3-0 in the last eight tie.

Earlier in the day, Hursey won both her group matches in the U15 girls – beating Uzbekistan’s Dilyora and Michaela Bitoova without dropping a game.

Hursey had reached the knock-out stages of the U17 girls on Saturday when she beat German’s Annett Kaufmann, the European Top 10 champion, in the last 16 round.