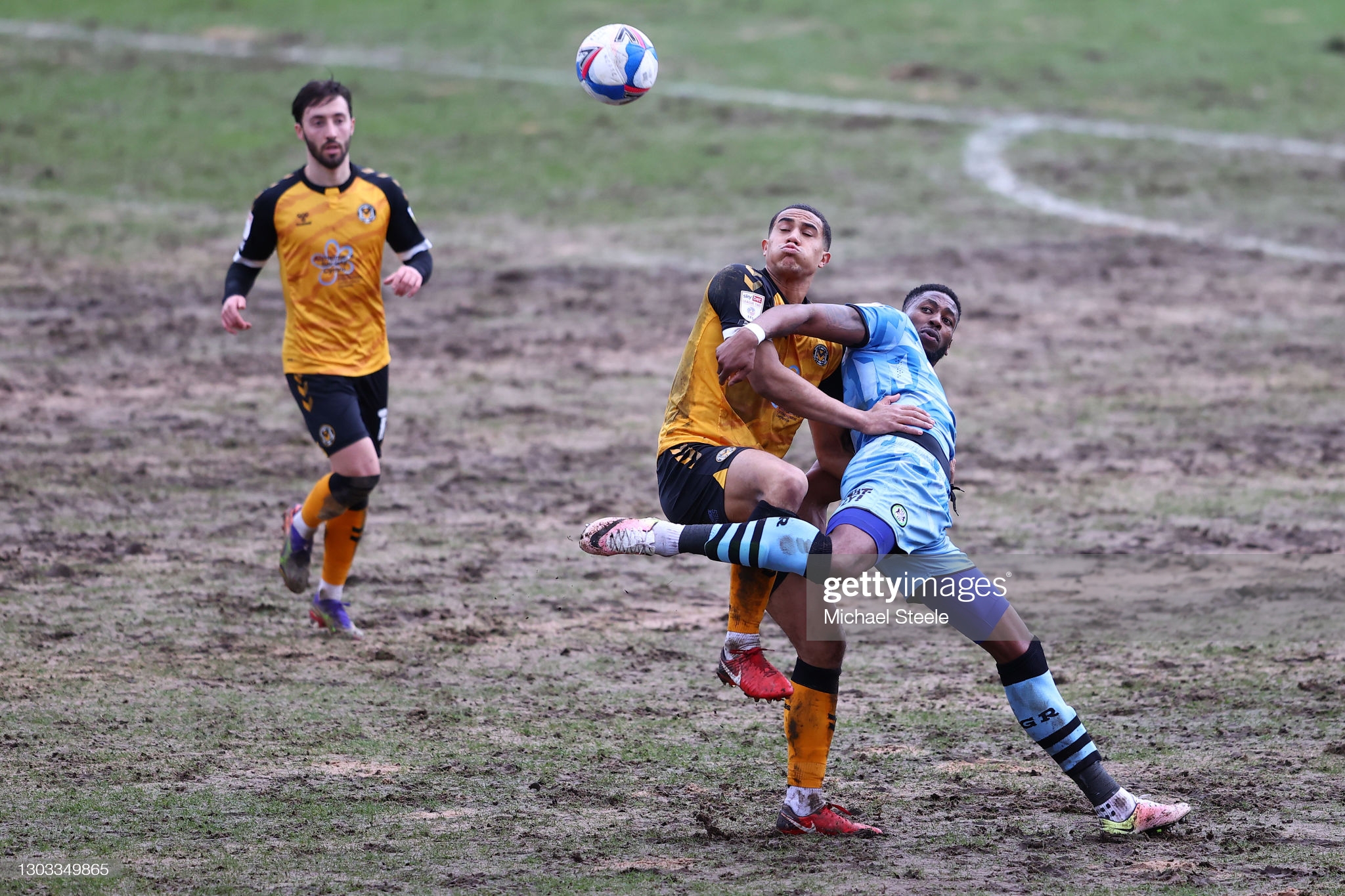 After, how many other players in League Two can boast 63 England caps?

County’s new defender Farquharson can do just that, although his international tally hasn’t been built up playing at venues like Wembley, Stade de France or the Principality Stadium.

Instead, the 23-year-old represented his county on beaches all over the world when he spent three years playing for the England National Beach Football team.

From Santa Maria in Cape Verde to Parno in Estonia, from Catania in Italy, to Sanexenxo in Spain, he has kept strikers in his Bermuda shorts pocket.

But as he battled for points at Tranmere on Tuesday night he may have been forgiven for allowing his mind to cast back to the sun-kissed beaches of Tahiti when he was on international duty a few years ago.

“Whenever anyone asks where is the best place I’ve ever played I always say Tahiti. Some people don’t even know where that is, but it’s next to Hawaii,” said Farquharson.

“It was incredible there, a different way of life and a great experience. A friend of a friend asked me to go and play beach football back in 2014, so I went for a mess about and they invited me back.

“I played for them, toured around the world and it was very good experience that helped me with my touch. I ended up with 50+ caps for England.”

After being released by the Wycombe Academy at the age of 15, beach football proved just the tonic for Farquharson as he plotted his next move.

He went on a route from Bishop’s Stortford to Hitchin, on to Billericay and then switched from Hayes & Yeading in the Southern League to Connah’s Quay Nomads in the JD Cymru Premier League.

In his one season playing under Andy Morrison in north Wales he reached the Scottish League Cup final, won the Nathaniel MG Cup, picked up a Cymru Premier League title and played in the Champions League.

“Playing in the Football League has always been on my bucket list, so that’s why it wasn’t a hard decision to move from the Nomads in January,” explained Farquharson.

“It has been a weird journey, a hard journey and it has made me tougher. I’m always out there hungry and wanting to prove myself – non league made me mentally tough.”

He’s had to be tough since joining Newport given the state of the pitch they play on at Rodney Parade. They’ve only won since since he’s broken into the team, but he’s feeling very much at home.

“There is a bit of sand here, so I’m used to it,” he quipped. “We don’t complain about the pitch because both teams have to play on it.

“We like passing the ball and moving it, so switching a couple of games to another venue will help us. It’s a big step up from the Nomads, but I feel comfortable and certainly not out of my depth.

“The gaffer trusts me, so I owe it to him to keep playing well.”

Farquharson says he owes a big debt to former Manchester City skipper Andy Morrison, who took him to the Nomads.

He flourished under his guidance and was delighted when he didn’t attempt to sand his his way of moving up the football ladder.

It can’t have been easy for Morrison, attempting to hold onto the JD Cymru Premier title, to lose his star defender and last year’s young player of the year in the league.

“Andy Morrison is tough and strong and knows what he wants, but he was kind enough to let me go. He knew that playing in the Football League has always been my dream,” he added.

“More people should go and watch the games in the Welsh Prem because there are plenty of hidden gems playing there.

“They just need to be given a chance and for managers to believe in them as Michael Flynn has done with me.”

The Nomads are back in action this weekend, recommencing their battle with The New Saints at the top of the table, while Farquharson will be back on the beat with County at Colchester.

Next week he will be back at Cardiff City Stadium with the Exiles when they meet Bradford.

At the start of the season he played in the Welsh capital with the Nomads when they made their Champions League debut against Sarajevo in the first qualifying round.

It will be good to be back on an excellent surface and he will want something better than the 2-0 defeat he suffered on that occasion.

“We are right in the mix for promotion and there is no doubt in my mind that we can go up. I definitely want to get a promotion the CV, it would be massive for me and the club,” said Farquharson.