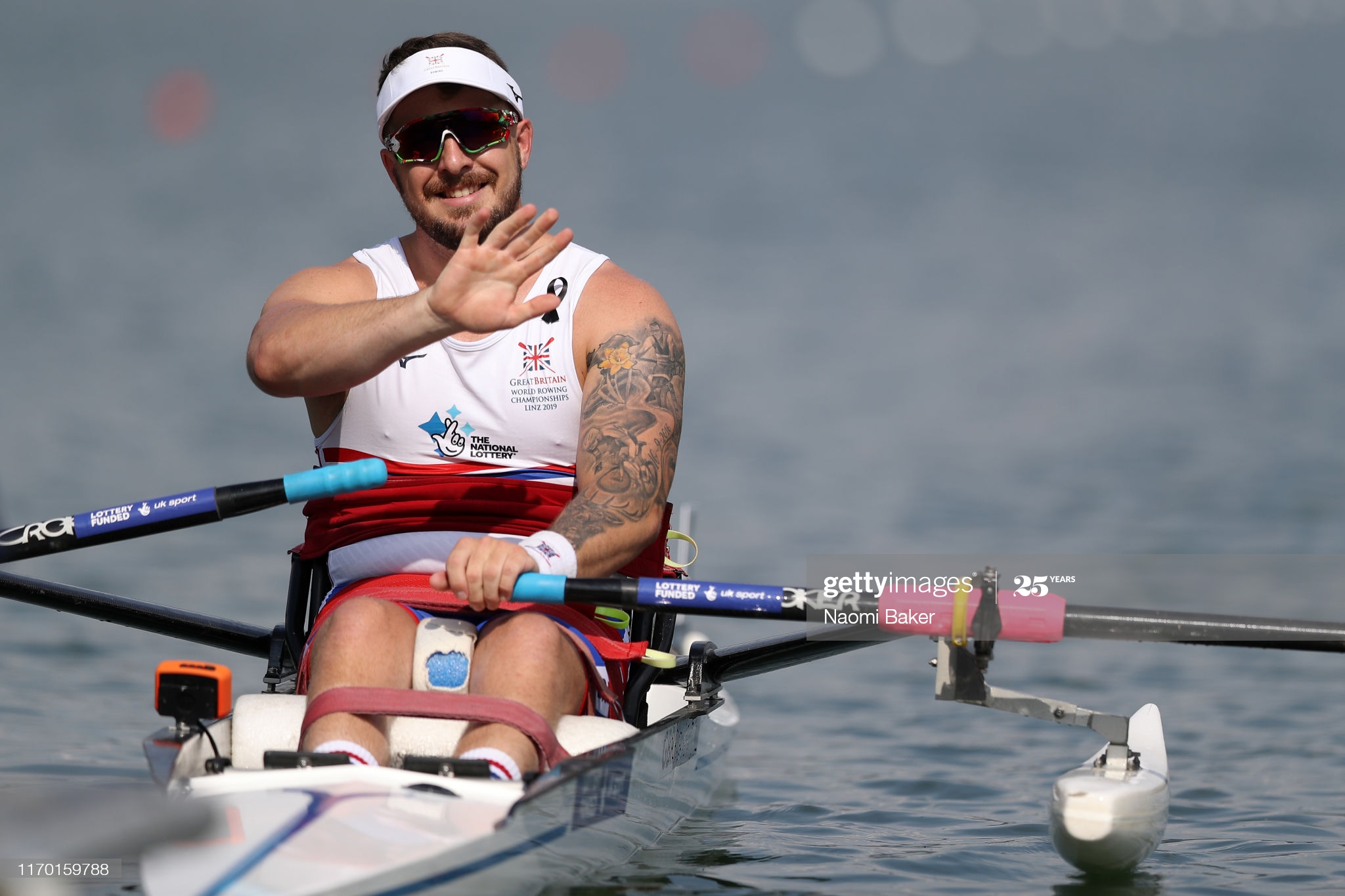 The City of Swansea Rowing Club member was given the award in recognition of his huge progress over the past 12 months that has put him on course for a Great Britain place at the Paralympics in Tokyo in August.

Pritchard picked up the prize in the same week he secured a silver medal at the European Championships despite having to recover from Covid and back injuries earlier this year.

“It’s just a huge honour to win this award and I’d like to say a massive thank you firstly the people who nominated me, and the panel who shortlisted it and to those who have helped me get to where I am – the City of Swansea Rowing Club, Welsh Rowing, Disability Sport Wales and British Rowing,” said Pritchard.

“This is the first win for this year, and hopefully I can go on from here and go on to the Paralympics in Tokyo and win there, too.”

The DSW emerging athlete of the year award went to judoka Deryn Allen-Dyer, while wheelchair basketball player Will Bishop picked up the “inspiring my journey” award.

Five-time Paralympic legend John Harris was recognised with a lifetime achievement award for his fund-raising efforts as well as his pioneering success as a wheelchair athlete.

The Welsh Rugby Union won the Insport organisation of the year nomination.

Fiona Reid, chief executive of DSW, said: “It’s been a tough year but I am so excited to still be able to celebrate all the amazing achievements within disability and inclusive sport in Wales at our awards.

“Congratulations to all our winners and to everyone who was shortlisted. It was a memorable evening full of inspiring stories and despite the challenges over the last twelve months we should be exceptionally proud as a nation.”