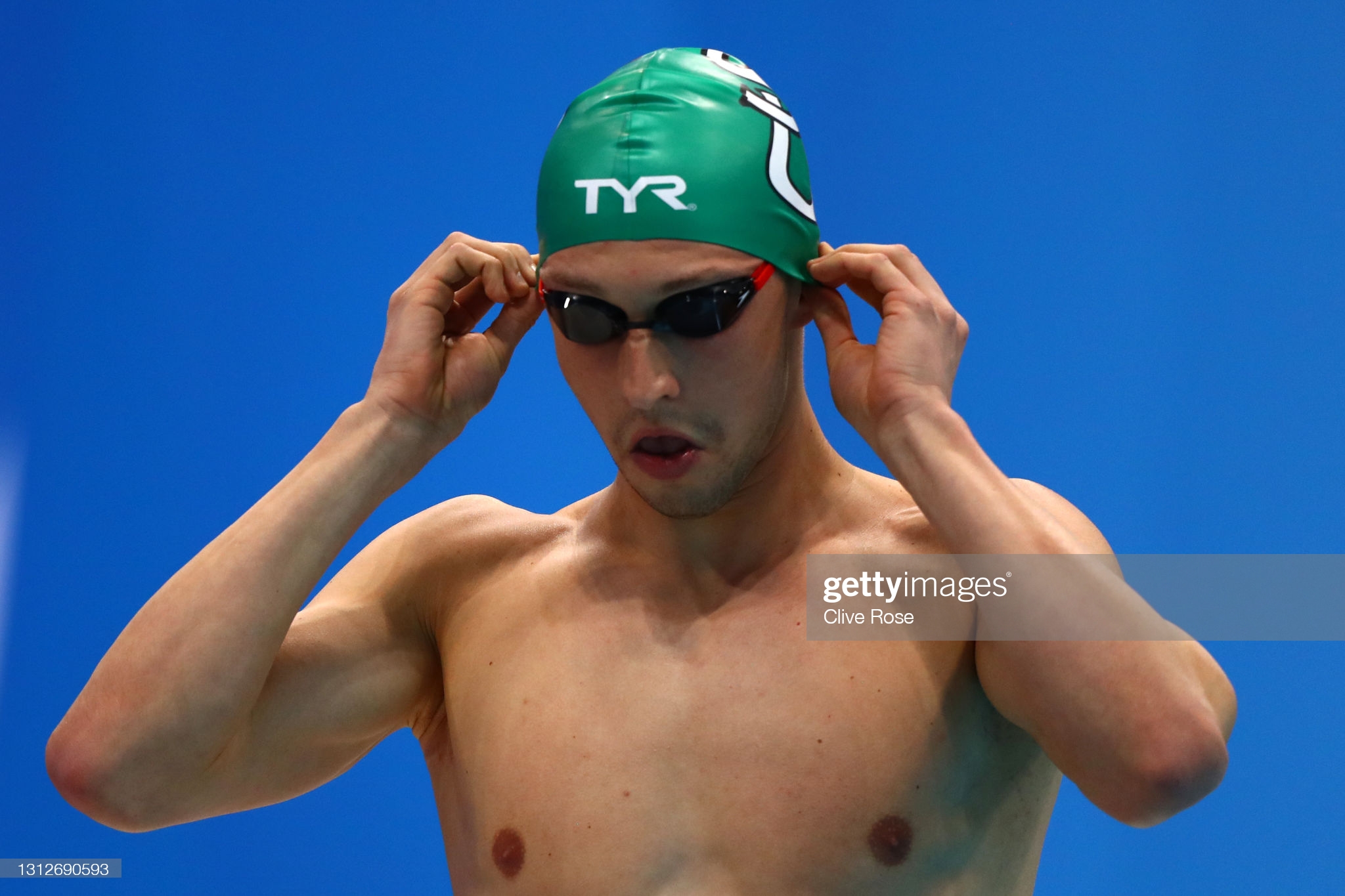 Georgia Davies and Daniel Jervis must wait to see if their Olympic dream will be realised after neither was able to book their place at the British selection trials in London.

Two-time Olympian Davies finished inside the Olympic consideration time in the final of the women’s 100m backstroke on Thursday night, but had to settle for third place in a tough final.

Wales’ Commonwealth silver medalist Jervis won the men’s 800m freestyle, but was agonizingly outside of the time needed.

It leaves the Welsh pair uncertain over whether they will make the Great Britain squad for Tokyo, but both have second chances later this weekend.

Davies swims again on Saturday in the women’s 100m freestyle, while she could still win a discretionary selection in the 100m backstroke, another event or a place on a medley relay team.

For Jervis, redemption could come on Sunday in the men’s 1500m freestyle event where he will start as favourite and intends to seize his chance.

“I didn’t get the consideration time tonight, but I’m going to smash it on Sunday night,” he told the British Swimming coverage in an interview with former Welsh swimming star Jazz Carlin.

“I’m happy with the swim. I was just off the consideration time but coming into the swim today I wasn’t feeling my best.

“I was tired and emotion was still running high from the previous night.

“But I’ve been very fortunate, training in Swansea when we’ve only had a certain amount of swimmers who’ve been able to be in the pool.

“I feel as though with this competition I am kind of swimming for the guys who are still not able to train at the moment in Wales.”

In a World Class line up in the Women’s 100m Backstroke Georgia Davie comes 3rd in 1:00.01 under the consideration time closely followed by Medi Harris in a new PB of 1:00.61

Bird was very close behind Jervis, following his strong swim when he was the shock winner of the men’s 400m freestyle the night before.

Davies took bronze in her 100m backstroke final in a time of 1:00.01, but finished behind winner Kathleen Dawson who had a personal best of 58.24 and Cassie Wild who also broke the minute barrier in 59.51.

Another member of the Wales senior elite squad, Medi Harris finished fourth in a time of 1:00.61.