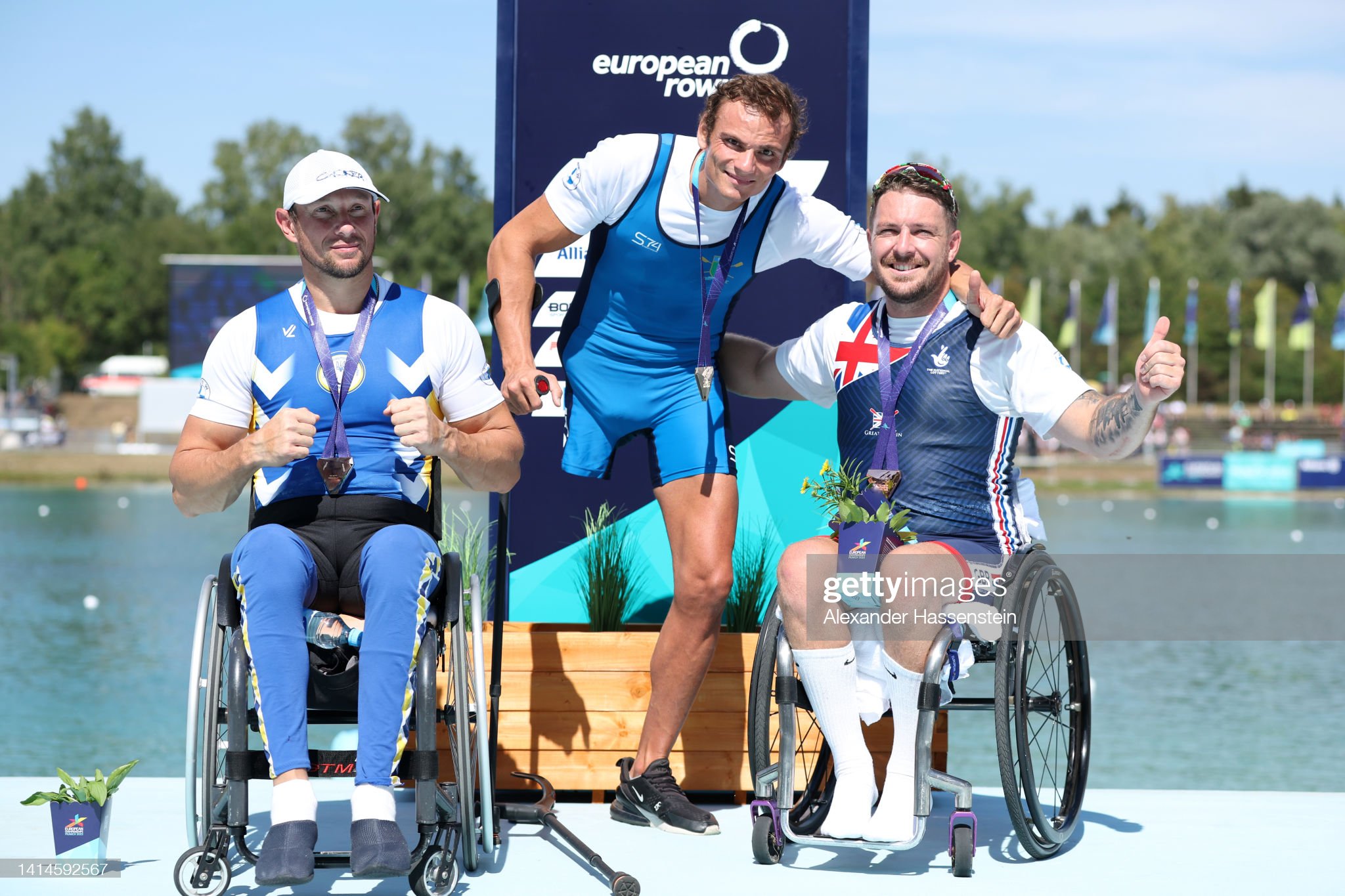 Benjamin Pritchard picked up the bronze medal at the European Championships in Munich. Pic: Getty Images.

Benjamin Pritchard has admitted he left no stone unturned at the European Championships in Munich, after the Swansea para rower won bronze in the PR1 Men’s Single Sculls (PR1 M1x) event.

Pritchard, 30, who had agonisingly missed out on a medal at the Tokyo Paralympic Games last summer, safely navigated his way through the qualifying rounds to set himself in a strong position going into the final.

Having won silver at the World Rowing Cup in Belgrade in May, Pritchard was going into the Championships in confident mood.

The para rower from Swansea finished third, winning a European Championship bronze medal after giving his all, pushing for gold.

Pritchard said: “I tried to go for it but I completely blew it. I gave it my all, but there was nothing left in the tank.

“We had a good race today, I’m happy with the medal, it’s just not the colour I wanted!”

Pritchard didn’t have it all his own way during the Championships. However, the Swansea athlete powered through to take the bronze medal.

“We had a little fiddle with some rigging over the weekend to try and tackle this cross wind that keeps cropping up for my races,” said Pritchard

“I was sat there this morning thinking it looked better and much easier, but as soon as I started the wind started to whip up again.”

In recent weeks, the Commonwealth Games has highlighted how events might be able to merge para sport with able bodied sport, ensuring para-athletes are given the platform to show off their skills.

While it may not be a long-term solution for events such as the Olympics, Pritchard has praised the way in which the European Championships has been organised.

“For sure, it’s always good when we get to come out of para events and are integrated as part of the wider and able-bodied sport,” he added.

“I’m looking forward to going out and watching some other sports”.

“Watching the Commonwealth Games last week was incredible – watching the para sport events being integrated in a multi-sport event – and here we are again doing the same.”