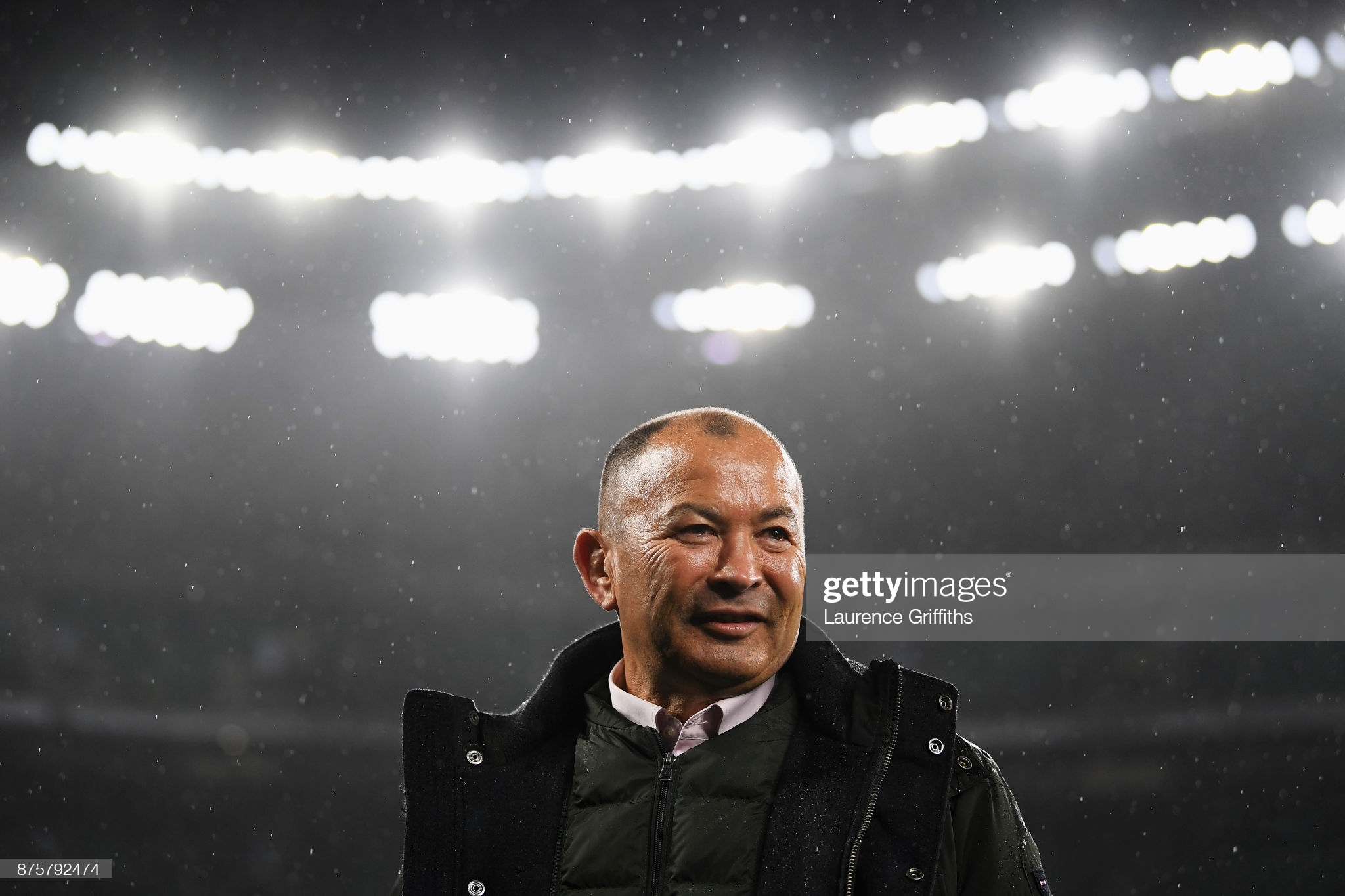 Eddie Jones has told England to pick up their own arousal levels when they face Wales this weekend. But it’s not a case of thinking Welsh fires can melt the mighty iceberg, says Harri Morgan. It’s more about Wales being coldly, clinical themselves.

Expect Eddie’s England to arrive in Cardiff brimming with whoop and holler.

Each milestone in the game will be celebrated to the hilt. Every high pitched rejoice or northern grunt, designed to nudge up the level on their “arousal-ometer”.

An intangible performance metric against which England have been operating at sub-optimal levels. Apparently.

When it comes to this fixture, it is Wales, as a team and a nation who normally look to harness emotion – both immediate and historic – to establish an edge over their dearest rival.

You know, the whole oppressed rising up against the oppressor thing.

Scotland have a similar jam.

Yet, if you think it was fighting and dying for a minutia of hill and glen which got Gregor Townsend’s men over the line against Eddie Jones’ side in round one, then it is time for you tae think again.

I’m not suggesting their performance was devoid of the aggression, excitement and commitment that manifest when the arousal bar is verging on max.

There were plenty of #feels from the boys in Blue.

They just didn’t define a performance which earned Scotland a first victory at Twickenham since 1983.

In the autumn, Wales were “improved”, “better” and “competitive” when losing to England by an 11-point margin. They visibly “wanted it” – but lost.

Welsh fans filtering out of their living rooms were probably quietly delighted they hadn’t been served a drubbing.

An England match, which wasn’t “The” England match, had been preceded by zero shots fired defeats to France, Scotland and Ireland, with a victory over Georgia doing little to boost public perspective of Pivac’s prospects.

It was very much an on-leash performance from the visitors to Parc-y-Scarlets that day.

Satisfied to edge ahead and keep their opponent at arms length, without trusting themselves to take the risks inherent in facilitating a more comprehensive gap on the ledger.

The English algorithm is designed to prevent defeats like that experienced at the hands of the Springboks in the Rugby World Cup final, rather than consistently reproduce the mesmerising performance from the semi-final domination of the All Blacks.

If Jones resists the media outcry for a more expansive outlook – why break habit? – and opts to stick with a policy of squeezing victory via a combination of physical and territorial domination, then what must Wales do to overcome them?

For Alun Wyn Jones to raise the Triple Crown, his team must make the Principality a kingdom built on a foundation of accuracy.

The intricate three-quarter plays, and individual brilliance, of which we got a glimpse in the second 40 against Scotland, will have little baring on the outcome against Saturday’s opposition unless underpinned by excellence in the unseen and mundane.

In isolation, a mis-fielded box kick here, and a scrum penalty there, might not seem like game changers but each error will feed a machine designed to create and steadily capitalise on opposition mishap.

👏 Huge congrats to George North, who will become the youngest player to reach 💯 caps for his country this weekend

Despite the significant improvement at Murrayfield, the English analysts will no doubt have been tasked with identifying the perfect alignment between sun, magnifying glass and the Welsh line out.

“But the stadium has a roof, boss.”

“Just work out how we melt their line out, mate.”

If the visitors can disrupt Ken and his men, then they have a panel of punters who will be primed to send the ball off the island at any given opportunity.

Variety might be the spice of life, but exhausting the weakness of your adversary is far more reliable formula for victory.

Should Wales hit their doubles at line-out time, and put a premium on all other freebie, they will all of a sudden force a problem-solving exercise upon their opposition.

An opponent packed with individual talent, but one constrained of late by their propensity to follow orders to the letter.

Even where Plan A isn’t yielding the desired outcome – or maximising the quality of said talent.

This is precisely what Scotland did.

Whilst attention to detail wasn’t the single driving force behind their victory, it prevented proud Eddie’s army from establishing the foothold from which to establish ascendancy – a position from which they are an undeniable force.

Emotion and arousal might be the headline acts in a rivalry of this magnitude. Even if, on this occasion, there is no coal coming from the Rhondda to fuel the fire.

However, for Wales the primary focus should be on repetitive execution of basic tasks with ice cool precision.

Only that icy temperament stuff will freeze their opponents and leave their arousal levels some way below zero.