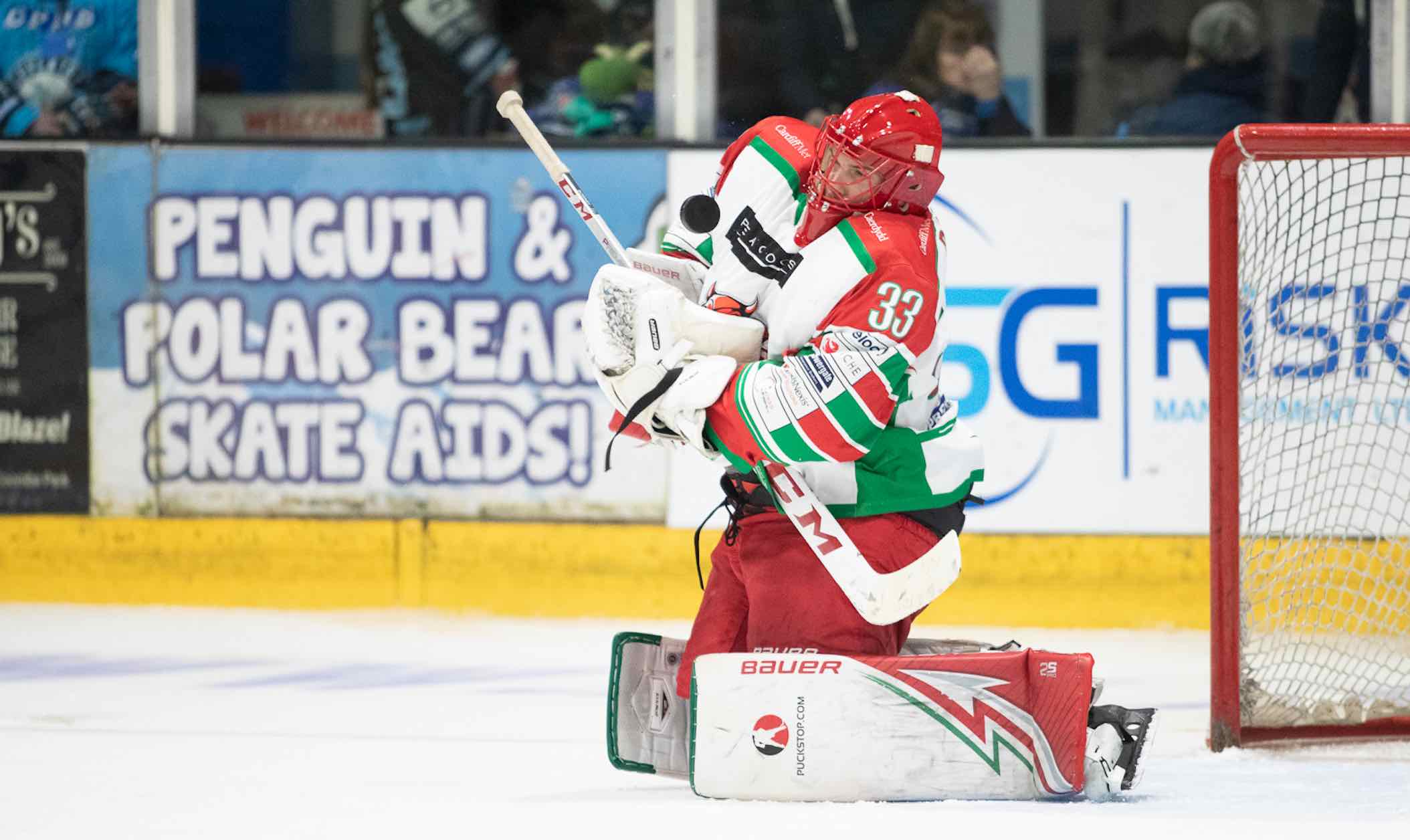 Blair Riley, the winger from Kamloops who won the Elite League title with Belfast Giants last season, is aiming for a 2020 repeat.

He smashed an overtime winner for Cardiff Devils in a dramatic 4-3 win against Coventry Blaze at the Skydome.

“That is a special win at this time of the season,” said head coach Andrew Lord. “Wins now are huge.

“It was a classic Coventry v Cardiff match and we found a way to win in overtime.

“For the first 15 minutes we were terrific,  but Coventry’s first powerplay goal changed the complexion of the game. Blaze fans got into it and Blaze started moving their feet quicker.

“Coventry took it to us and we were poor at that stage, but pushed hard in the third and found a way to win.”

Blaze have now gone 13 League matches without losing in regulation time and they are pushing hard towards the end-of-season play-offs.

The rivals have played each other nine times in League and cup in 2019-20 and Devils have won six of those clashes, five of those wins by a single goal.

The final League fixture between the two is in Cardiff Bay on Wednesday, March 18.

Riley’s winner came one minutes 17 seconds into overtime when he netted with Joey Martin and Gleason Fournier earning assists.

Cardiff were without three imports players – Charles Linglet, Mark Louis and the suspended Stephen Dixon – but powered ahead with man of the match Mike McNamee scoring twice in the opening five minutes for Devils

When Sam Duggan reacted to an earlier Luke Ferrara hit on a teammate he was given a two-minute penalty for cross-checking, allowing Coventry a powerplay opportunity.

Blaze took full advantage when Evan Bloodoff tapped in at the far post with five minutes remaining in the first.

Goaltender Ben Bowns, making the 400th appearance of his Devils career, pulled off big saves to keep Devils ahead going into the second.

Cardiff’s performance levels dipped and Bowns was the best player on the ice for Devils, denying Blaze time and again.

Then, after Matthew Myers was called for hooking, Ferrara ripped a slap-shot past Bowns on the powerplay to make it 2-2 at 34-48.

Coventry went ahead for the first time when Charles Corcoran netted on 49-59.

That fired up Devils and hit back to make it 3-3 and force overtime. An elbowing penalty was called on Ross Venus and Gleason Fournier took advantage with a powerplay goal (51-57).

The next 10 minutes were tense. A once open and feisty game became nervous and scrappy. Devils spent the rest of regulation on top with CJ Motte in the Coventry goal called into action numerous times.

Both teams earned a point because they were level after 60 minutes and the game was decided by sudden-death 3-on-3 overtime.

Cardiff have taken the maximum six points from three matches in five days and stay one point behind leaders Sheffield.

Dixon completed his suspension by sitting out Cardiff’s match at Nottingham Panthers next Saturday (7pm) and can return for the visit of Dundee Stars at the Viola Arena the next evening (6pm).

The 2020 Challenge Cup Final is officially SOLD OUT!

Don’t forget the final will be live & exclusively shown on @PremierSportsTV 📺😈🍊 pic.twitter.com/tHyAR8JZNS