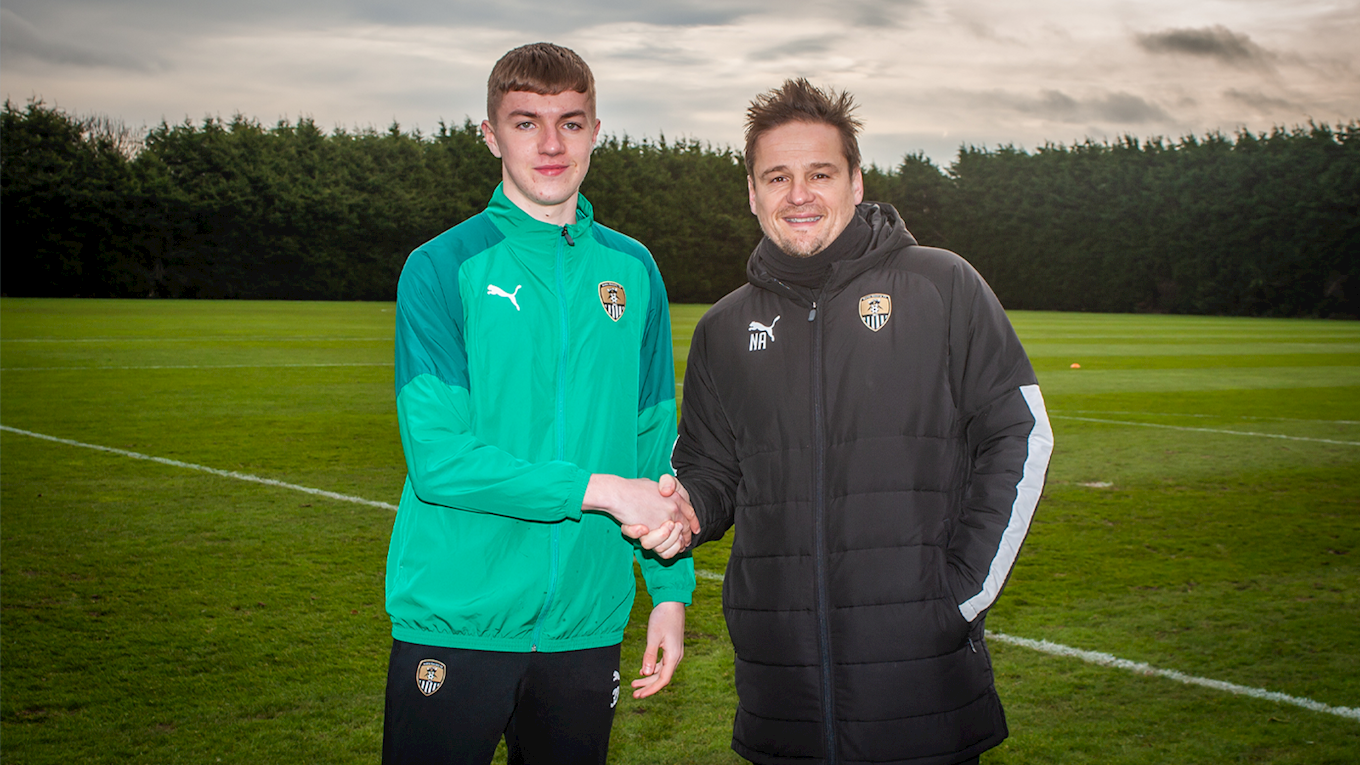 Joel Bagan, the 18-year-old left-back who made his Cardiff City first team debut against Reading in the FA Cup, has joined Notts County on loan.

Former Bluebirds player and Academy manager Neal Ardley is Vanarama National League County’s manager and he said: “We looked at loads of possibilities for this position.

“The players we identified with know-how, experience and knowledge were either too far away in their demands or unavailable because their club can’t replace them outside the transfer window.

“That led to us looking at the best young options out there and Joel was high on our list.

“I spoke to Neil Harris, who is also a friend of mine, and their academy manager. Both raved about Joel. They’ve told me he’s more than up for this and capable of doing a good job for us.

“He may not yet have the experience, but we feel we’ve got a good young player who is educated in his decision-making and good technically.

“He’ll be in the squad for Saturday’s game (home to Woking) and we’ll have time to work with him next week to give him a full understanding of how we play. It won’t be too dissimilar to Cardiff.

“At the end of the month we’ll take a look at the overall situation and decide whether both parties would like to extend the deal.”

Bagan has initially joined Notts County on loan until March 17.

He will provide cover for injured pair Damien McCrory and Zoumana Bakayogo.

Bagan played 82 minutes of Cardiff’s fourth round replay against Reading, a 3-3 draw which the Royals won on penalties, the former Southampton youth player says: “I do like to get forward and help out by creating chances, but I also enjoy the other side – defending and winning the ball back.

“One of my main attributes is my ability to get around the pitch, so I can bring plenty of energy to the squad.

“As soon as I heard about the opportunity to come here I wanted it to happen. Notts County are a big club and to play in the National League will be a great experience for me.

“I can’t wait to start training now, to impress from the start and put myself in the manager’s thoughts.”

Bagan has been given squad number 33 at Notts County.