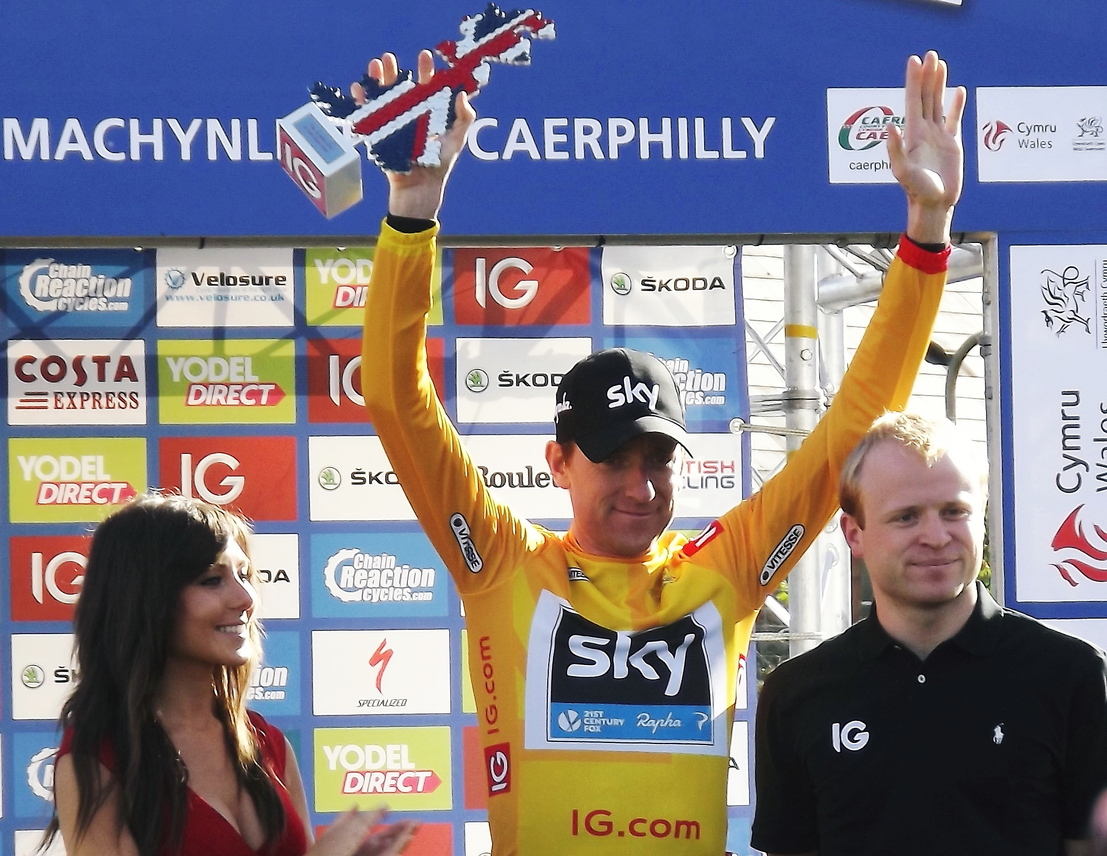 Bradley Wiggins in the leaders yelow jersey at the end of the Machynlleth to Caerphilly stage of Tour of Britain in 2013.

Britain’s first Tour winner reckons even an out-of-form Thomas – who won the world’s greatest cycle race in 2018 – would have been a top 10 contender this year.

Thomas and four-time winner Chris Froome were left out of the Ineos team after disappointing performances at the Criterium du Dauphine.

But while Thomas has returned to form at Tirreno-Adriatico – going into today’s final time trial in third spot – his team saw Egan Bernal’s hold on the Yellow Jersey slip end when he cracked on Sunday’s stage.

“Definitely,” Wiggins said on Eurosport when asked if his former team have missed Froome and Thomas

“I think you take your big players to races like that. Particularly Geraint.

Porte is sixth in the GC standings having finished third on Sunday’s stage when Bernal lost over seven minutes in the mountains.

There has been some debate over how much of a say Froome and Thomas had regarding their race schedule before Brailsford made his decision.

Thomas has insisted he did not want to go to Le Tour as a helper – he finished second to the Colombian in 2019 – and will now focus on next month’s Giro d’Italia while Froome targets the Vuelta  a Espana.

“We didn’t realise at the start how little input they had into their own selections,” added Wiggins.

“I ‘bigged up’ the team and Dave Brailsford saying they [Froome and Thomas] were just as big a part of that decision as Dave and they probably chose to not go to the Tour.

“It’s clearly the other way round and they were a bit pissed off about it!

“It’s a line-up that is so unlike the Sky and Ineos of the past. We’ve just Luke Rowe in there it’s not the team it was from a British perspective of course.

“It’s just lacking something, an experienced head to just call those shots. A Geraint in that team just changes the whole dynamic. It’ll transpire in the next few weeks what exactly happened.”