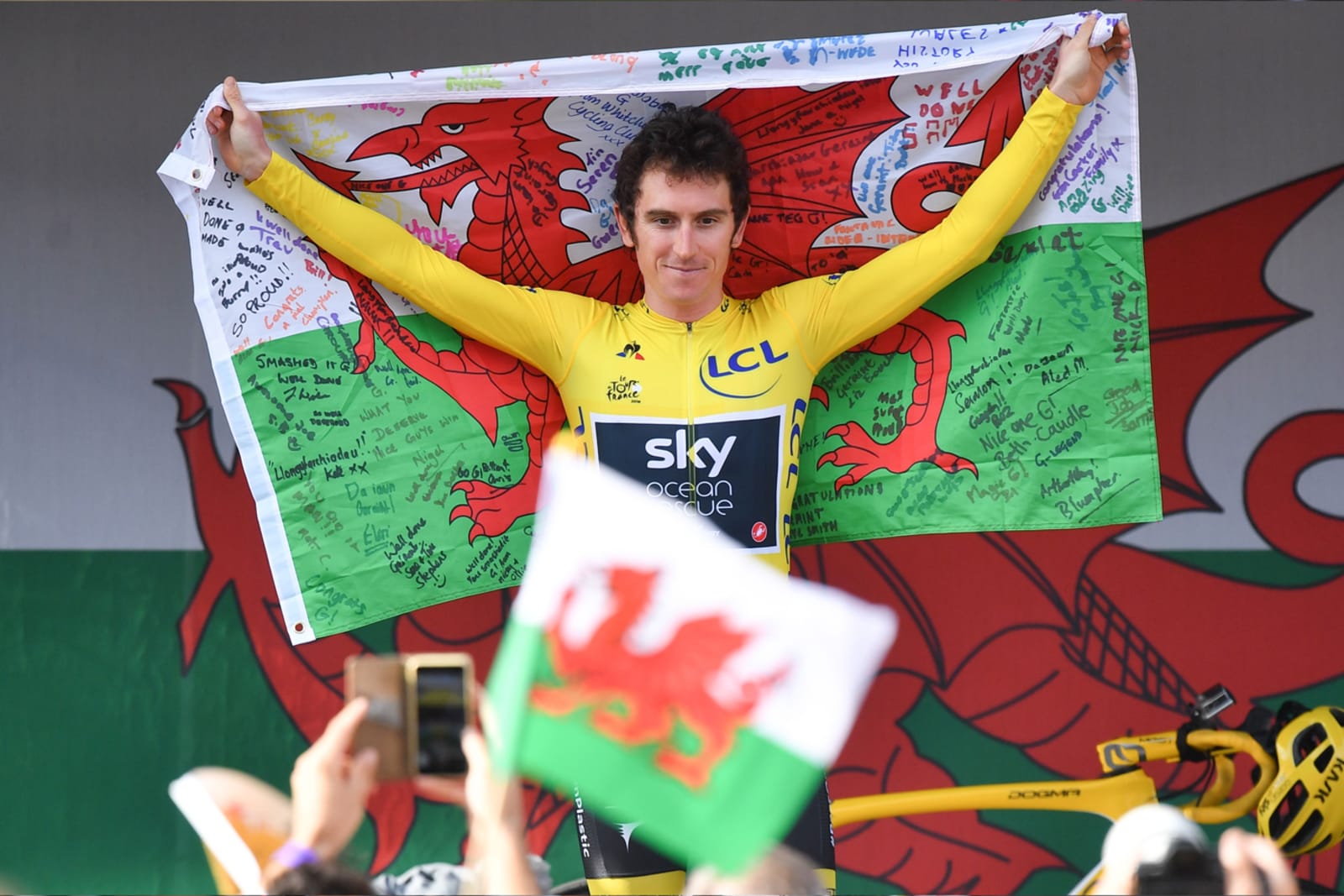 Geraint Thomas had a heroes welcome in Cardiff after his 2018 Tour de France triumph.

Geraint Thomas says he is fired up for a crack at the Giro d’Italia next month after admitting he did not want to go to the Tour de France to make up the numbers for his team.

The Team Ineos rider – currently competing at the Tirreno-Adriatico in Italy – has cleared up confusion over his admission from the Tour which he famously won in 2018.

“I think there were a number of things – not just one thing you can put your finger on and say it was because of this,” said 34-year-old Thomas.

“There were a load of little things, and it happened that I didn’t feel 100 per cent.

“This may sound bad, but I didn’t want to go to the Tour de France, not be 100 per cent and just ride for the team.”

Thomas, speaking to reporters at the Tirreno-Adriatico, added: “I feel I’m at an age where I definitely want to make the most of all the chances I can get.

“It felt like the Giro was a better fit for me this year.

“I still feel I’m at a level where I can still perform for myself, and so I didn’t want to go the Tour in another role.

“It was a disappointment not to be 100 per cent for the Tour, but I’ve definitely done some good work now. I think the extra six weeks will help me.”

Thomas is relishing another crack at the Giro – which starts on October 3rd – having been in contention in 2017 until a crash.

This year’s route includes three time trials which should suit the Cardiff-born rider who is also planning to ride the TT at the World Championships in Italy later this month.

“Obviously, the Giro was a big goal in 2017, but I crashed out. I always said I wanted to come back again, and so this year is perfect for that.

“It was always in the back of my mind to come back and try to get a GC result.”

“I think I’ll ride the TT at the Worlds, but I don’t think the team wants me to ride the road race,” he said. “We’ll see. We’ll decide things after Tirreno-Adriatico.”

9 thoughts on “Geraint Thomas: I’m A Leader Not A Helper”