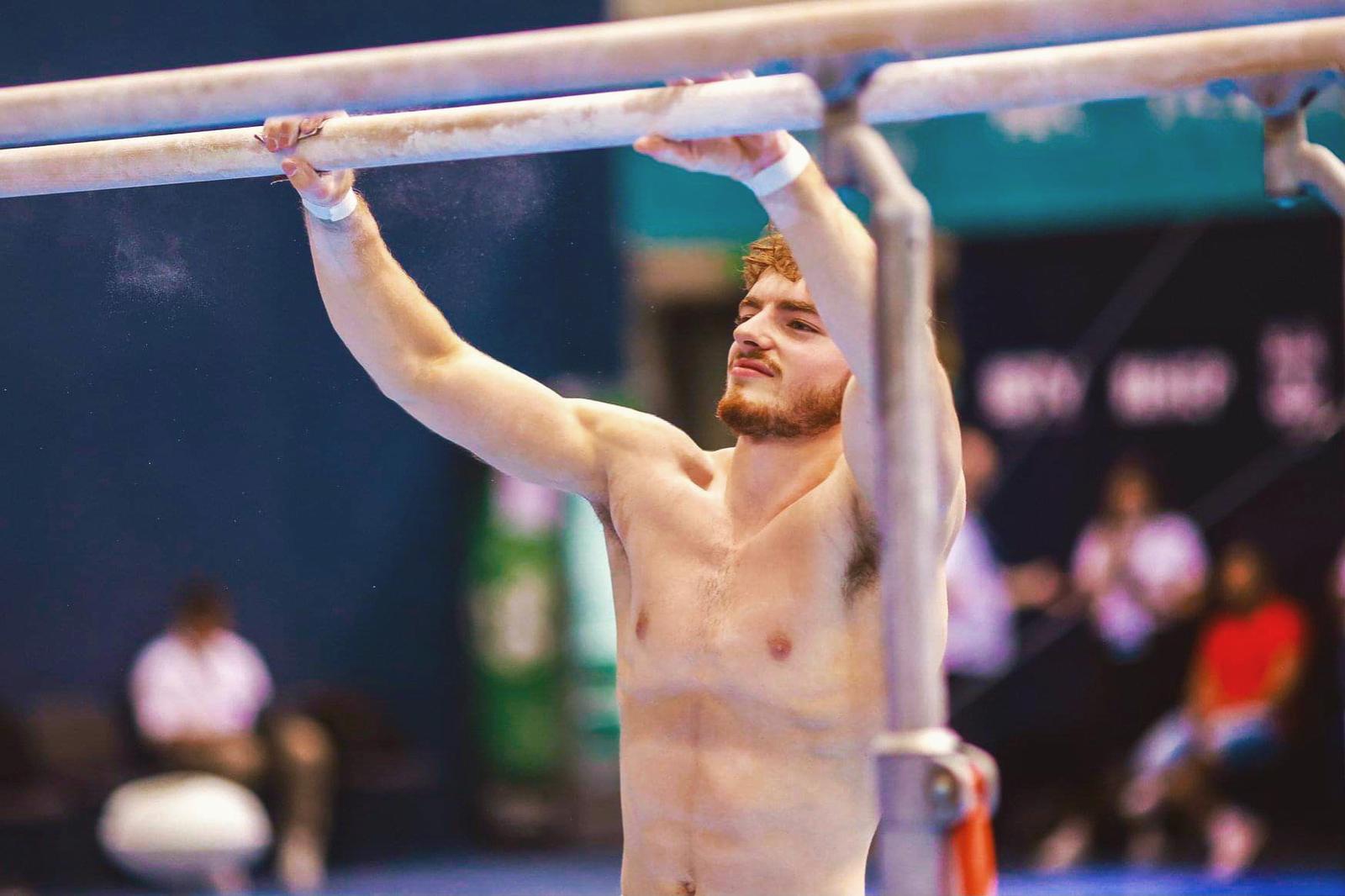 For 2016 Olympian Bevan, it will be a third appearance at the Worlds having competed in Glasgow in 2015 and Doha in 2018 while, for Cemlyn-Jones, it will mark his debut at a major championship.

The selection of the Commonwealth Games contenders is the first time for 34 years that two senior Welsh men’s gymnasts will compete in the British team at an Artistic World Championships in the same year.

The last time it happened was when Andrew Morris and Carl Beynon went to Rotterdam back in 1987.

The last Welsh-qualified senior men’s gymnast to compete at the Artistic Worlds was Commonwealth Games silver medallist David Eaton back in 2003 (Anaheim). Bevan officially switched allegiance to Wales on St David’s Day in 2019.

Bevan, 24, is fresh from winning the British title on parallel bars in Cardiff earlier this month. Six years ago in Glasgow, he was also part of the first British men’s team to win a team medal (silver) at a World Championships and also helped qualify the team for the Rio Olympics.

Meanwhile 22-year-old Cemlyn-Jones added to his growing reputation at the British Championships after walking away with a total of four individual medals to further impress the selectors and enhance his prospects.

He was second only to Nathan in the all-around, bagged silver behind Bevan on parallel bars, while was also second on rings and third on the floor.

“It’s an amazing feeling to be selected, for sure. I’m just going to soak up all the atmosphere and the energy and the experience and just really embrace it.”

Welsh Gymnastics Performance Director Jo Coombs said: “Congratulations to both Brinn and Joe on their selection following a positive return to domestic competitions at the Men’s Artistic British Championships in Cardiff.

“For Joe, it certainly will provide him with valuable world class experience and Brinn the opportunity to be back competing at this level, as well as giving the men’s artistic discipline in Wales a boost towards Team Wales nomination for the Commonwealth Games next year.”

The Worlds Championships take place from 18th-24th October and will be the first time they have taken place since October 2019 in Stuttgart – where Britain’s Max Whitlock MBE and Joe Fraser won the pommel horse and parallel bars titles respectively. Becky Downie won uneven bars silver and Ellie Downie bronze on vault.

“The line-up shows a great mix of experienced world class gymnasts with new faces who are ready to make their mark. We’re confident that we’ll see some very special performances and memorable moments for gymnastics fans to enjoy.

“With an unprecedented competition calendar brought about through the delayed Olympic Games it is great to be able to showcase our depth of talent across the men’s and women’s programmes with the outstanding gymnasts chosen for this World Championships.

“British Gymnastics will be doing everything we can to support the gymnasts and create an environment for them to excel.”