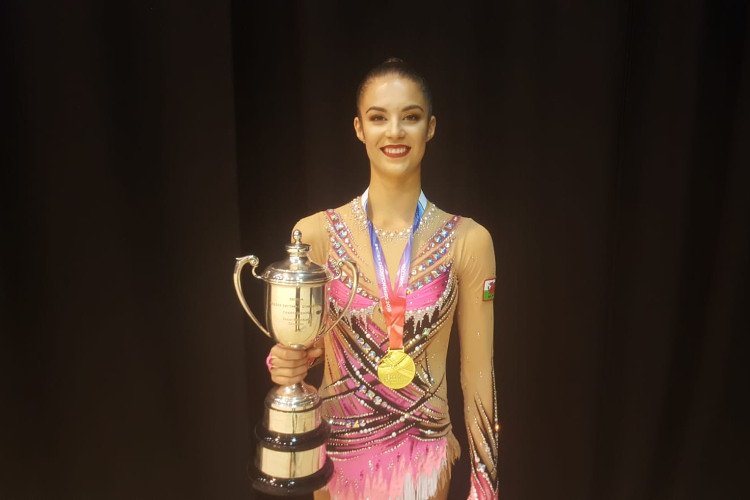 Laura Halford continued the Welsh domination of the British Rhythmic Gymnastics crown as she won her fifth all-round title in Telford.

The 22-year-old made it five wins in the past six years to extend Welsh success in the showpiece event to 11 triumphs in the past 13 years, building on the record-breaking success of Frankie Jones in winning six titles between 2006-12.

There was further Welsh success with Halford’s Llanelli clubmate Gemma Frizelle finishing third overall in the individual event and winning gold in the Ball and bronze in Clubs, Hoop, and Ribbon.

“It feels amazing, even though it was a bit of a struggle. After the Commonwealth Games I had a holiday, so it was a bit of a rush to get ready for this competition. I’m happy that I managed to do it in the end,” admitted Halford.

The domination of the dynamic Welsh-duo of Jones and Halford is shown by the list of recent British all-round champions:

Halford needs one more title to tie with Jones’ record tally of six since the championships were first introduced in 1976. Her cv is starting to look more and more impressive and both she and Frizelle will be heading to the Bulgarian capital of Sophia for the World Championships in September:

Halford has now commanded the space at the top that was once filled by the inspirational Jones and the signs are there is plenty of Welsh talnet following in her footsteps.

In the Junior All Around competition, Skyla Sims, representing Cardiff Central Youth Club, won the bronze medal with an overall score of 34.300 points. In the U12 age group the Llanelli duo of Elizabeth Popova and Emily Cullen won the gold and silver medals.

Popova was not only crowned the British all around Champion, but also swept the gold medals in all apparatus competitions, followed by Cullen in the silver medal position. There was also a clean-sweep in the Under 11 category for Welsh National Squad member Eirlys Jones, who won the individual title and all the apparatus crowns as well.

Grace Owen, from Llanelli, was crowned the British U10 all-round champion as well as Free Routine champion. She also struck silver in the Hoop and Rope events.

In the British Aerobics Championships, Rhys Williams brought his career to an end in fine style as he sent himself into early retirement with victory in the senior individual and Pairs events.