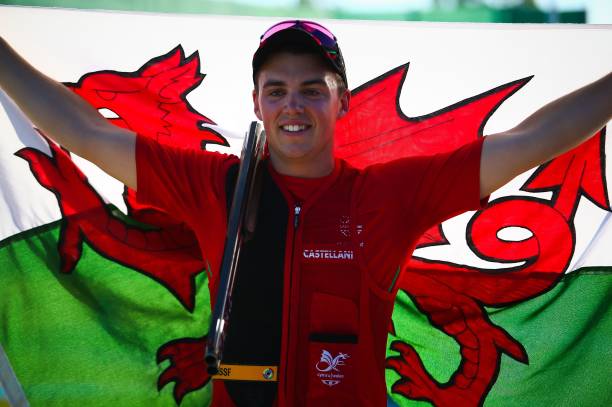 Welsh marksman Ben Llewellin will have a quartet of Olympic Skeet titles to shoot for early next year.

The 26-year-old has been named in the British Shooting team for three World Cup meetings and the ISSF Championship Grand Prix in Rabat.

The World Cup meetings are in Cairo in February, New Delhi in March and Changwon in Korea in April.

Llewellin will first line-up at the Championship Grand Prix in Morocco in January.

Wales’ 2018 Commonwealth Games silver medalist Llewellin has been entered as a contender for medals and rankings points by GB Shooting for all the events.

Llewellin, who has two silver medals from previous World Cup events, will be joined in Cairo and Delhi by Mike Wixey who has been selected for the Olympic Trap.

Fellow Welsh shooter James Miller has been named in the GB team for the men’s pistol category for the European 10m Championships in Lohja, Finland in February.

Llewellin and Miller are two of the six Welsh shooters in British Shooting’s World Class Podium and National AcademyProgramme for 2020-2021.