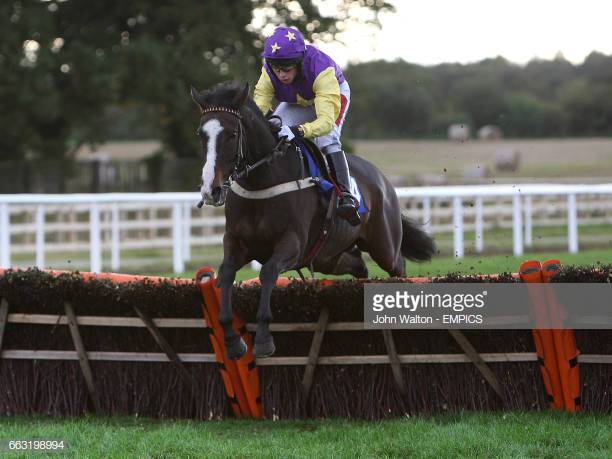 Byron, 31, took the  Confined Race on Tommy Faulkner’s Black Jack Rover then on the same owner’s Mister Robbo he landed the Restricted.

Then after a walk-over on Jason Warner’s Beneficial Joe in the Roger Lewis Mixed Open he completed his four-timer when Luke Price’s French-bred Time And Gain made all to win the Open Maiden.

Black Jack Rover won by one-and-a-half lengths from the favourite Kings Cross then Mister Robbo came home 10 lengths ahead of the odds-on Pancrace ridden by the legendary Will Biddick.

In the closing Open Maiden his mount the French-bred Time And Again, who went off the odds-on favourite, made all the running to win by 25 lengths from Pub Lunches partnered by Emma Moseley.

Time And Again who went wrong after finishing the race is a former inmate of Tim Vaughan’s Aberthin yard.

Merthyr Mawr’s promising young rider Jack Tudor was taken to hospital by ambulance after finishing third on Seniergues in the young horse maiden. Jack is believed to have broken his ankle when the loose Llanbeau collided into his mount after jumping the last fence.

It is hoped that Jack who is being tipped to become the new novice champion rider will soon be in the saddle.

The race was won by the five-year-old Robin Of Sherwood owned and trained in Pembrokeshire by Dai Rees who said: “He’s a lovely horse to train and all going well he will eventually run under Rules.”

The opening Curre & Llangibby Hunt Members’ race went to Autar Singh’s A Tail Of Intrigue who made a lot of the running to score by three lengths from Union Jack D’Ycy partnered by Byron Moorcroft.

The winner, a former National Hunt performer, was partnered Captain Max Chenery, 37, who was riding his first winner in around 10 years. Max, making a first visit to Howick, has been placed in several of the Grand Military race meetings at Sandown Park.

Another Welsh trainer to have a long priced winner on Sunday was Dai Burchell, whose course winner Fact Flow came in at odds of 16-1 when landing the Scoop6SuperClub Handicap Chase under RT Dunne.