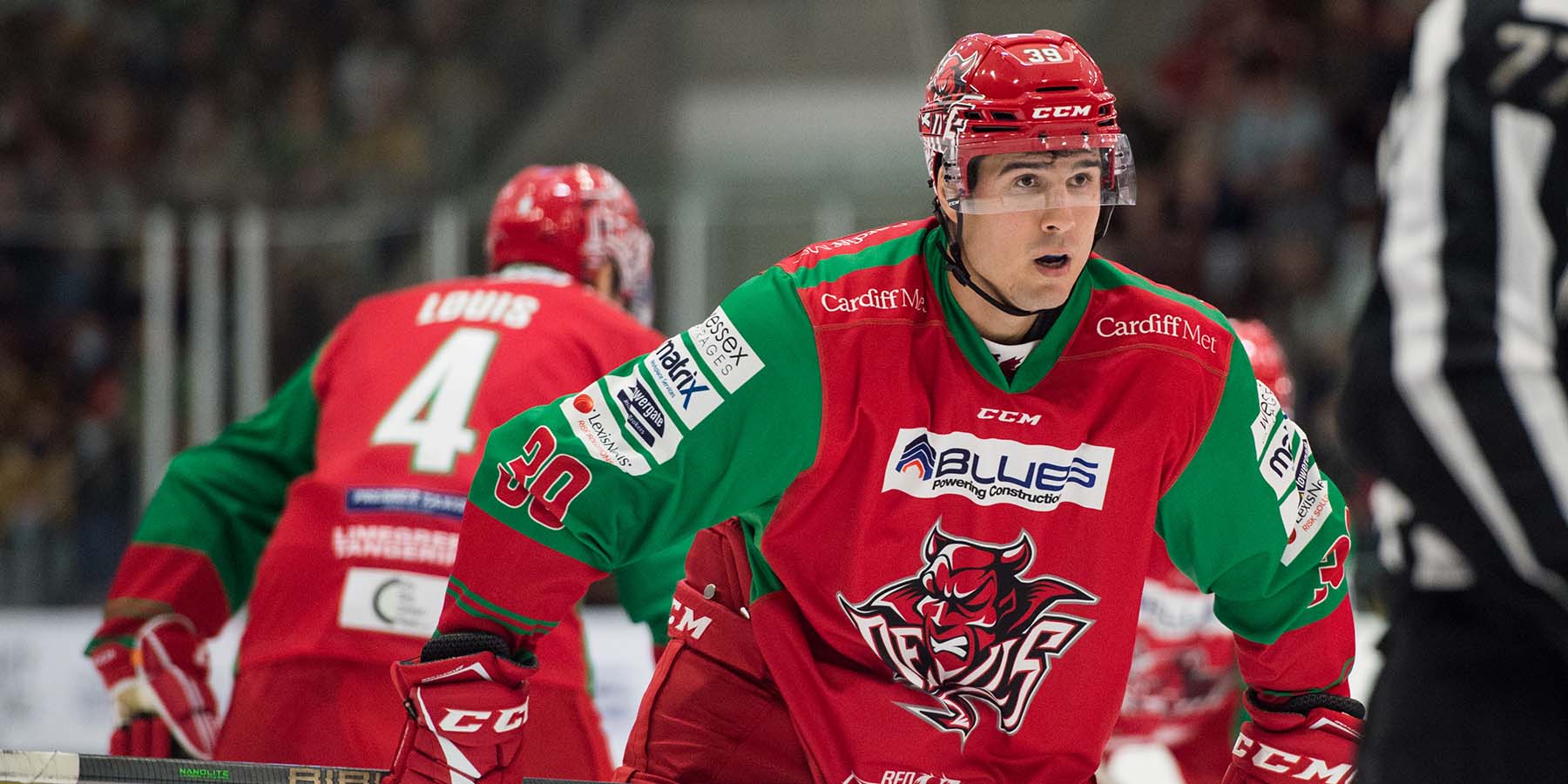 Less than a year ago, Brodie Dupont’s name would’ve been unfamiliar to most Cardiff Devils fans. After all, it wasn’t until mid-August that he was announced as the team’s final signing of a hectic summer of recruitment.

This weekend, the 35-year-old will lead the Devil’s charge into the Elite League Play-Off finals – not from the ice, but from the bench, after an unlikely turn of events brings an unpredictable campaign for the team to a close in Nottingham.

The league’s end of season finale goes ahead with Dupont at the helm for the first time in three seasons, since a very different-looking Devils won back-to-back play-off championships.

Dupont oversaw a hard-fought second-leg victory last weekend, as the Devils avoided a potential upset against the Dundee Stars and set up a semi-final clash with the Guildford Flames.

It’s been a whirlwind few weeks for interim-coach Dupont and long-serving assistant Neil Francis since the sudden departure of head coach Jarrod Skalde earlier this month, with the duo hoping to deliver a third straight play-off title.

And you suspect the season has not panned out as initially expected when he put pen to paper to join the Devils.

Dupont’s signing last summer was touted as the arrival of an experienced centre capable of playing big minutes on the new-look Devils’ top lines.

As a seasoned professional in the AHL and more recently, two productive seasons in Denmark, it was expected that the one time New York Ranger would contribute towards filling the void left by the departure of star player Joey Martin.

In a difficult few months, the move didn’t work out as anticipated. Dupont struggled to make the impact many had hoped, playing on an inconsistent Devils team that blew hot and cold from night-to-night during a period of heavy transition. Dupont’s form (3 goals and six assists in 19 games) suffered as he played through injury, which eventually took its toll as his season was brought to a premature end in December.

Listed on injury reserve, Jake Coughler was quickly drafted in as his replacement and Dupont immediately transitioned into an off-ice role, cutting his teeth as an assistant coach for the first time in career, alongside Francis under head coach Skalde.

Since taking the reins, Dupont and Francis have refrained from making major changes to the team’s lines or playing style, but have been able to find some consistency and momentum and under their leadership, the Devils have suffered just regulation time defeat in six games (4-1-1).

Dupont has remained tight-lipped over the possibility of becoming the club’s next permanent head coach this summer, but delivering the play-off title will, at the very least, make him one of the most unexpected success stories in the team’s history.