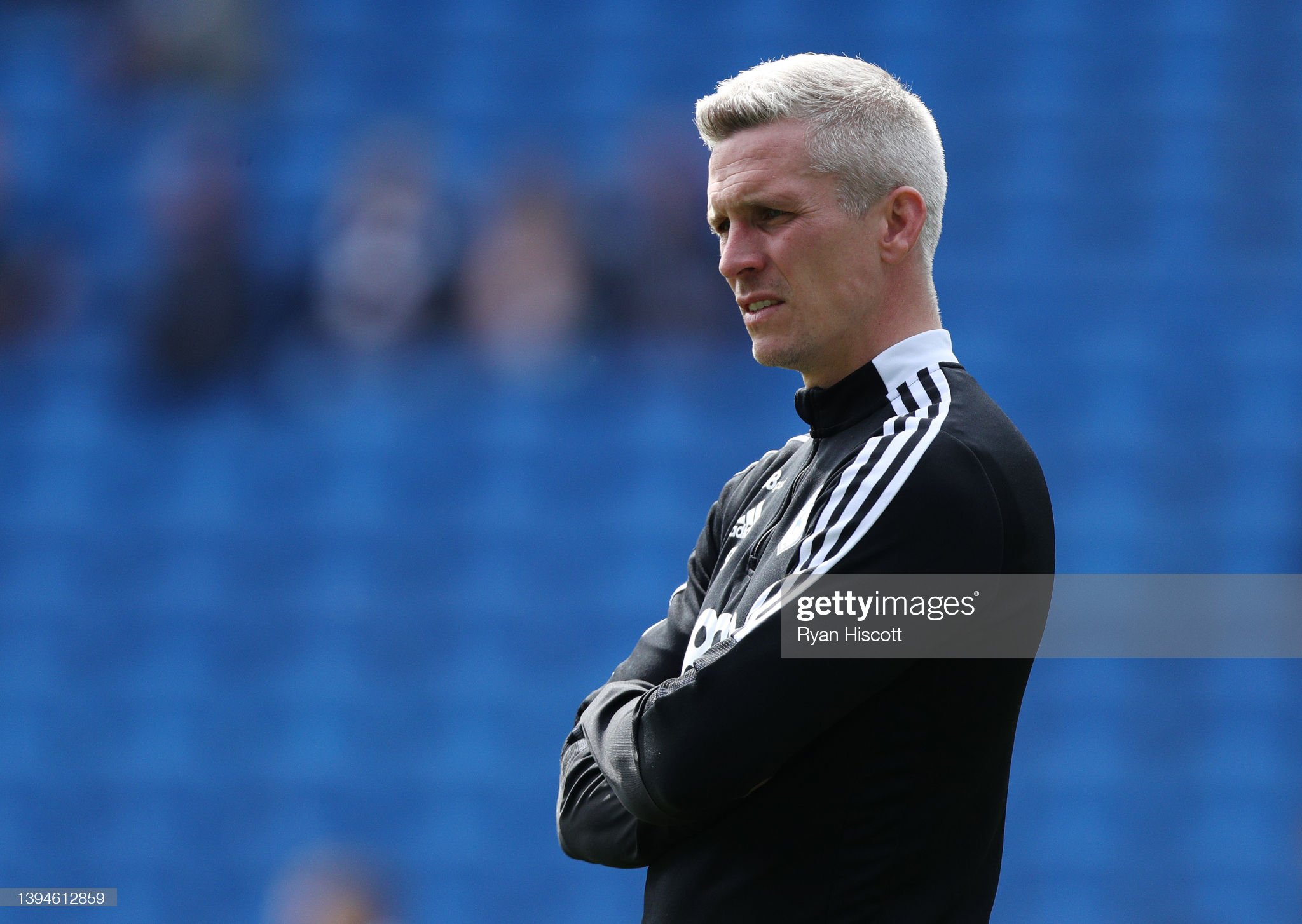 Steve Morison has described promotion from the Championship as his “vision” for Cardiff City next season, rather than a target.

The Bluebirds manager and his team said farewell to their supporters with an underwhelming 1-1 draw at home to fellow strugglers Birmingham City in their penultimate game of the season.

Morison is already looking forward to next season and a busy summer of comings and goings but he is realistic about what the expectations should be for the next campaign.

The former Wales striker – who will plan his first pre-season at the club since taking charge in October – insists every club will believe they can emulate play-off bound Luton Town, but that targets for low budget clubs should be tempered by realism.

Morison – who insisted after the 4-0 home defeat to Swansea City that his brief was to keep the club in the Championship – said: “My brief is to do a lot better than this season.

“It’s to work to a structure and a budget.

“But it’s a difficult one to answer because there is my vision and there is the club’s. The club’s ultimately is always going to be, ‘let’s get promoted.’ That should be the vision for all of us.

“The only time you really have a target is when you have a situation like when I came in, with a few months to go and the target was to get safe.

“Everyone next season will start off with that ambition. If you’re at the lower end of the table, budget-wise, everyone will want to emulate Luton. They’ll think, ‘why can’t we do it?’

“But there will be teams coming down and teams at the top who are going to be thinking they should be getting promoted.

“I would love to get promoted, or get to the play-offs. I just want to produce a team that can carry out the job.

“I also want everyone to enjoy watching the team play and enjoy coming to the stadium.”

Cardiff substitute Will Vaulks stopped the rot in terms of the team’s losing sequence but Morison is already thinking about how much dead wood he can hack off this summer.

Wales midfielder Vaulks levelled with an 82nd minute penalty which prevented the Bluebirds from ending their home campaign with a fifth straight defeat.

But Vaulks is one of 10 players out of contract next month, while five others will return to their parent clubs after loan deals.

He did own cause no harm by coming off the bench at half-time and instilling some method into Cardiff’s madness.

After Jeremie Bela had given Birmingham the lead with a coolly taken goal, Cardiff had looked clueless and toothless until Vaulks and rising star Rubin Colwill were sent on.

Morison admitted: “We have just got to get better in the final third. You can see that – it’s as clear as day.

“The top teams have the best players in those areas because they have moments and they produce. We will bring people in, in those areas this summer. We will have players like that.”

Morison has claimed deals have already been put in place to bring in new signings and that fans will be excited when they are revealed.

He also claims processes at the club have been redefined in his six months in charge and added: “We talk about performance first and the result will follow. We are really clear with what we do, we have real alignment across the board

“It’s on me to get the recruitment right and on the staff to make sure the players can carry out the job in the best physical state they can be.”

The Birmingham might have been a relegation decider had points deductions not been given to Derby County and Reading.

It was low on quality, other than Bela’s finish which was as needle sharp as the through ball from Juninho Bacuna.

But when Cardiff rallied, Birmingham finally subsided when former Cardiff keeper Neil Etheridge brought down Max Watters to give away the spot kick.

That leaves Blues with just one win in their last nine games and uncertainty remains over the future of manager Lee Bowyer.

Birmingham sold out their away fans’ allocation and Bowyer said: “They’ve seen their players give everything with a good performance but not a winning one.

“But there have been many performances this season, home and away, where we should have got more from.

“We didn’t do too much wrong but it’s another case of dropping two points.”