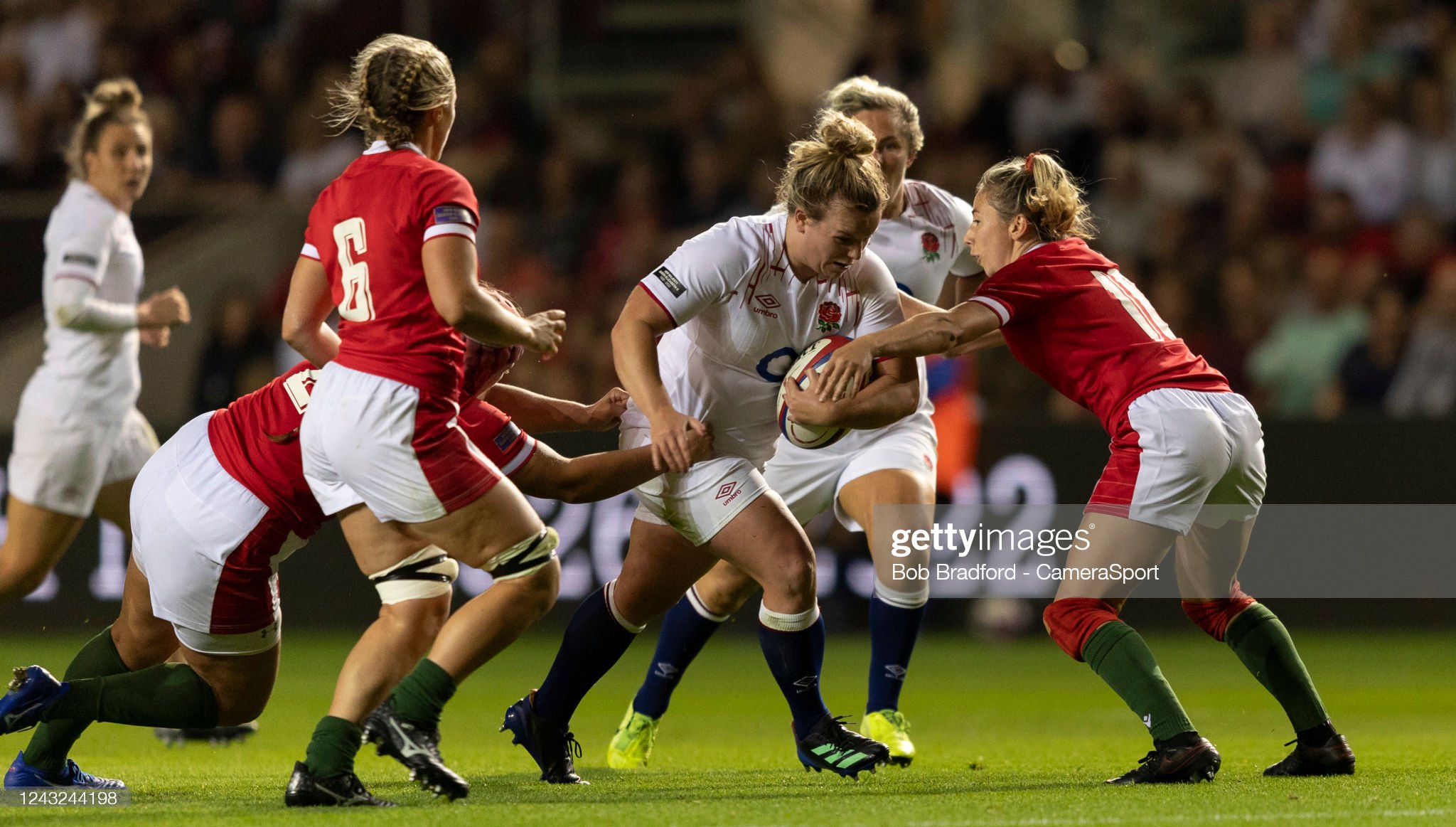 Captain Hannah Jones insists Wales are a better team than the one which suffered the second worst defeat in their history on Wednesday night.

In their final match before the women’s World Cup in New Zealand next month, Wales were hammered 73-7 by England at Ashton Gate in Bristol.

There is no shame in conceding 11 tries to the world champions as England dish out that kind of treatment to almost every opposition they meet, but there was still frustration within the Welsh ranks that they had only managed a single try themselves in response.

The defeat was not unexpected but the scoreline was Wales’ biggest defeat since they lost 83-11 to England back in 1999.

“England are No 1 in the world for a reason. There are lots of learnings for us to take away from the game,” said Jones.

“We’re better than that and we will stick together and try to get things right.  We’ve got to pick ourselves up and ensure we step up to take our opportunities.”

25 Test wins in a row!@EnglandRugby step up their #RWC2021 preparations in style with an emphatic 73-7 win over Wales#ENGvWAL pic.twitter.com/c4sGvOl841

The match highlighted all of England’s strength as well as their dominance within a sport that currently appears alarmingly uncompetitive at the very top level.

Wales head coach Ioan Cunningham wants his side to start believing in themselves as all the focus now turns to the opening game in the World Cup next month against Scotland.

Cunningham pledged to look within to find a solution to his side’s failure to convert their attacking chances into points.

The World Cup opener against the Scots at the Semenoff Stadium, in Northland, on 9 October is now the sole focus of attention for the Welsh team and coaches. They then have to face Australia and host nation New Zealand in their group.

“Everything is about Scotland. It is all about momentum in a competition and if you start well it gives you the opportunity to go further,” said Cunningham.

“There isn’t much time to turn things around before we head off to New Zealand. We’re all in this together, coaches and players, and we have to look inwards and work hard, as I know we will, to turn this around to start on a positive note against Scotland at the World Cup.

Credit to the fight in these girls.

Not a minimal amount playing in England. @NigelWalkerWRU Jesus Christ man… Actually do something!!!

“There is a lot of potential in this side – we‘ve just got to start believing in ourselves and converting our chances. We can’t feel sorry for ourselves anymore and be glorified losers.

“We showed a lot of guts at times but we were second best. We have to take a good look at ourselves and there are a lot of discussions to be had.”

The Red Roses were rocked early on when Gwen Crabb converted a driving line-out to score a try that levelled the scores at 7-7.

After that, though, they went into cruise control and added another 10 tries to make it 25 wins in a row to underline their status as firm favourites to win the World Cup.

“England are the best in the world and are averaging 65 points per game. We’re disappointed with our performance and we just have to look at ourselves,” added Cunningham.

“Scoreboard aside, we missed a lot of opportunities. We created enough chances in the first half, but we coughed up the ball too easily in the scoring zones.

When none of our local sports pubs in Swansea will show the England vs Wales womens rugby, because Chelsea takes priority! Swansea do better for womens sport😕 pic.twitter.com/vow3lNZ40d

“That’s something we have to work on if we are to kick on as a group. Our exit game was better, we managed to get in the score zone and we scored a driving line-out try, which was pleasing.

“We had six opportunities in the first half, but we only had seven points. We have to turn those chances into more points or we won’t trouble teams.

England became the first team in history to win 25 Tests in a row as they also finished their World Cup preparations.