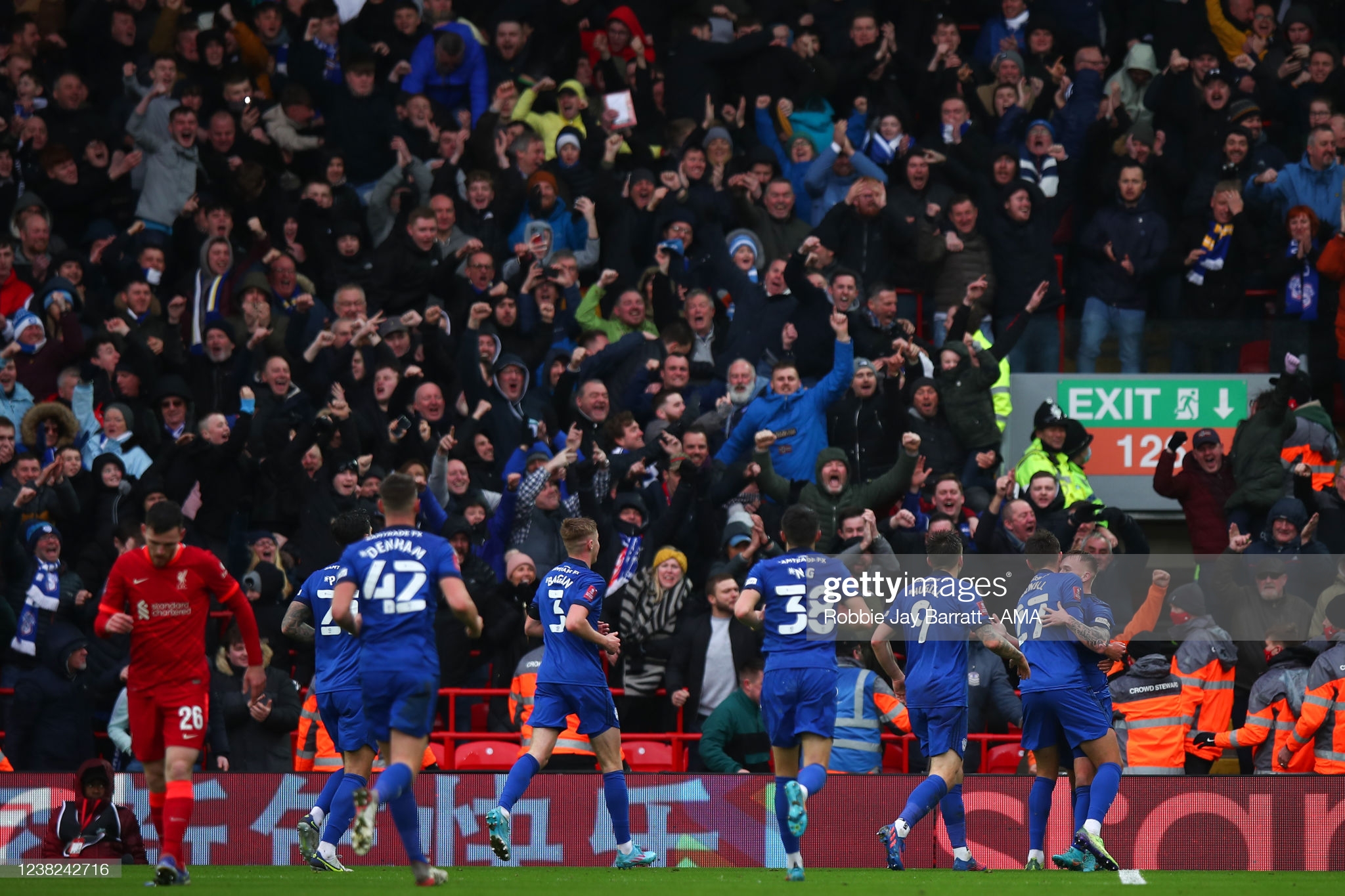 Steve Morison has praised the maturity shown by teenagers Oliver Denham and Eli King after their Cardiff City debuts in the club’s FA Cup defeat at Liverpool.

The Bluebirds manager opted to rest some senior players and give opportunities to youngsters after making survival in the Championship his priority ahead of the 3-1 defeat at Anfield.

It meant full debuts for 19-year-old defender Denham and fellow 19-year-old King, a midfielder who had previously only played 11 minutes of senior football.

“It was his first ever start and I thought he was fantastic. You don’t get bigger challenges than playing Liverpool at Anfield. I also thought Eli King was excellent.

“I thought our intensity, our work, our shape in the first half and when we did take a touch and find a pass we were good. Loads of positives – attitude, application, the whole shebang really.

“The big frustration was the three goals. You don’t mind if Trent Alexander-Arnold puts the ball in the top corner from a free-kick or you get ripped apart but that didn’t really happen.

“We gave them goals. We can’t allow someone to have a free header in the middle of the goal.”

Morison made eight changes to the team which had beaten Barnsley in the Championship last Wednesday, with more than half an eye on Wednesday’s home clash against fellow strugglers Peterborough United.

Goals from Diogo Jota and Takumi Minamino put the hosts 2-0 ahead, before Harvey Elliott scored on his return from injury.

Cardiff pulled one back through Rubin Colwell in the 79th minute but were aggrieved that two key decisions went against them.

Referee Andy Madley rejected Cardiff’s appeal for a penalty after Mark Harris fell under Ibrahima Konate’s challenge when it was still 0-0.

In the second half, Harris was taken out by a rash sliding tackle by Liverpool goalkeeper Caoimhin Kelleher midway inside the Liverpool half.

Kelleher was shown a yellow rather than a red card.

Goalscorer Colwill said: “We were really good in the first half with our shape and limiting them to chances, and we even could have had a penalty.

“After we conceded the goals, we picked it up a little bit and had a few chances on the break, but to score at Anfield with the fans in the background was unbelievable.

“It’s right up there – one of the best goals of my career so far. I saw a miss pass from Firmino, pounced on it, played the ball wide to Isaak (Davies).

“I kept running forward, got it back and then just kept a cool head, putting it in the bottom corner.

“All I want to do is play well. I’ve just been keeping my head down and working hard, trying not to focus too much on the now and seeing the bigger picture.

“Hopefully we can pick up more form in the league and start climbing up the table.”