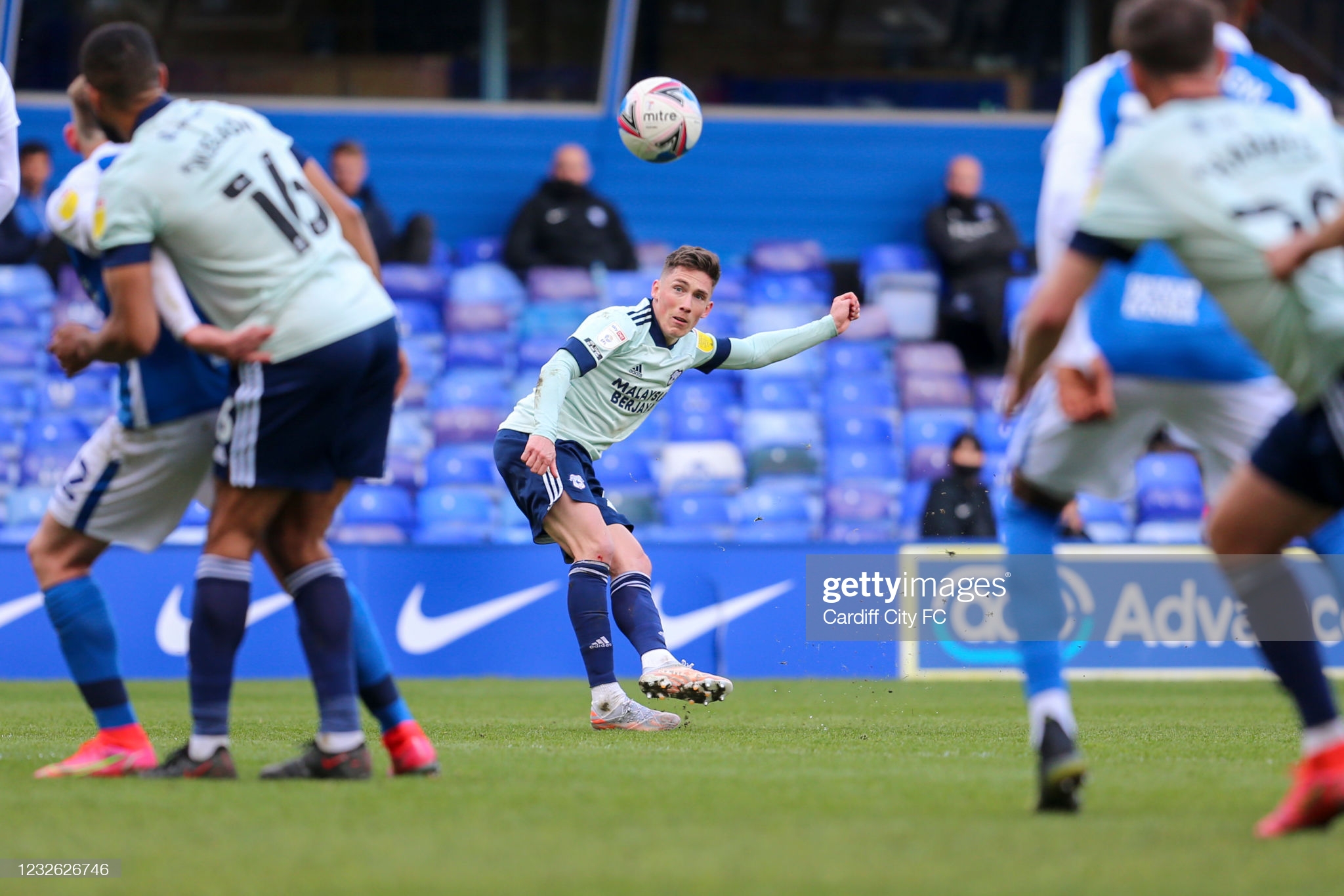 The on-loan Anfield forward scored twice in the first half before starting the move for substitute Mark Harris to score the third prior to grabbing the fourth to seal the Bluebirds’ biggest away win in 10 and a half years.

Two of the 24-year-old’s goals were superbly-struck free-kicks while his first was hit from 22 yards with the outside of his left foot.

“It was as good a hat-trick as I have seen – fabulous,” said McCarthy.

“The first one was absolutely awesome, sublime with the outside of his left foot.

“For the second one, he bent it around the wall and the third one just put the tin hat on it – it was wonderful.”

McCarthy added: “He is Liverpool’s player and I would love to see him play there.

“Why can’t he go back to Liverpool and play there? He’s their player, so they can pick and choose where he should be going.

“I saw him play at Bournemouth and I sincerely hope that (the Premier League) is where he is next year because he deserves to be.”

McCarthy also praised the Wales international’s positive attitude after forcing his way back into the team when he was an unused substitute last week.

“As well as his ability, I love his sheer determination to play,” said the Bluebirds boss.

“He is absolute quality. He’s a great pro, even when he was left out, everybody was shocked, but he responded brilliantly and that’s what I love about him.

“Harry has been arguably our best player. He’s got the Euros and he has earned the right to play in the team with the way he’s been.”

Bowyer was also hugely impressed with Wilson, adding: “Wilson is a proper player, an international player, he is going to the Euros. His movement is so good.”

“I found out the players kept going to the end – they tried and all the young lads were brave,” he said.

“They didn’t crumble, they didn’t hide. They kept trying to do the right thing. I’ve learned a lot.

“All those players can hold their heads high because they haven’t let anyone down. They didn’t let me down.

“I’m learning about the other players that have been on the fringe.

“They won’t play against the power and the physicality of that team every week, but I’m learning about whether players can play from the start.”

For the first goal, Wilson found the top corner with a first-time swerving effort with the outside of his left foot from 22 yards after intercepting Marc Roberts’ pass in the ninth minute.

Then he bent a free-kick low around a four-man defensive wall and into the bottom corner from 25 yards five minutes before half-time.

Harris made it 3-0 on the counter after 68 with a fierce low drive from Josh Murphy’s cross.

Wilson curled a free-kick into the top corner from 25 yards in the 86th minute to complete his treble.