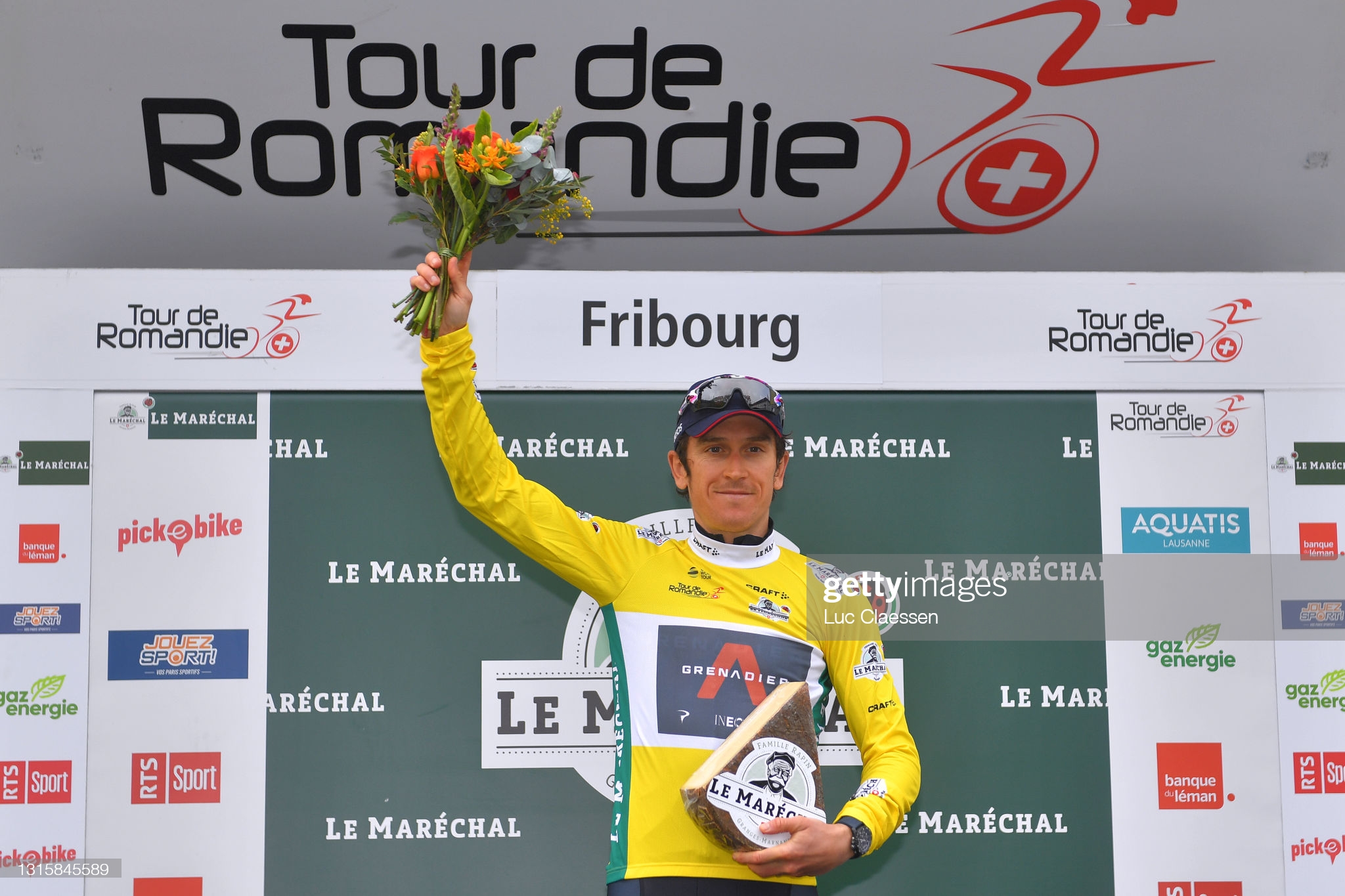 Geraint Thomas said his victory in the Tour de Romandie on Sunday reminded him of his Tour de France success as he claimed his first win since that historic triumph in 2018.

The Ineos Grenadiers rider overcame the blunder that saw his crash in sight of a stage win on Saturday to take the Yellow Jersey on the time trail in Switzerland.

Thomas was third fastest on the race against the clock but that was enough to take the GC honours in a perfect boost for when he bids to regain the Tour crown next month.

“That definitely made it more of a challenge today. Me and Richie came here wanting to win the race with one of us, and now we’re first and second, so can’t complain.”

“To be honest, it kind of reminded me of when I won the Tour de France, the last TT was kind of like this, with the director on the radio telling me not to do anything stupid.

“You start to overthink it a bit then but I’m really happy to finish it off. It’s been a great week for the team.”

“I knew I was going well, I’ve done a lot of hard work, spent a lot of time away from the family so I wanted to make it worthwhile and I’ve certainly done that.

“At the start of the year I said my goal was the Tour and every race was a build-up to it, didn’t really put any pressure on myself to perform early, but it seems we’ve come into some good shape pretty soon and we’ve had a lot of good races building up.

“But it’s nice to finally get the win, break that sort of duck.”

Despite Saturday’s crash in the rain atop Thyon 2000, which left him second 11 secs behind Michel Woods of Canada going into the 16km time trial Thomas was still favourite give his superiority racing against the clock.

The Cardiff-born rider didn’t take any risks as he finished third on the stage won by Remi Cavagna but that was enough to give him victory by 28 secs from Porte as Woods slipped off the podium spots.

“It was all about trying to take the jersey and get around safely,” Thomas added. “Obviously I’d have loved to go for the stage but that last descent was a bit wet so it was just taking it steady and finish the stage rather than risk it all.”