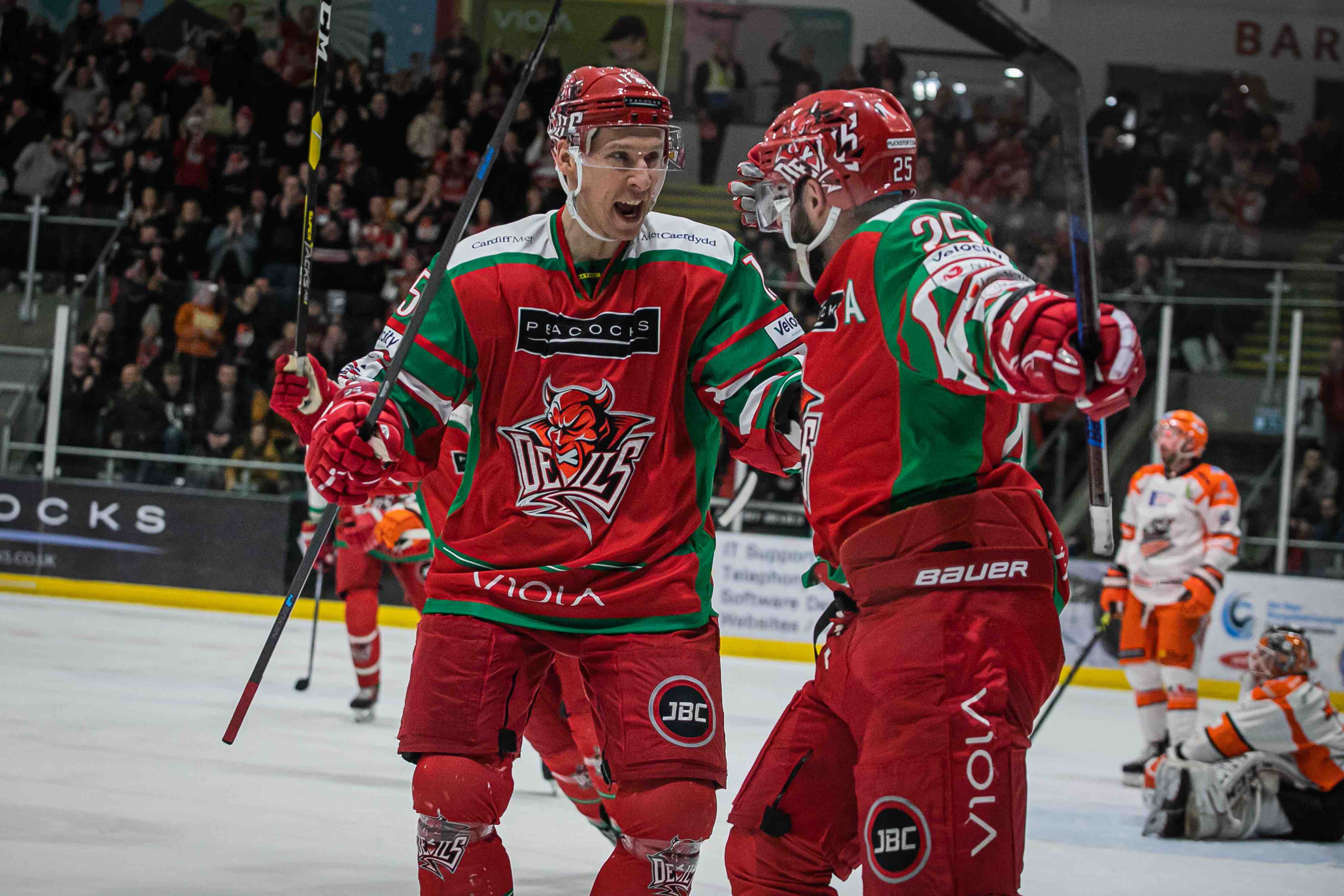 Cardiff Devils have been drawn against Swedish opposition in the Champions Hockey League.

Head coach Andrew Lord and his team will face Farjestad Karlstad in a last 32 knockout tie decided over two legs during October with the winners moving forward to face HC Davos or Vienna Capitals in the next round.

The Farjestad BK ice hockey team was founded in 1956 and they play out of the Lofbergs Arena.

Their team includes former NHL defenceman Jonathon Blum, who was born in Long Beach, California where he was a avid surfer and raised an LA Kings fan in Rancho Santa Margarita. “Little things like that really count.”

He played Kontinental League hockey for Vladivostok, Russia before joined Farjestad for the 2019-20 season and Blum has committed to the Swedish club again.

The playmaking D-man was chosen in the first round, 23rd overall, by Nashville Predators in the 2007 NHL entry draft, later joining Minnesota Wild and making a total of almost 100 appearances at the top level.

Back to Sweden we go 🇸🇪

Karlstad is a city of 60,000 people and is built on a river delta where Sweden’s longest river, Klaralven, runs into the country’s largest lake, Vanem.

It is reputed to be one of the sunniest places in Sweden.

The European draw was made in Zurich by CHL president Peter Zahner and chief executive Martin Baumann.

A total of 61 games will be played over the course of nine game days between October and February during the 2020-21 CHL campaign.

The tournament culminates on February 9, 2021 with the one-game final.

The opening games are scheduled to take place on October 6 and 7 with the return legs a week later on October 13 and 14.

During the last three seasons the @championshockey has taken us to 🇨🇭🇦🇹 🇨🇿 & 🇸🇪

Where will it take us this year? Find out at 5pm – live on @FreeSports_TV or the CHL website! pic.twitter.com/ifOkqjF6S9

Cardiff Devils have announced their first two signings for the new Elite League season – forwards Joey Haddad and Joey  Martin. More will be added over the next few weeks.