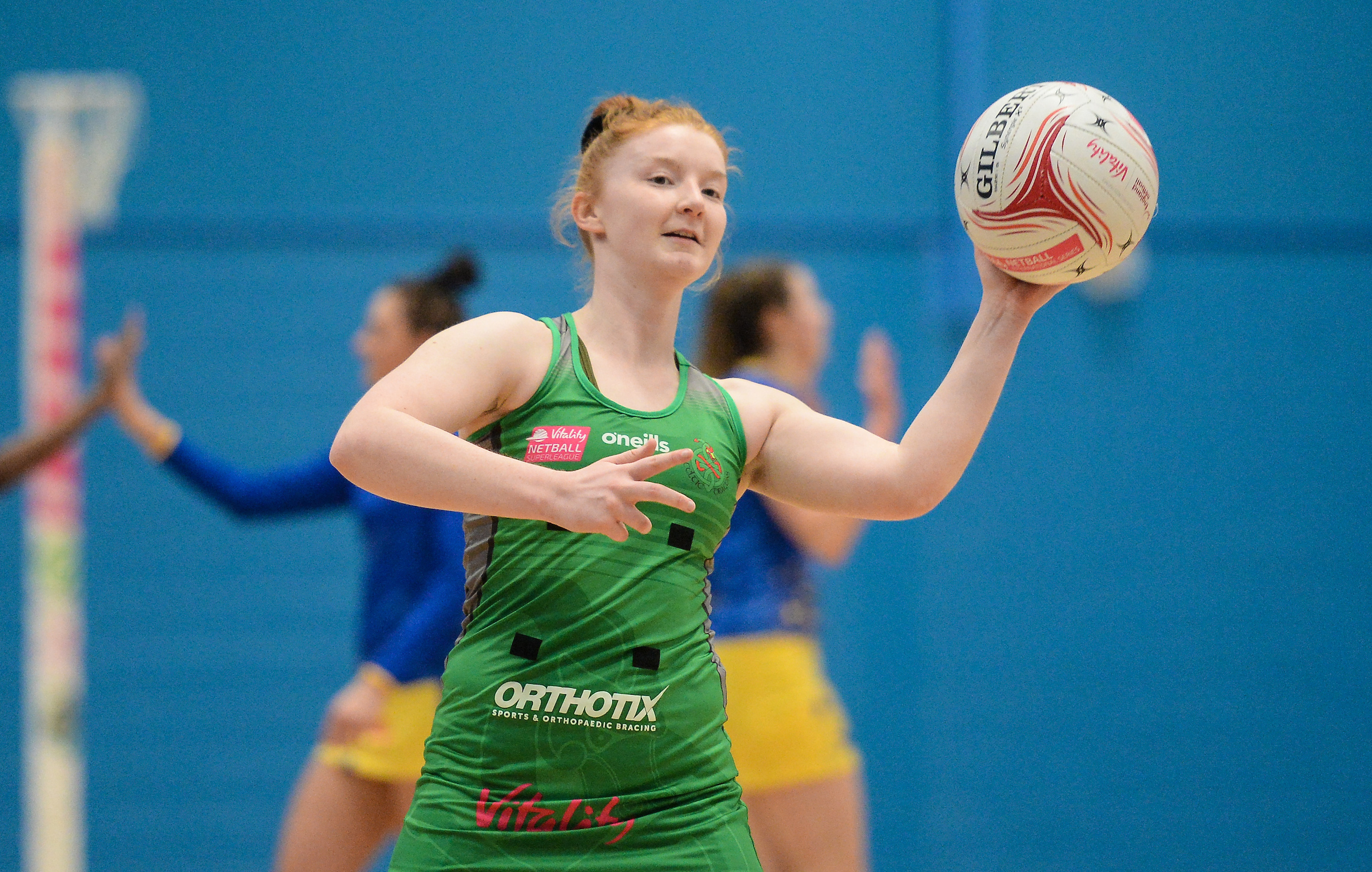 Shona O'Dwyer has skipper Wales U21s to success and made impact in Superleague. Pic: Sporting Wales 2020

O’Dwyer joined from Severn Stars for last season but saw her maiden campaign with the club halted by the league’s suspension due to COVID-19.

“Even though the 2020 season was cut short, it was an enjoyable and positive experience,” said the wing attack/centre.

“The environment created by the coaching team and players promoted progression and development and we began to build some strong strategies and put them onto court.

“As a result, I was extremely keen to re-sign for Dragons this season and continue the work we had started last year.”

O’Dwyer made her Superleague debut at Severn Stars but has also represented Wales in three age group Netball Europe competitions.

She led Wales U21s at the 2019 Netball Europe tournament in Worcester, captaining the team to emphatic wins over Scotland and Northern Ireland as they claimed the silver medal.

O’Dwyer, studying for a PGCE with the aim of becoming a secondary school maths teacher, will continue to play for Hucclecote Netball Club in the English Premier 1 Divison.

Tania Hoffman, Celtic Dragons Director of Netball, said: “Shona is a fantastic young player and brings an amazing work ethic and dynamism to the squad.

“Shona exemplifies the kind of netball we want to play. Fast, decisive and assertive.

“With a great club career at Hucclecote, and having been around the Superleague for a few seasons and breaking into the Welsh senior set-up, Shona has experience beyond her years. She will be a big part of our plans for the coming year.”

O’Dwyer is the third player confirmed by the Dragos for the 2021 season joining skipper Sophie Morgan and Laura Rudland.