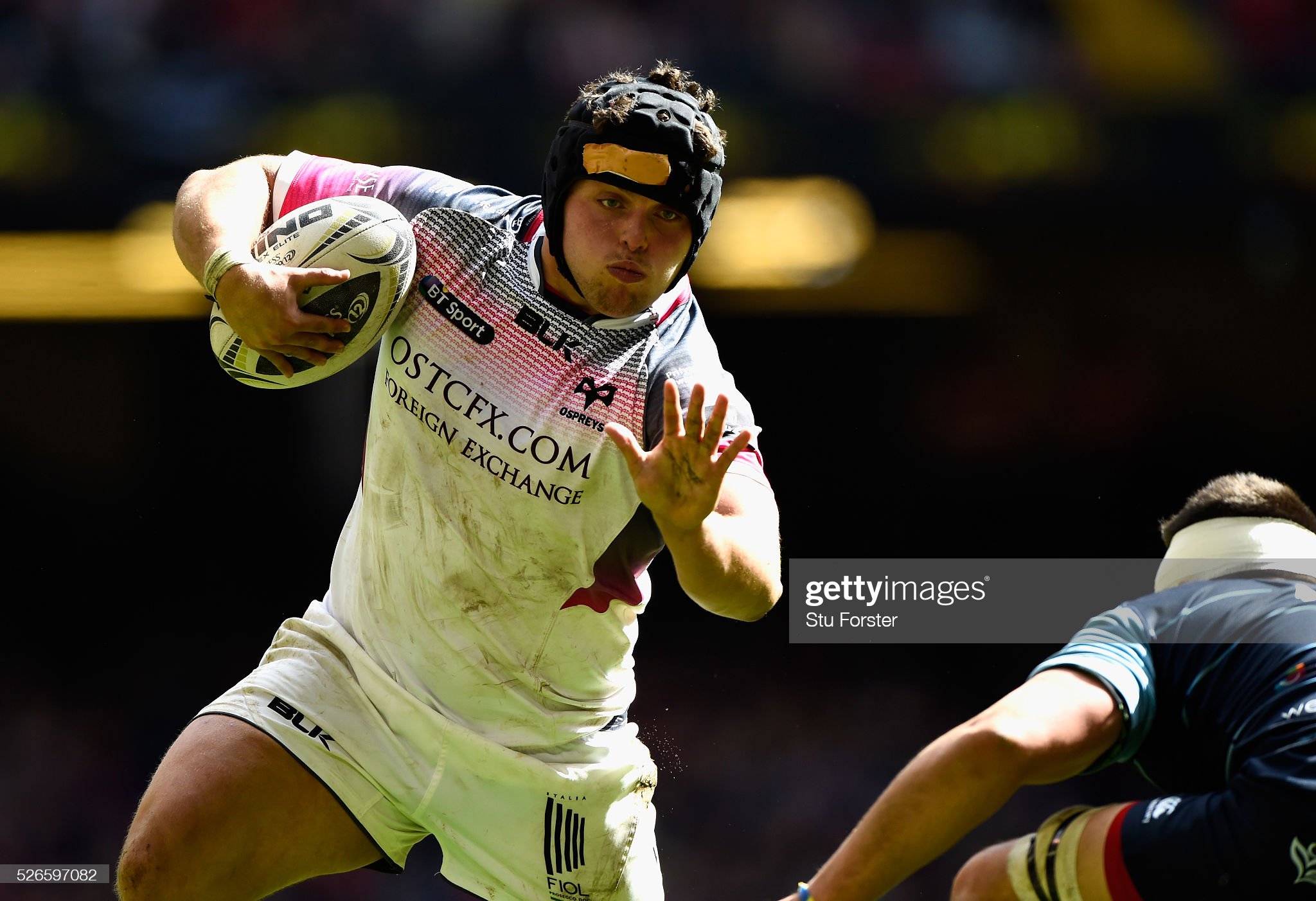 Nicky Smith has eaten his way back into the Welsh squad by piling on the pounds in a bid to make it back onto the international stage by being bigger, better and stronger.

Dropped by new Wales coach Wayne Pivac after winning his 35thcap in the World Cup Bronze Final last year, the 26-year-old Ospreys loose head found himself out in the cold with the departure of Warren Gatland and didn’t feature in the post World Cup clash with the Barbarians and wasn’t included for the first four games of the 2020 Six Nations.

But now he is back for the final game against the Scots at the end of the month and is hoping to add more caps to his collection in the Autumn Nations Cup throughout November. He will return 11 months on from his last cap against New Zealand as a new man . . . and a new father.

“When lockdown came it was a golden opportunity for me to lock myself in the garage with some weights, eat well and try to get bigger and stronger,” said Smith.

“Most of what I did was being more consistent with my food and upping the meals. Before lockdown I would have eaten about four times a day, but I increased that to six or seven.

“That didn’t include a protein shake or two in the gym. I was having 40 grams of protein and between 60-65 grams of carbs with each meal, with the carbs decreasing with the meals after 5.00pm.

“The other thing was being in the gym six times a week. It’s tough to put on weight when you are playing because it is such a demanding sport, so I limited my running to try to put on the bulk.”

The results have been positive so far. Smith played in the two regional derbies last month and scored a try in the shock win at Edinburgh on the opening day of the new season last weekend to celebrate the birth of his first son, Alby, the previous day.

His new look, and current form, has obviously hit home with Pivac and the other Welsh coaches because he found himself named alongside Rhys Carre (133 kgs) and Wyn Jones (114 kgs) among the three loose head props in the squad for the six games internationals over the next eight weeks.

“I feel I am in a good place physically and mentally and I’m just raring to go for the rest of the season. I bulked up to 116kg and I was a bit nervous coming into pre-season testing, but I passed everything OK,” said Smith.

“So far I feel a lot better than last year. When I was younger I had a bit of a belly on me and I needed to lose that, but over the past couple of years I have been playing at around 109-110kgs, which is quite light for a prop.

“Hopefully, I’ve now got the balance right. You are never going to be perfect – I could be a little bit heavier, or carry a little less body fat, but I just want to try to get a bit fitter.

“I may need to trim down a little bit, or build up my strength, but I feel like I am heading in the right direction. Maybe I was a bit weaker before and that could explain why I’ve had a few injuries in the last few years.

“I feel a bit more physical. I can chuck my weight around a bit more with the extra couple of kgs. It is certainly easier to do that than when I was down at 109kgs.

“The Set piece and hitting rucks are the basics for me and it is a bit easier to do that with the extra weight. I can be a bit more aggressive.”