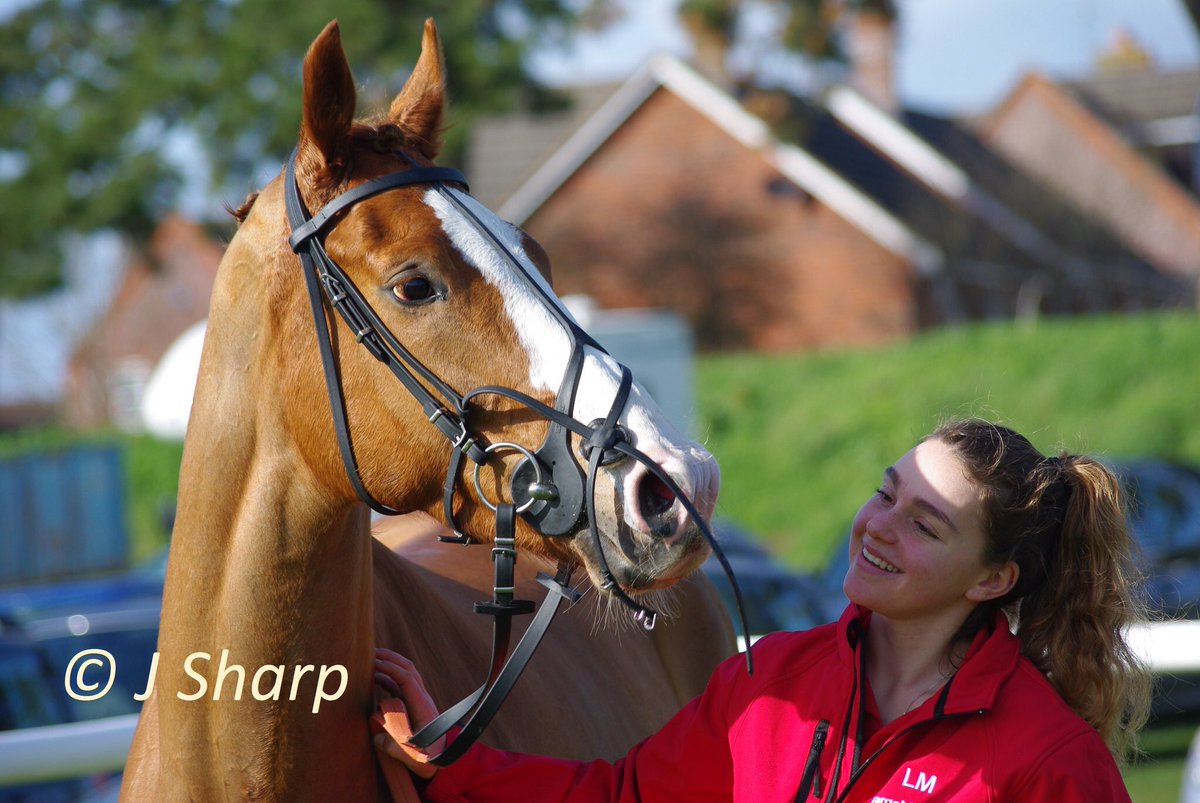 Phoenician Star and Lauren from @SharpBadger at Fergal O'Brien Racing.

He won the opening Juvenile Hurdle on 14-1 outsider Phoenican Star for O’Brien at Stratford.

Star was Connor’s sixth winner since the end of last month, having won  at meetings all over the country such as Carlisle, Exeter, Huntingdon, Ludlow and Catterick.

Aberthin’s Tim Vaughan, who has also been in good form, saddled  10-1 chance Hazm winner of  the Stratford National Hunt Flat under Richard Patrick.

He rode six-year-old IWillDoIt to an eight lengths win over Same Circus in the Cheltenham Festival On Racing TV Handicap Hurdle.

IWillDoIt  was returned the 11/8 favourite.

Le Milos, trained by Vaughan in the Vale of Glamorgan, landed the opening Get Switched On With Matchbook Juvenile  Handicap Hurdle at Sandown Park.

Partnered by stable jockey Alan Johns, Le Milos, a 20-1 shot won by four lengths from the favourite The Knot Is Tied  ridden by Bryony Frost.

Another Welsh rider who rode a winner at Sandown was Pembrokeshire’s Sean Bowen, who took the Open National Hunt Flat race on Misty Whisky.

A nice time to be hitting form

Cowbridge’s Evan Wiilliams was successful at Hereford where his five-year-old Esprit Du Large, ridden by stable jockey Adam Wedge, won the MansionBet Novices’ Hurdle. He came from home 10 lengths ahead of the odds-on favourite Newtown Boy.

Then, at Kempton Park, he won on 11-4 favourite Nylon Speed trained by Alan King.

Hay-on-Wye’s Katy Price saw her Lucca Lady, at eight the oldest racehorse in the five-runner field, romp home 13 lengths ahead of the odds-on WhatDuHavToGet, who was denied a three-timer.

In the Ladies’ Open Race, for which there are 13 entries, Get It On, Hold Court and Tony Star – who finished in that order at last Sunday’s Curre and Llangibby meeting – are down to run again.

However, an interesting entry is Watch The Birdie, a winner of its last three races last season.

There are eight down to run in the Men’s Open Race and these include Roger Willcox’s useful Patricktom Boru, Captain Camelot, High Hatton, Wild Bill and Rosies Peacock.

Carmen Goldsworthy’s Captain Camelot is an interesting entry in the Members’ Conditions Race.

There are 11 entries for the Restricted and the Philip Mathias-trained Glenteneasaigh, who led for a circuit at Howick and the Catherine Williams-trained Catcher On The Go are two to note.

With 27 down to run in the Open Maiden Race division on the day is possible.

Tim Vaughan’s Moreece, who has placed a couple of times this season under the promising Charlie Price, and Paul Hamer’s Corbett Court, are two who should be losing their maiden tags before the season ends.

There were wins for Cowbridge’s Byron Moorcroft  and Ynysbwl’s Bradley Gibbs at the Flint & Denbigh Point-To-Point Steeplechases.