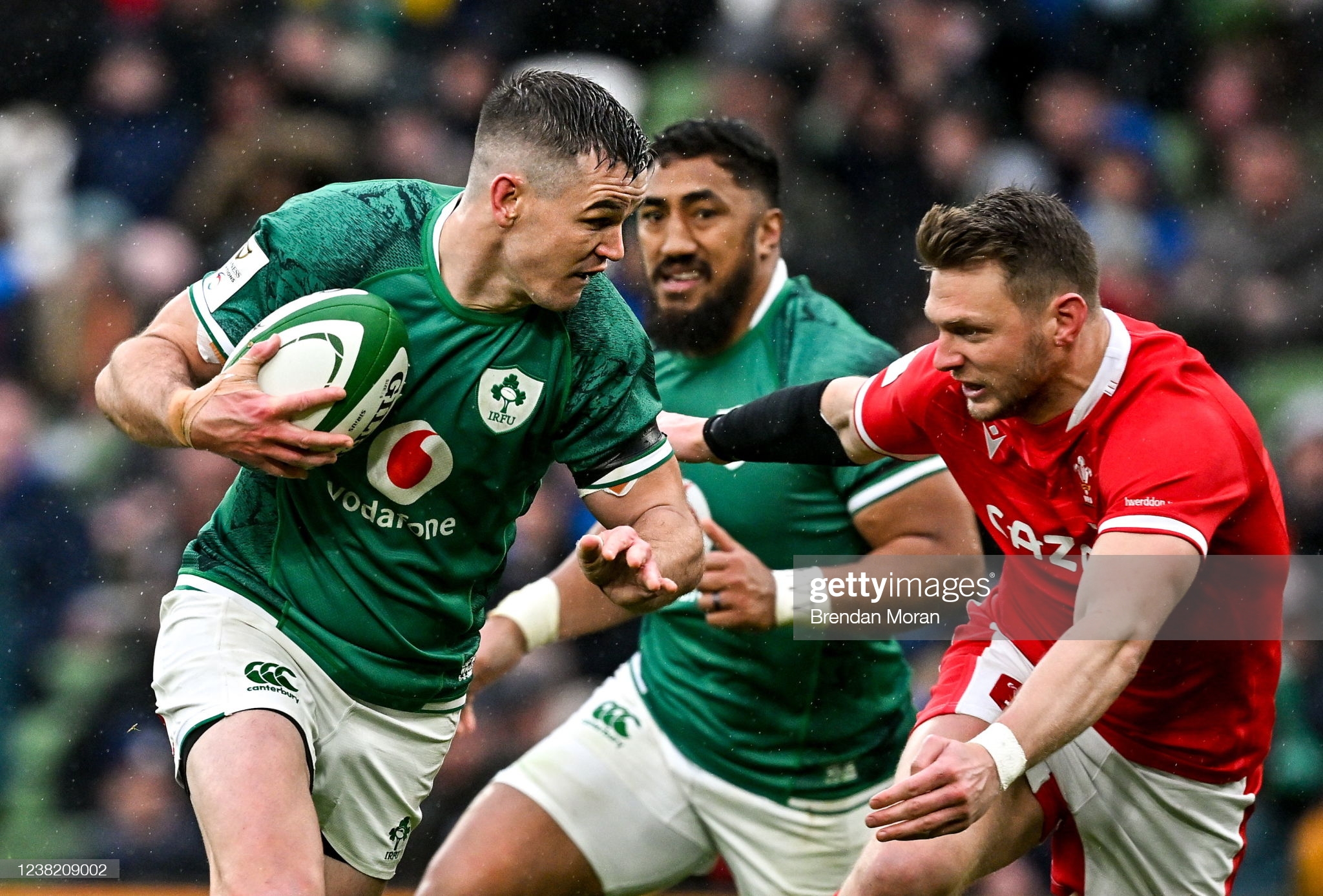 Dan Biggar believes Wales must toughen up before they face in-form Scotland in Cardiff next week.

With any thoughts of a Six NationsGrand Slam or Triple crown gone already, the Wales captain and his team are on the back foot already after a heavy defeat to Ireland and Scotland’s notable opening tournament victory over England.

Biggar admitted that Ireland “won too many physical collisions” after the reigning champions subsided to a 29-7 defeat in Dublin.

It was Wales’ heaviest Six Nations loss since losing by a 23-point margin against the same opponents at the Aviva Stadium eight years ago.

And it immediately puts them behind others in terms of a successful title defence, with effectively no more room for error, starting against Principality Stadium visitors Scotland next Saturday.

Wales were not at the races in front of a sold-out 51,700 crowd, conceding four tries and only breaking their points duck five minutes from time when their best player – flanker Taine Basham – touched down, and Callum Sheedy converted.

‘Ireland won too many physical collisions… especially the way Ireland play, it was going to be a hard afternoon’ | 🏉

Dan Biggar looked at the physical battles between Wales and Ireland as the reason his side were on the losing side | ☘️ v 🏴󠁧󠁢󠁷󠁬󠁳󠁿@VodafoneIreland | #TeamOfUs pic.twitter.com/knSSQeM69J

“We said the discipline and the physicality were the two things that we needed to bring, coming to Dublin, and we probably didn’t get those two quite right across the whole 80 minutes,” Biggar said.

“There is no doubt it was a frustrating afternoon. We didn’t get enough front-foot ball or dominate enough collisions to really allow us to put pressure on Ireland for large periods, like they did to us.

“Ultimately, Ireland won too many physical collisions, and for us, for whatever reason, that is what we need to go back on and have a look over the weekend and on Monday.

“The collisions in rugby, if you don’t win them and especially against a team the way Ireland play, it was going to be a hard afternoon, and that is how it turned out. That will be a huge focus for us this week, along with the discipline.

Always thought Gatland’s success was amazing considering the state of the club game in Wales. Next coach was always in trouble. Think Pivac has done better than expected but miracles can’t keep happening. Today was a huge worry. Fear a long barren period but I’m frequently wrong.

“Not overthink things, because there is not a huge amount to fix. Physicality is a huge one, and discipline. I am really proud to lead the team out, but it was a disappointing afternoon, there is no doubt about that.”

Wales are without a Six Nations win at the Aviva Stadium since 2012, and they never threatened an Ireland team in a rich vein of form that saw them continue from autumn successes against New Zealand and Argentina.

The visitors offered little in attack and had centre Josh Adams sin-binned, and although they rallied during the final quarter it was a case of way too little, too late.

Wales head coach Wayne Pivac said: “Collectively, we talked about the start we wanted – we wanted to match them physically.

“You have to do that when you come to Dublin, and our discipline needed to back that up. We weren’t able to do that – it was evident with the “When you are defending for long periods like that – there were 100-odd tackles made in the first-half – it makes it very difficult when we do get our hands on the ball.

“It will be the performance you want to improve on. We will go away and work very hard, the players will look at their performance and come back in a positive frame and build on some of the good things that we did in that game.

“As I have alluded to, when you make over 100 tackles in a half, a bit of fatigue does set in. It happens to any side.

Wales head coach Wayne Pivac does not feel that all of the referee’s decisions went the correct way in his side’s loss to Ireland on Saturday | ☘️ v 🏴󠁧󠁢󠁷󠁬󠁳󠁿@VodafoneIreland | #TeamOfUs pic.twitter.com/WAn9xmkxqm

“I thought the boys came back very strongly in that last quarter of the game and kept fighting towards the end, which we want.

“We have to make sure (about) the start of both halves, because we gave them too many points in that part of the game.”

penalty-count in the first 20 minutes.

Ireland head coach Andy Farrell was pleased with his side’s professionalism but suggested there was scope for further development.

“To get a bonus-point win against a side like Wales is no mean feat,” said Farrell.

“Really pleased with certain aspects of our game and, like all first games are going to be, there’s plenty to work on as well.

“The conditions were terrible out there. It was really, really difficult to kick in, to play in, it was slippery, it was blustery, it was tough.

“So, bringing all that together, Wales come here to win and to do a job on us and to be able to get a bF