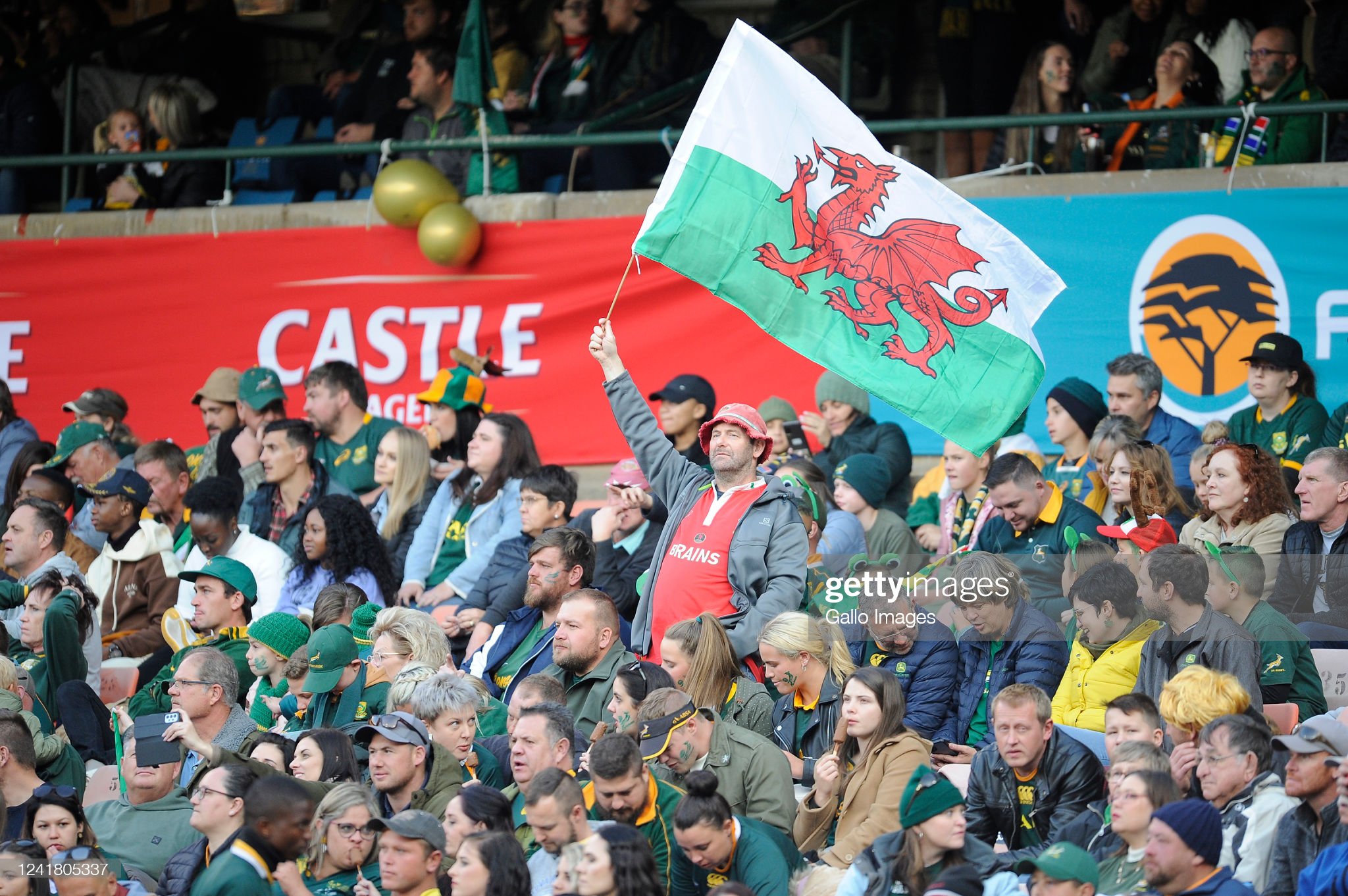 Dan Biggar reckons this time next week he wants to be laying on a beach, resting a bruised body but not an injured ego.

Biggar has never been one to shy away from a challenge no matter how much the odds are stacked against him.

Prior to jetting off to South Africa, Wales were given very little chance of competing with the world champions, let alone beating them.

But the Wales captain was having none of that with the belief and determination which has typified the Northampton Saints star throughout his career rubbing off on his fellow teammates.

The 32-year-old is not only a world class player but an exemplary professional who has already helped Wales make history on this tour.

Last weekend’s dramatic 13-12 victory in Bloemfontein was Wales’ first ever win over the Springboks in the Rainbow Nation but being the fierce competitor he is Biggar is not content with just the one victory.

“I don’t think many people believed in us when the plane touched down a few weeks ago,” he said.

“If I’m being perfectly honest maybe we needed that performance in Pretoria to install some belief in the squad as well.

“I think where the squad is from when we first landed to now, I think there’s every belief in the squad that we can win on Saturday. It was really important we started the tour really well.

“There’s been some tough ones to take over the years against these guys and I’m hoping on Saturday we’ve built up enough momentum and belief in the squad to get it over the line.

“I’ve said it before, but we always seem to come back and put up a fight after a difficult result or tough performance.

BREAKING: Dan Biggar and Dillon Lewis passed fit to be named in the starting line-up for the deciding third Test against South Africa.

The magnitude of the occasion is not lost on Biggar. Wales have never won a test series in South Africa and victory this weekend would catapult Wayne Pivac’s side into the pantheon of Welsh rugby greats.

But Biggar has his feet planted firmly on the ground and is under no illusions how difficult it will be to beat Jacques Nienaber’s side two weeks in a row.

“What I’ve said to the boys we go out there with no pressure on your shoulders, go out there, give it everything, and try to apply as much pressure as we can on South Africa and see how they respond,” he said.

“We need to play with a bit of freedom, play sensibly, play disciplined but go out there and pile into everything.

“Hopefully, we can lie on the beach next week and the atmosphere on the beach will be a bit brighter than if we don’t get it done.

“It’s been a good tour, and I’ve absolutely loved it. We’ve really come together as a group, played some decent rugby, mixed it up and not taken a backwards step.

“I’m really proud of the group whatever happens on Saturday.” Biggar has been a constant presence in the Wales squad ever since he made his debut against Canada in Cardiff back in 2008.

A total of 102 caps , three Six Nations titles, and two British & Irish Lions tours later there isn’t much Biggar hasn’t achieved.  But he insists a victory this weekend would be one of the greatest achievements of his career.

“For boys like myself you know you are not going to have many more opportunities,” he said.

“That’s why I try to really enjoy the whole tour, the whole atmosphere because you never know when it is going to be your last.

First consistent Wales side in what feels like years. First two tests decided by the smallest margins in the last minute of both. Wales fans seeing the selection and not immediately panicking.

Feels like the rugby gods are setting us up for a cruel cruel loss on Saturday.

“The first test at Loftus, standing there for the anthem was the best atmosphere I’ve ever had for a game. It was absolutely brilliant. I’m really glad I can say I was part of that.

“We got our first win ever in South Africa and I suppose we’ve got a little bit greedy off the back of that. We want to try to really ram it home and have a really special occasion.”

Pivac has made just one change for Wales’ deciding Test against South Africa, with Josh Adams coming in for the injured Alex Cuthbert.

Cuthbert suffered a shoulder injury during the first quarter of the second Test and was ruled out of contention earlier this week.

Welsh Rugby team player, Will Rowlands, says: "We had a chance to meet the kids. I was up on the surgery ward and it was nice to say hello. Doing something like this today is very special." pic.twitter.com/1nK8oDaNBM