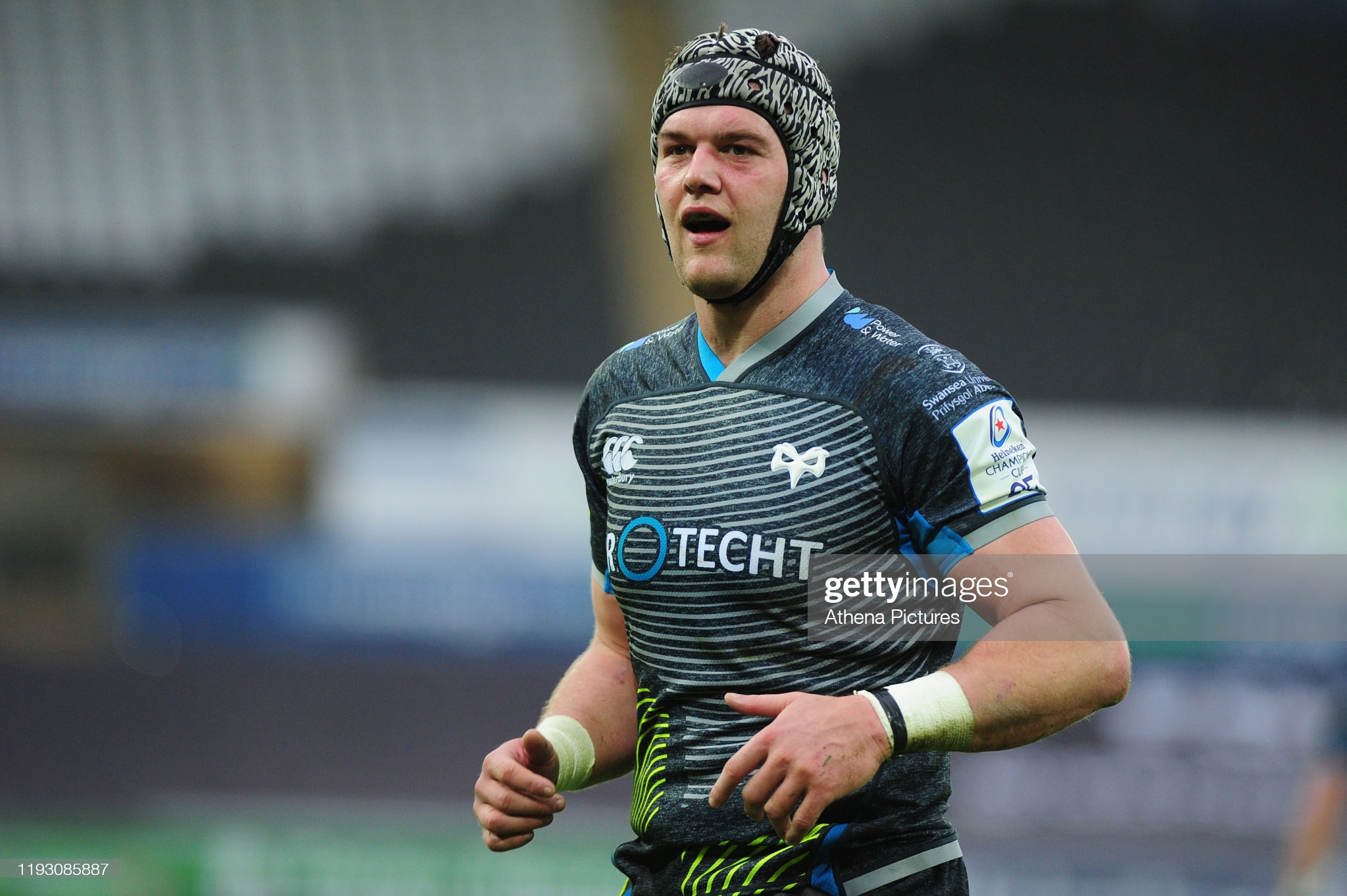 The Ospreys are on the point of doing something they haven’t done for over 18 months – winning three matches in succession. Their captain, Dan Lydiate, admits last season “wasn’t pretty” but insists change has come under new head coach Toby Booth, as he tells Graham Thomas.

Dan Lydiate has thrown his weight behind Toby Booth’s Ospreys revolution and believes the English coach has already unified the squad after the cracks of last season.

The region’s captain – who took over from Justin Tipuric and led the Ospreys to a convincing win over Castres last week – reckons Booth is starting to make his mark after 10 matches in charge.

The re-shaped team began their European Challenge Cup campaign with an eyebrow-raising 39-15 home victory over their French opponents and will look to make it three wins on the bounce when they travel to Worcester for their second Euro tie on Saturday.

That game – which is live on S4C – will give a better indication of how far the repair job has progressed under Booth, but Lydiate has no doubts the ship, which was heading towards the rocks, has been steadied.

Before Booth’s arrival, the Ospreys had won just two out of 19 matches under former coach Allen Clarke and then stand-in Carl Hogg and Lydiate admits: “For me personally, Toby has given us a real sense of direction.

“He knows how he wants to play the game. It’s going to take time to imbed exactly how we want to play, but we’re moving in the right direction, so that’s pleasing.

“If you look at our results last year, they weren’t the prettiest to see. We probably went away from our strengths.

“I don’t want to say there were mixed messages, but maybe we weren’t as much of a collective as we needed to be on the field.

“Now, everyone is pulling in the same direction. It’s hard to put your finger on exactly what it is, but there’s a good atmosphere down here now.”

Booth is renowned as a straight talker – a coach who would rather deliver the bullet face-on, rather than let bad news seep out around the edges.

Lydiate – who won the last of his 64 Wales caps two years ago – appreciates that brand of honest appraisal and says: “I really respect that.

“Some boys are obviously disappointed with not being selected, but he will tell you straight to your face why you’re not playing and what you need to improve on.

“I respect that because I know from certain previous experiences in my career, you can be told to do one thing, you do it, and then they’re still not picking you.

“Toby gives it to you at face value and you can’t argue with that.”

Booth has so far won four of those 10 matches in charge, not yet the Ospreys of old, but certainly a marked improvement and another victory at Sixways would provide the region with their first haul of three successive victories since April 2019.

But back rower Lydiate – who turns 33 on the eve of the Worcester game – is expecting a tougher assignment than against Castres, where the Ospreys began and finished strongly and managed to score five tries.

“When we’re getting results this year, we’re really celebrating those victories and using that as fuel for the fire because it’s infectious,” he says.

“Worcester are a quality team with some high quality players. But we had a good win against Casters and scored some tries, whilst before that we ground out a tough win over Treviso.

“So, we’re able to do it both ways, which is useful. We’ve still got some experience with me, Alun Wyn (Jones) and Tips (Justin Tipuric), but we’ve also now got a very good batch of younger guys who are putting their hands up.

“Most of them had opportunity last year, but everyone knows what a dreadful season we had, so it’s important for them to celebrate our wins, and work hard.

“Worcester will be a good test. The pitch they have there is a fast track, so we’re prepared for a fast game.”

Lydiate – who joined the Ospreys after his spell playing for Racing 92 in France – signed a new two-year contract with the region back in March but has no plans to head for the hills permanently yet and his family’s sheep and beef cattle farm near Landrindod Wells.

He may drive a new Massey Ferguson tractor while he’s seeing to his herd of 25 cows, but he insists he’s nowhere near yet ready for pasture himself.

“I’m more like a vintage Mercedes – there’s low mileage on the clock.”

Live coverage of the European Rugby Challenge Cup match between the Ospreys and Worcester Warriors, from the Sixways Stadium. English commentary available. K/O 8.00.