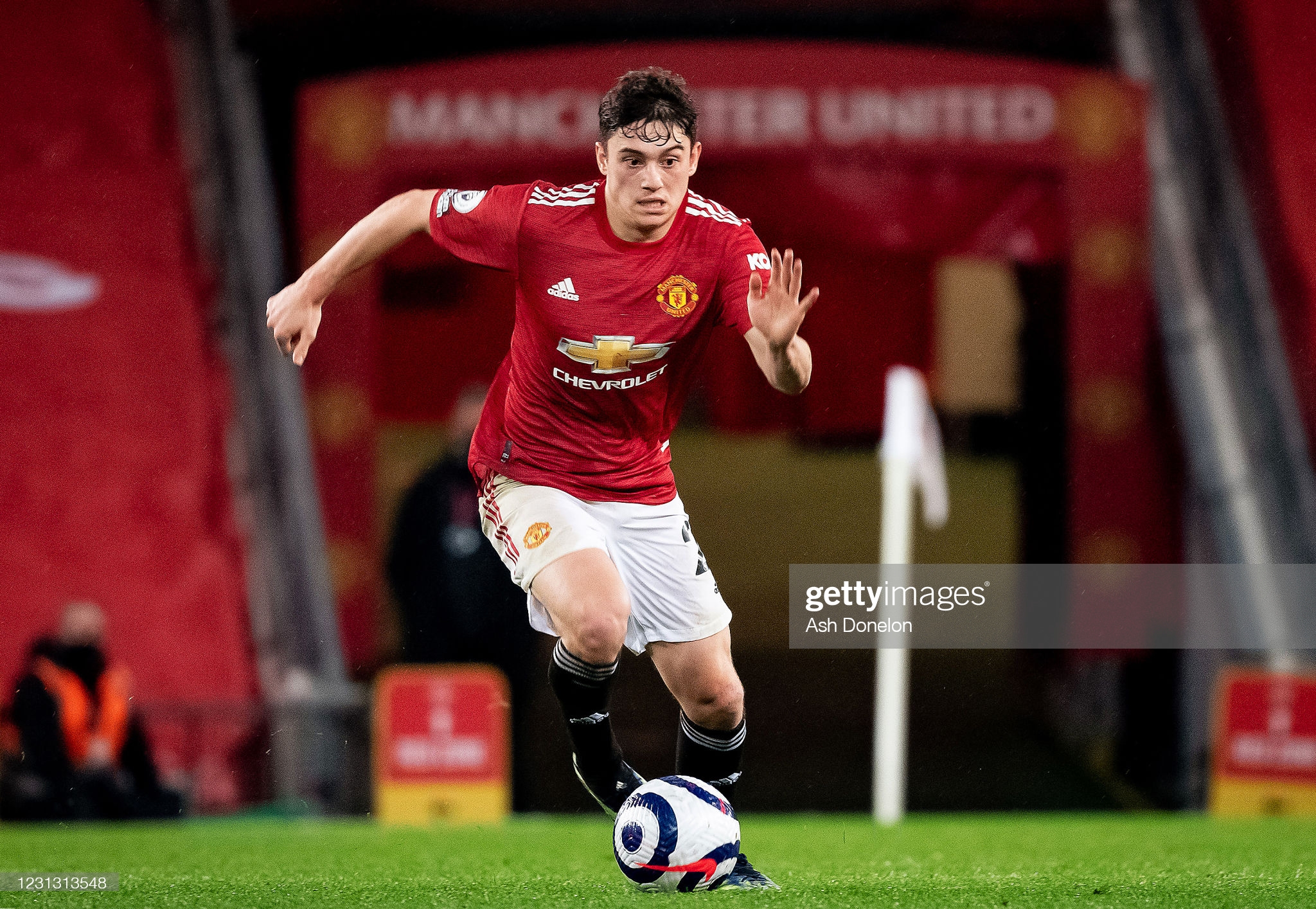 Daniel James is back, with goals in Europe and in the Premier League. That’s good news for Wales, says Fraser Watson, where the expectations have always been more realistic and the patience in greater supply than at Old Trafford.

For Welsh football fans, it was a heartening weekend.

A player potentially pivotal to his nation this summer backing up a goalscoring display in Europe – and in doing so, showing the kind of sharpness and threat we had become accustomed too.

Furthermore, he may be beginning to silence doubters who have scolded the notion he can perform regularly in the Premier League.

But no, for once it’s not Gareth Bale central to such a discussion – but Daniel James.

The 23-year-old made it three goals in three Manchester United appearances against Newcastle at Old Trafford, which capped a productive, energetic display during which he stretched the visitors down their left-hand side throughout.

After the game, Ole Gunnar Solskjaer was bullish in his assessment of James, praising his “X factor” and strongly refuting the suggestion from BT Sport’s Des Kelly that the young winger had previously disappeared.

He was right – Solskjaer, that is. The young winger who arrived from Swansea in June 2019 as an exhilarating and yet raw talent has never disappeared.

But at times James may have wished he could have done – the subject of much online ridicule and abuse that is now synonymous with social media and many of the idiotic judiciaries who frequent it.

For James has become victim of the absence of two terms now essentially alien to modern day football – patience and perspective.

He left Swansea with a £15 million fee above his head, and yet just 38 appearances to his name. An FA Cup wonder strike against Brentford, a winning goal for Wales against Slovakia, and a much-publicised failed deadline day move to Leeds United had all helped elevate his name into the headlines.

He arrived at Old Trafford as a player with serious potential, and yet anything but the finished article.

What many ignored, is he also arrived weighed down by personal tragedy. His big money move proceeded the death of his father by mere days.

Despite the above, he would start brightly with United – three goals in his first four games and an immediate player of the month award.

Daniel James kick-started Wales’ Euro 2020 campaign one year ago today and made Man United sit up and take note.pic.twitter.com/ve7IAOy995

But like his team’s form, the early promise subsided and James, a player seemingly bought to be nurtured towards his prime, was instead flogged in a team devoid of direction.

Form and confidence dipped, and resentment grew amidst a fan base that ever since the appointment of David Moyes, has seamlessly diverted between calling for a patient rebuild and demanding instant success to mirror the financial clout and global brand.

Last season at Anfield, he was shrugged off by Mo Salah as he chased back vehemently to try and prevent a second Liverpool goal.

As recently as New Year’s Day, he was brought on for eight minutes with United leading against Aston Villa, was dispossessed once as he tried to launch a counter-attack, and was promptly trending on Twitter for the wrong reasons.

Sure enough, the assumption soon grew that James would be heading out the exit doors at Old Trafford just as promptly as he went through the entrance.

For James to come through such rash assessments and enjoy a period of six goals in nine games has taken no shortage of mental strength.

Those who saw him closely at Swansea would have been all too aware of the speed, the workrate, the goal threat.

Concepts like positional awareness and composure clearly needed honing, but those highly encouraging displays against Real Sociedad and then Newcastle last week signified a precocious talent starting to come to fruition.

On this day in 2019, Daniel James helped Swansea City to a 4-1 victory over Brentford in the FA Cup with a brilliant solo goal.

For his country, this development is timely. Come Euro 2021, irrespective of the tournament logistics, James will be a key figure for Wales.

The “X factor” that Solskjaer referred to will, most likely, be utilised in every game, whether it be in a starting role or as an impact factor late on.

But, critically, this upturn in form shouldn’t prompt frenzied excitement, hype, or a misguided hailing of the next Christiano Ronaldo. It should simply provide perspective.

For James is a young and gifted footballer and yet, he’s still learning. He’s had some high points, he’s endured some low ones.

He’s dealt with tragedy, he’s shouldered abuse. He’s bound for big things, but he’s sure to undergo glitches before he reaches them.

And if a seemingly large portion of United fans are prepared to mix realism and patience with lofty ambitions to be once again deemed as elite – then, they’ll appreciate that long term, they need him too.