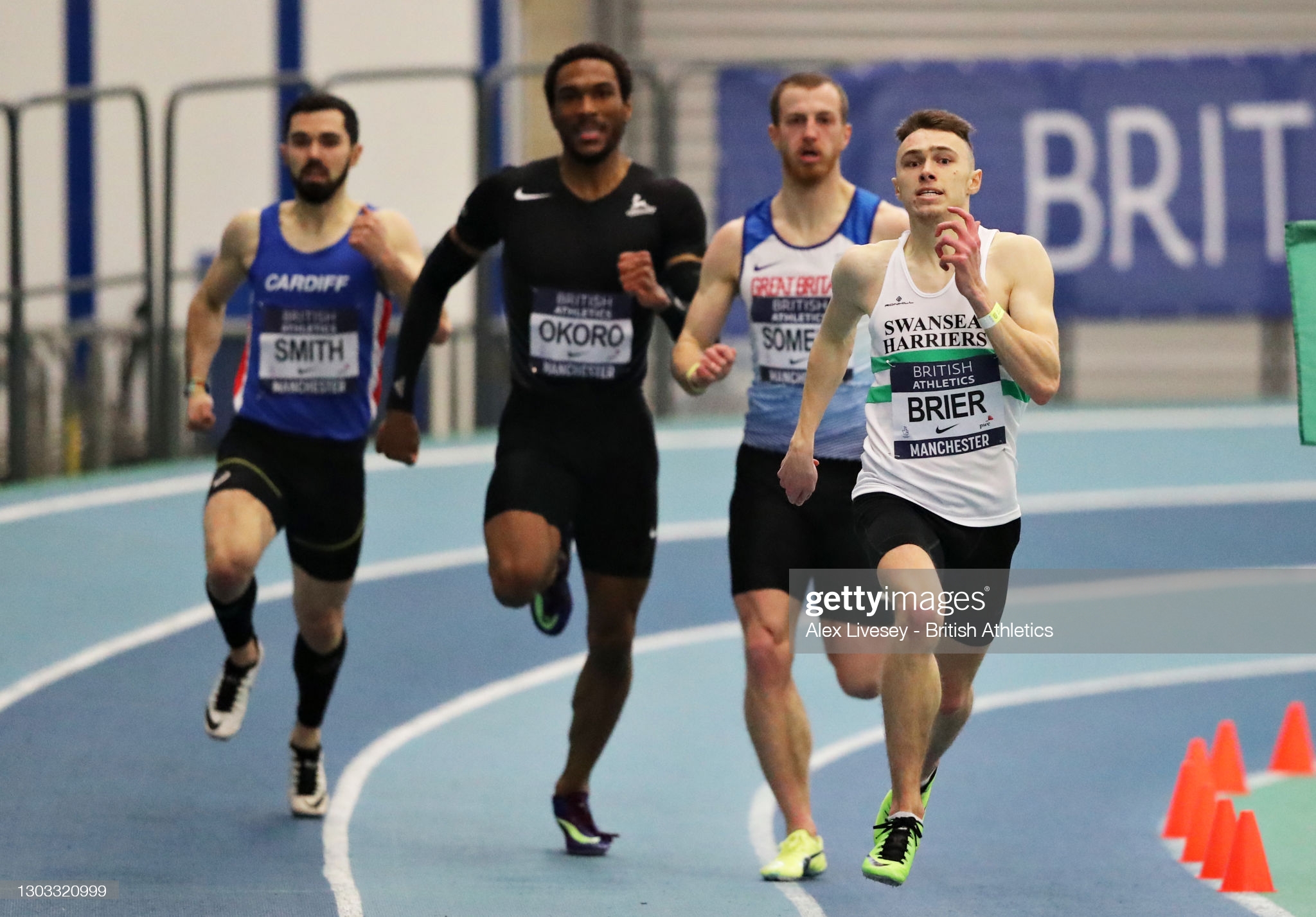 Joe Brier and Piers Copleland will be bidding for Euro glory in Poland after being named in Britain’s team for the Indoor Championships from March 4-7.

The Welsh Athletics duo’s selection for Torun was confirmed following their victories in the 400m and 1500m respectively at the trails over the weekend.

The duo will be joined in the 41-strong GB squad by Cardiff’s Owen Smith who has been named in the relay after finishing second to Brier in Manchester.

Swansea Harrier Brier booked his spot after setting a magnificent personal best of 46.81 secs to win the 400m A final.

“I’m on cloud nine at the moment, I’ve never hit a standard like that before and it’s my first senior standard so I’m really chuffed.,” said Brier, coached in Cardiff by former GB runner Matt Elias.

Cardiff-based Copeland, who has recently qualified to compete for Wales, won the 1500m in 3:52.17.

He had set a new Welsh record of just seven days beforehand of 3:38.55, breaking the 17-year-old mark of James Thie.

England’s Verity Ockenden, who compete for Swansea Harriers, has also been selected in the 3,000m.

Christian Malcolm, the former Wales and GB international sprinter who is now Olympic Head Coach at British Athletics, Christian Malcolm, hailed the performances of the athletes in difficult times due to COVID-19 restrictions.

“I’m pleased to be selecting such a strong Great Britain and Northern Ireland team for the European Indoor Championships next month,” said Malcolm.

“It has been a challenging time for all athletes and coaches recently, but we have seen some incredible performances.

“Of course, we are looking to maximise the number of opportunities to win medals, but it is also about providing opportunities for developing athletes as well as established athletes to achieve a GB&NI vest.

“We have a real mix in the squad with several young athletes demonstrating their potential in really challenging circumstances. I am really looking forward to seeing how the team perform in Torun.

“We are awaiting decisions from European Athletics on several field event nominations that we have put forward, so we hope to add several other athletes to the team later this week.”