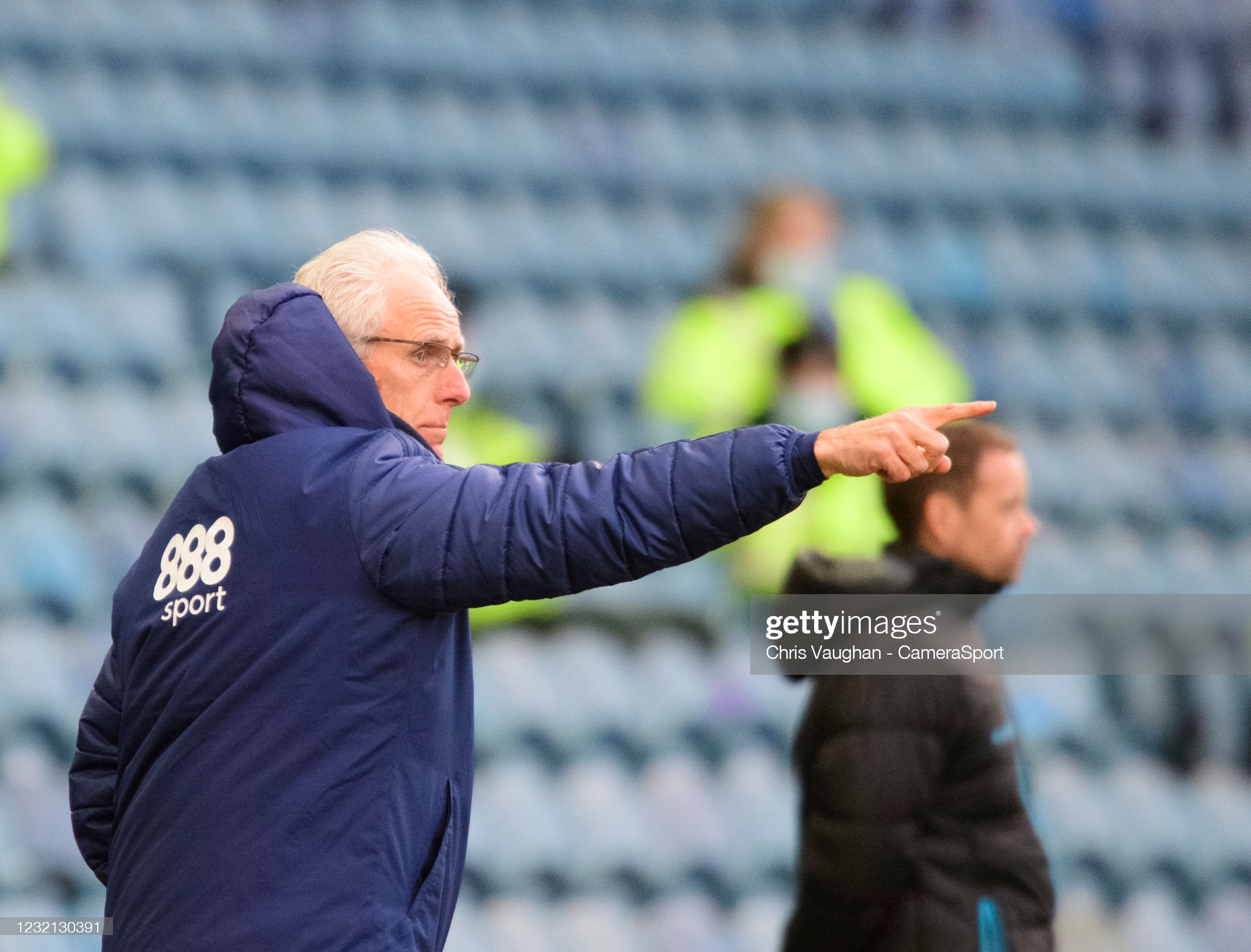 Mick McCarthy has told his players they must play for pride when they face Reading tonight – and if it’s absent there is something wrong.

The Cardiff City manager has admitted the club’s chances of making the play-offs are all but gone after just one victory in their last seven matches.

That sequence has left them 12 points adrift of sixth place, but McCarthy has urged his players to remember there are plenty of other considerations, including their obligations to fans as well as trying to secure further individual playing contracts.

“The season is never over,” said McCarthy, who oversaw seven wins and a draw when he first arrived at the club before the momentum stalled.

“If it only mattered when you played for points the players wouldn’t compete in training.

“You’re always playing for something, your pride, the club, your jersey, the fans, yourself and your livelihood, if that isn’t enough to motivate you then there’s something wrong.”

Cardiff’s decline over recent weeks has coincided with the absence of club captain Sean Morrison and McCarthy has admitted the 30-year-old centre-back is still struggling to overcome a calf injury.

“Sean is still out, the lads who have come in have done very well but when I look back at his performances he’s a great leader and we’d welcome him back,” said McCarthy.

“He’s not ready for Friday and then we will have to look at Brentford, he could be a doubt for that as well. We hope to see him before the end of the season but we’ll see.”

The only cause for optimism for Cardiff fans in recent weeks has been the emergence of youngsters Tom Sang and Ciaron Brown.

“The likes of Tom Sang and Ciaron Brown have done very very well,” added McCarthy. “I’m very pleased with the youngsters and we’d like to get a few more through.”

Unlike Cardiff, Reading still have realistic hopes of breaking back into the top six and a win over the Bluebirds would reduce the gap between themselves and sixth-placed Barnsley to just two points.

But Reading manager Veljko Paunovic has admitted it’s a match the Royals simply have to win.

“It’s definitely a must-win game,” said Paunovic. “Everyone is aware of the situation and is working hard, as we’ve done all season.

“Everyone is in a very good mood and is embracing the opportunity we have ahead of us in the best possible way.

“Five games to go, five points…it’s not easy, it’s not where we wanted to be but it’s possible.

“As long as the possibility is there, we are going to fight to reduce the amount of points and come back to the top six.”