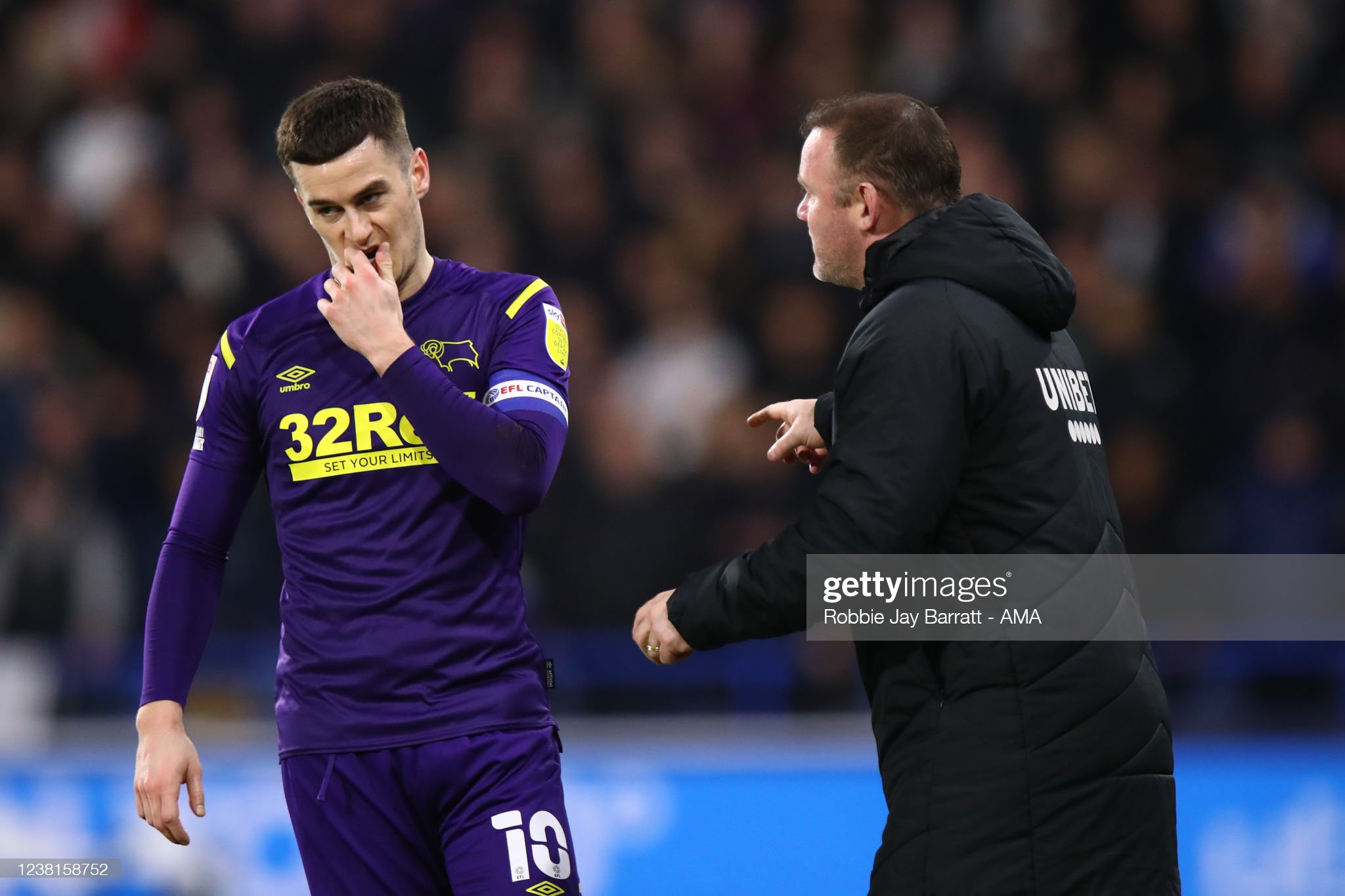 Wayne Rooney has urged Wales manager Rob Page to “get over” any personal history with Tom Lawrence and recall Derby County’s captain.

Lawrence has not played for Wales for almost a year since Page left him out of the squad for last summer’s delayed Euro finals.

Derby manager Rooney – whose team, including Lawrence, lost 2-1 at Swansea City on Saturday – has claimed the omission of the 28-year-old could be down to “history” between player and current caretaker boss.

“I think that’s a personal choice made by the Wales manager,” said Rooney when asked about whether he felt Lawrence should be part of Wales’ plans after his impressive form in leading a young Derby side this season in difficult circumstances.

“Tom Lawrence wants to play for Wales, but it’s a personal choice from the Wales manager,” said Rooney.

“I think he managed Tom at U21 level and maybe there’s a bit of history. As manager, you need to get over that.

“Wales are in a position where they are trying to qualify for the World Cup. They need their best players and Tom is certainly one of Wales’ best players.”

“Every single one of the players in the squad would walk on broken glass down the M4 to get into Wales and play for their country and he’s [Gareth Bale] no different.” pic.twitter.com/8j5UvH4E5r

Lawrence won the last of his 23 Wales caps last year in a 1-0 friendly win over Mexico, since when Page has preferred Dan James, Harry Wilson, Brennan Johnson, Sorba Thomas, Rubin Colwill and Jonny Williams as the creative influences to supplement Gareth Bale and Aaron Ramsey.

It could well be argued that Lawrence has not been missed as Wales have battled through their World Cup group and already earned a play-off victory over Austria.

One more victory – over either Scotland or Ukraine in June – and Wales will be at their first World Cup finals since 1958, although it appears Lawrence is unlikely to be with them.

Three years ago, Lawrence was fined six week’s wages by Derby for his part in a drink-driving episode that led to a car crash and the subsequent injury suffered by teammate Richard Keogh, club captain at the time.

Lawrence and teammate Mason Bennett were ordered to carry out 180 hours of unpaid work, given a 12-month community order and banned from driving for two years.