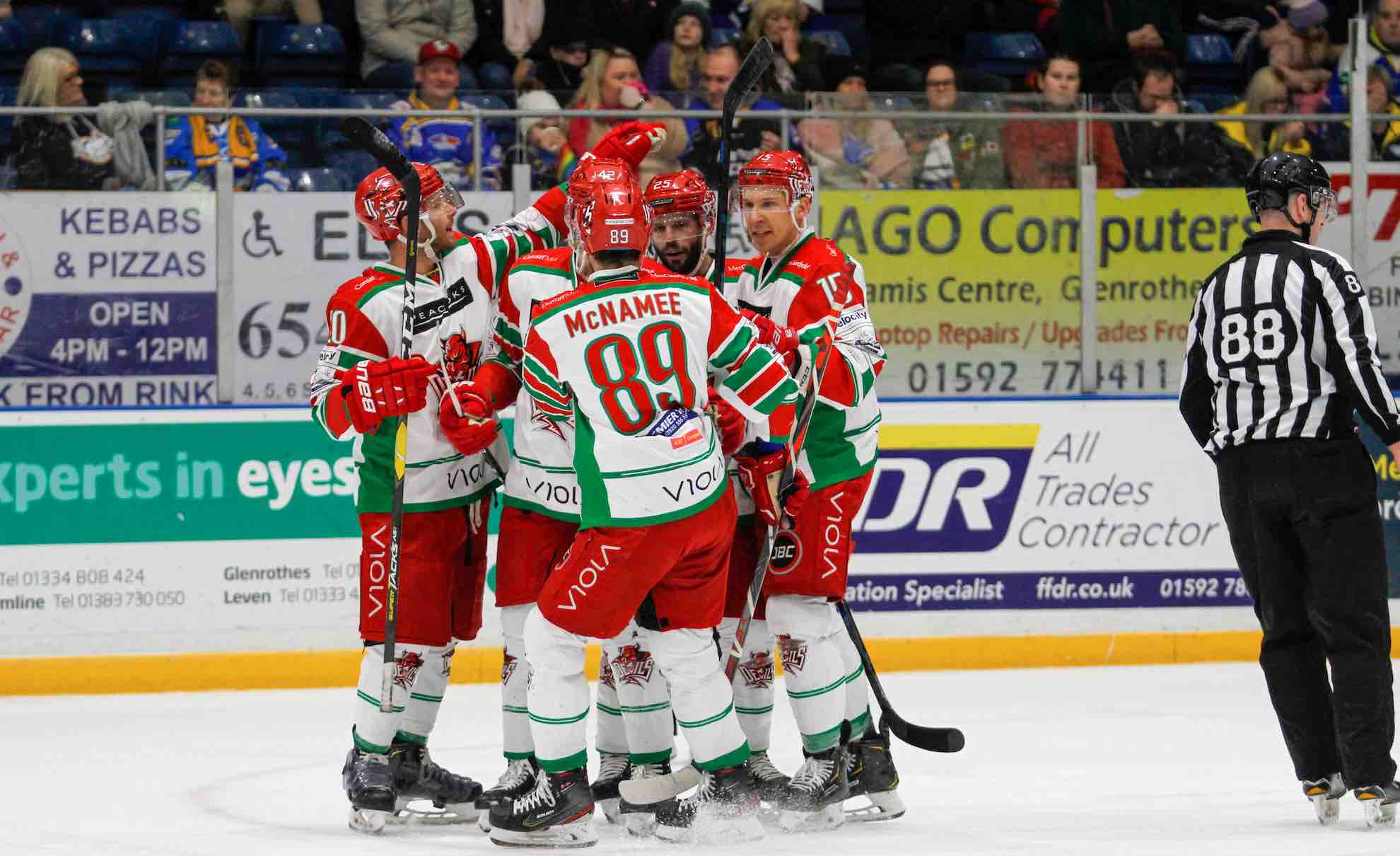 Devils led 2-0 going into the second and were rocked by a two-goal Flyers recovery before easing to victory.

“I loved then first,” said coach Lord. “We were flying – and came out almost perfect. Fife is a hard place to play.

“Maybe we were complacent or something because we did not come out with nearly the same jump in the second.

“The guys regrouped for the third and that was great, a real hard-nosed period. We were fore-checking, back-checking, had our hard hats on and all in all this was an important win for us.”

Fife are bottom of the Elite League table and coach Todd Dutiaume said: “We came out looking totally unprepared score. The score could have been significantly worse than it turned out.

“In the second period we were better team and had a bit of life about ourselves, but the third was lacklustre. I say that too many times.”

Cardiff welcomed back Sam Duggan after injury, but were again without Shaone Morrisonn with Bryce Reddick playing alongside Sam Jardine on D.

It took only 80 seconds for Linglet to open the scoring when he finished off a pass from Stephen Dixon with linemate Joey Haddad drawing the other assist.

Pope netted his fifth goal in the last seven games to give the Devils a 2-0 lead on a powerplay (9-22) with Gleason Fournier and Mike McNamee assisting.

The middle period belonged to Flyers as they scored twice to tie the game up after 40 minutes. Carlo Finucci made it 2-1 at 21-28 and Mike Cazzola scored less than four minutes later.

Man of the match: Mike McNamee