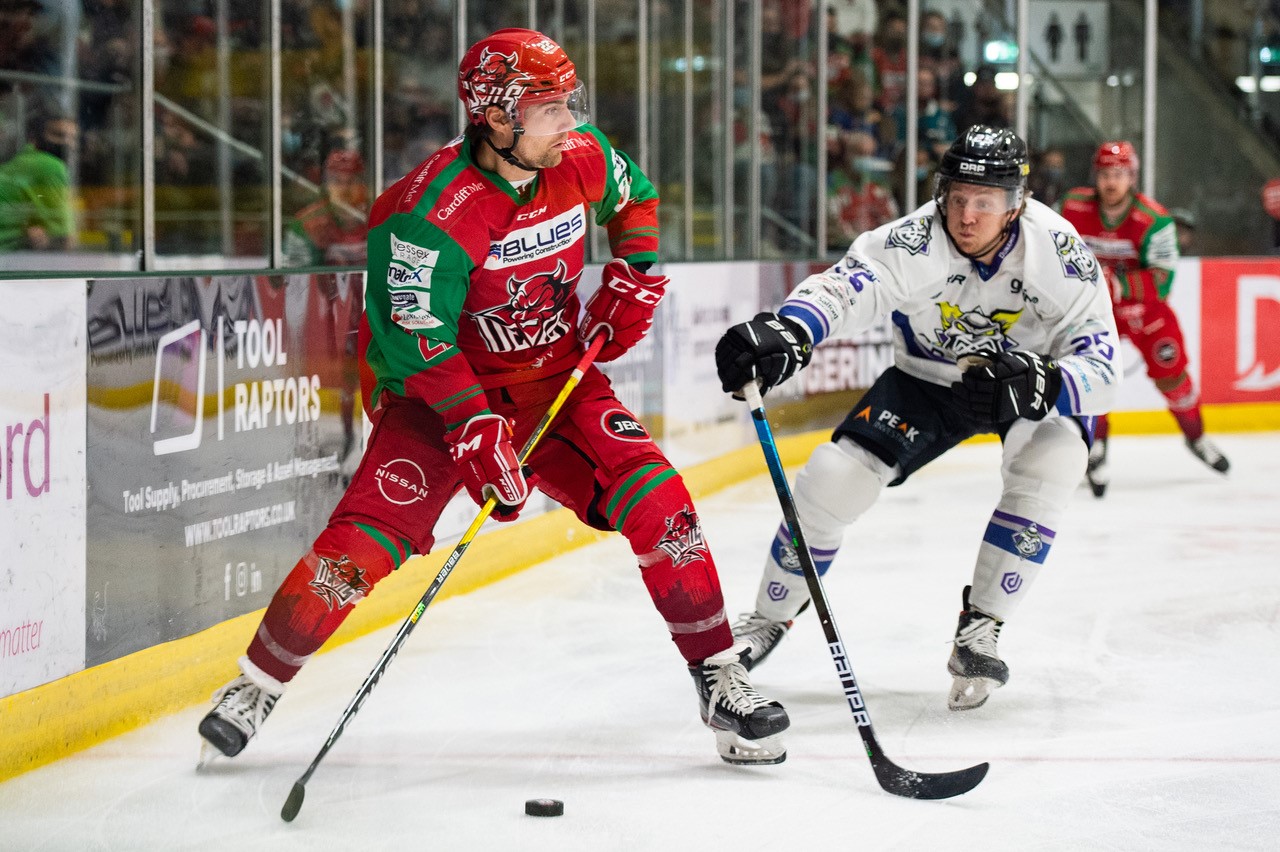 The Cardiff Devils visit the Guildford Flames tonight in the Challenge Cup looking to build on the momentum of Sunday’s shutout victory (7.30).

A successive win tonight would represent another step forward as the Devils look to stabilise their form and performance levels following the team’s summer rebuild.

A point would be enough to guarantee the Devils qualification from Group B with the team looking to extend their winning record against the Flames.

The Devils have won both their previous meetings against Guildford in the Cup this season. Jarrod Skalde’s team followed up last month’s 3-2 overtime win at Ice Arena Wales with a 3-0 win in Surrey.

Goaltender Taran Kozun could return in net after Carruth started against Manchester on the weekend. The status of Cole Sanford remains unconfirmed after he missed out on the weekend.