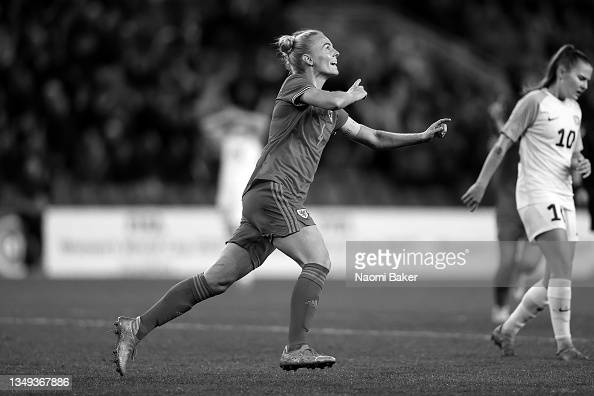 Wales manager, Gemma Grainger says the campaign has been a “really strong assessment” so far.

Wales were 1-0 up at halftime with a lovely finish from Angharad James.

Helen Ward secured a 2-0 lead at the start of the second half before Natasha Harding secured a 3-0 lead.

The fourth came in the final minute of extra time when captain Sophie Ingle scored.

Grainger said: “We wanted to start the game and make sure we learnt from the last time we played them.

“The performance was just as important because we knew it would be just as frustrating again.

“We knew we’d have to be patient, we’d have to learn from the last time we played them, we wanted to create more chances and finish more, we did that this time.”

The spot of second place in group I is still tight between Wales and Slovenia but Wales currently sit under France with 10 points, and Slovenia just under with seven points.

Cymru are yet to face Greece and France from Group I, with Greece sitting in fourth position and France on top, it could be one, if not two, challenging games.

Wales second spell of qualifying has been “for them” and all about those who have come before. Previous Wales representative players were at Cardiff City Stadium last night and did a lap at halftime.

“To be at home and have a crowd like that, it just makes us stronger, it makes us prouder and we know why we do what we do and it was so nice to be back at home tonight,” Grainger added.

“Looking at the overall performances, the stats, the possession, we’re turning into a real clinical team with the ball, and we’re making sure that behind the ball, we’re hard to beat.

“Some of the work that took place to win the ball back, in their own half was outstanding and it stopped any kind of problems forming and we want to make sure we keep building on that.”

Wales Women broke their attendance record last night, with 5,455 fans in attendance. The record was previously set at 5,053 in a previous World Cup qualifier against England at Rodney Parade in 2018.

Grainger said: “We’re feeling positive, we’re happy with the first four games and I’ve spoken to the players about it, and it’s all about games five and six.

“We knew they were going to come thick and fast but our focus turns really quickly on how we prepare for November.”

Highest ever attendance for a Cymru women’s international!

“We wanted to improve the performance and part of that was going to be finishing more of the chances we created,” the manager added.

“First of all, I’m really pleased with the chances we created, but the fact we’re finishing chances, for all the players on the scoresheet, I’m particularly pleased for the likes of Angharad James and Sophie Ingle because that’s the expectation now with the playing style that we have.