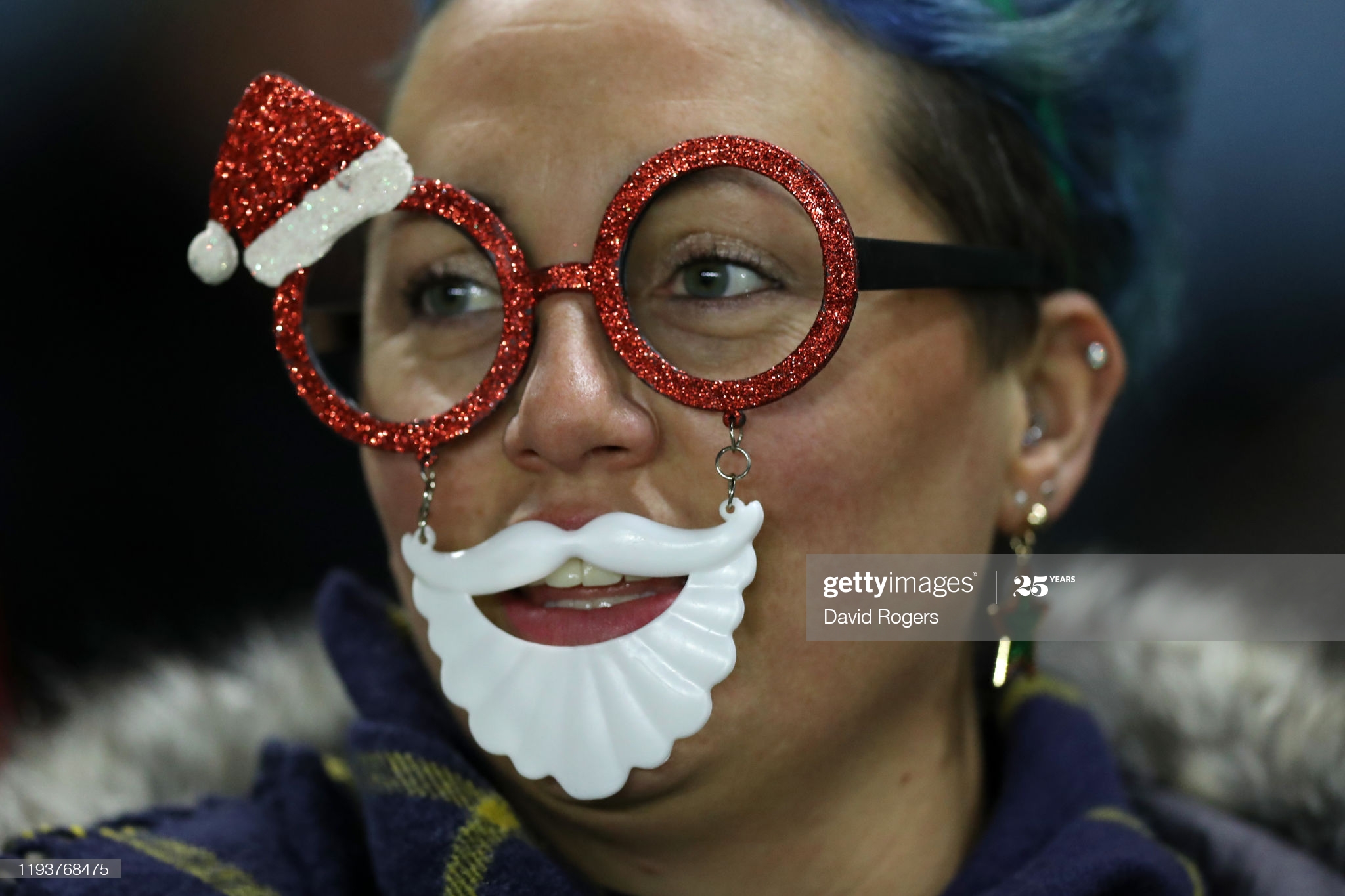 The festive fixtures have been confirmed. Pic: Getty Images.

The dates for the regional festive derbies in the Guinness Pro 14 have been confirmed with the Dragons hosting the Cardiff Blues on Boxing Day afternoon and the Ospreys taking on the Scarlets in the evening.

The Rodney Parade match will be live on S4C and Premier Sports, while Premier Sports have sole rights to the clash at the Liberty Stadium.

On New Year’s Day, S4C will show live coverage of the Scarlets against the Dragons, along with Premier Sports, with the subscription broadcaster then showing Cardiff Blues v the Ospreys from the Arms Park.

Additionally, two postponed fixtures from Rounds 4 and Round 6 have been rescheduled for the first weekend in December – Connacht v Benetton Rugby and Glasgow Warriors v Dragons.

Meanwhile, the Dragons will host Wasps on December 12 in their first Heineken Champions Cup clash in a decade. On the same Saturday the Scarlets will begin their Champions Cup campaign with a trip to Bath.

In the Challenge Cup the Cardiff Blues open their account at Kingston Park against Newcastle Falcons, while Ospreys host Castres the following day.

The Champions Cup consists of two pools of 12 clubs with the pool stage played over four rounds. The four highest-ranked clubs in each pool will qualify for the quarter-finals, which will be played over two legs on a home and away basis.

The next ranked eight clubs will qualify for the Challenge Cup last 16.

Fourteen clubs will compete over four rounds in the preliminary stage of the Challenge Cup with the eight highest-ranked clubs, as well as eight Champions Cup clubs, qualifying for the last 16.

Both finals will be played in Marseille, France, next May.

Johnny McNicholl has given Wales head coach Wayne Pivac a reminder that he is now back to full fitness and raring to go again on the international stage.

The Scarlets wing inspired a 20-17 Guinness PRO14 win over Connacht in a windswept Galway at the weekend and now want to put some life back into Wales.

McNicholl had a hand in all three tries for the Scarlets, paving the way for Ryan Conbeer to score twice and scrum half Dane Blacker to strike once. The rest of the points came from the boot of outside half Dan Jones.

Head coach Glenn Delaney was full of praise for the way in which his side battled against the elements and a tough Connacht side to notch their third win of the campaign.

“We had a desire to play. It was about chancing our arm in the weather to keep playing the game we want to play,” said Delaney.

“I’m immensely proud of the commitment and the effort because it was the tough stuff that got us over the line in the end. It wasn’t perfect by any stretch of the imagination, but rugby is not a perfect game and when we had our chances we took them.

“We will enjoy this, but when we get in next week and we circle the wagons we know we have another tough assignment against Ulster.”

Connacht were playing their first game in two weeks after having had their last two fixtures postponed due to COVID-19 problems and were a bit rusty to begin with. Conbeer made it three tries in two games this season as he crossed within five minutes of the start and then again before the break.

That enabled the Scarlets, who moved up to second place on Conference B with their victory, to go into half-time with a 13-7 lead. Blacker’s breakaway effort three minutes into the second half extended the vistiros’ lead.

Connacht hit back with tries from Abraham Papali’i and Ultan Dillane, both of which were converted, but it was too little, too late for them.