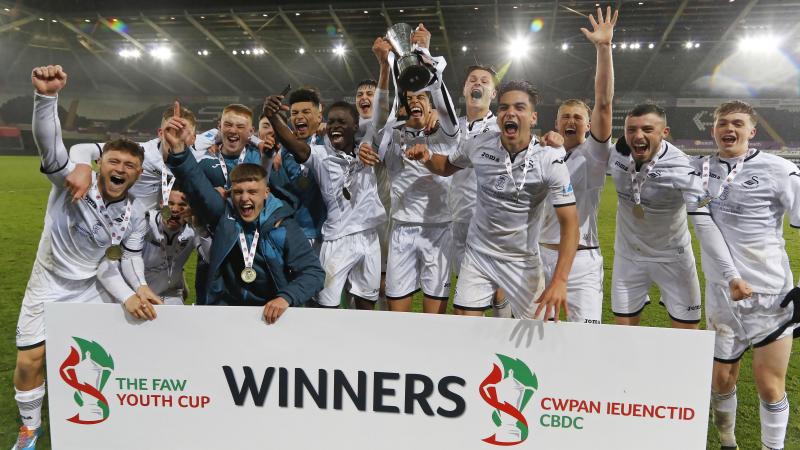 The Swans and the Bluebirds clash in a Welsh Youth Cup semi-final at Llanelli’s Stebonheath Park stadium on Wednesday evening (March 6, 7.30pm).

Swansea City are looking to win the trophy for a 10th successive season, having beaten Cardiff City on penalties in the final at Liberty Stadium last season.

Swansea’s 18-year-old Dutch midfield player Kees de Boer played in the 2018 final and looks certain to be involved again, saying: “There is a history between Swansea and Cardiff and I really enjoy playing in these games.

“This is a good opportunity for us to reach the final. We’ve won the trophy in each of the last nine years and we don’t want to be the team that doesn’t win it.

“It’s important that we just focus on this game for now. We have a strong team with good players and, if we all work hard and do our jobs, I’m confident we can earn the win.”

Cardiff have scored a mighty 38 goals and conceded none in three matches on their way to the last four, while holders Swansea were given a bye into the third round, winning their two games 2-0 and 5-1.

The second semi-final features Cardiff Met against The New Saints and that will be played on Sunday, March 10 at Latham Park, Newton (2pm).

The young Swans won 5-1 against Merthyr Town in their last eight clash thanks to goals from Owen Evans, Mason Jones-Thomas, Jayden Reid, Bradley Gibbings and a Martyrs defender.

Cavan Williams was the Merthyr scorer, while Swansea had Dan Williams sent off for a second booking during the second half.

The score was 1-1 with almost half an hour gone and Merthyr were still in contention when they trailed 2-1 at half-time.

But the holders kept pressing and secured their place in the last four, although Williams hit the Swansea bar during the closing minutes.

Cardiff defeated Llanelli Town 10-0 in their quarter-final, having selected a strong starting line-up which included under-18 top scorer Dan Griffiths plus under-23 regulars Laurence Wootton and Daniel Martin.

Brynteg School pupil Mayembe, a former England under-15 international scored the best goal of the tie with a sublime, right-foot volley just after half-time.

Cardiff Met were handed a bye through their quarter-final against Llandudno, who could not rearrange the tie after a postponement because of the weather.

The New Saints swept to a 5-1 win against Welsh Premier Development League (North) leaders Cefn Druids, who had goalkeeper Ben Edwards sent off after 23 minutes.

James Parry’s low through ball on the left picked out James Rutter, who ran on before Edwards rushed off his line and brought the Saints player down at Park Hall Stadium, Oswestry.

Parry, who ran onto Lewis Bradford’s long ball over the top to score after 15 minutes, and Ethan Short, from a 26th minute free-kick, were on target for TNS in first half.

It was 2-0 at the break and Parry added a third after 50 minutes. Josh Bailey’s throw-in on the left found Ismail Ozdemir, who ran on before crossing for Parry to fire his first time left-foot shot from the left hand corner of the six yard box into Wilkinson’s left-hand corner.

Owen Jones made it 4-0 just after the hour after good work by Harry Woledge and Tai Jones completed the TNS tally with 73 minutes gone.

Druids fired a consolation goal with a minute left 89th minute when Lewis George’s shot from 12 yards deflected past Saints ‘keeper Lewis Dutton’s net. The initial effort was on target and the goal was awarded to George.

TNS went into the tie having suffered a 3-1 league defeat against Druids the previous weekend, a result which completed a double for Cefn, but it was their day in the cup.