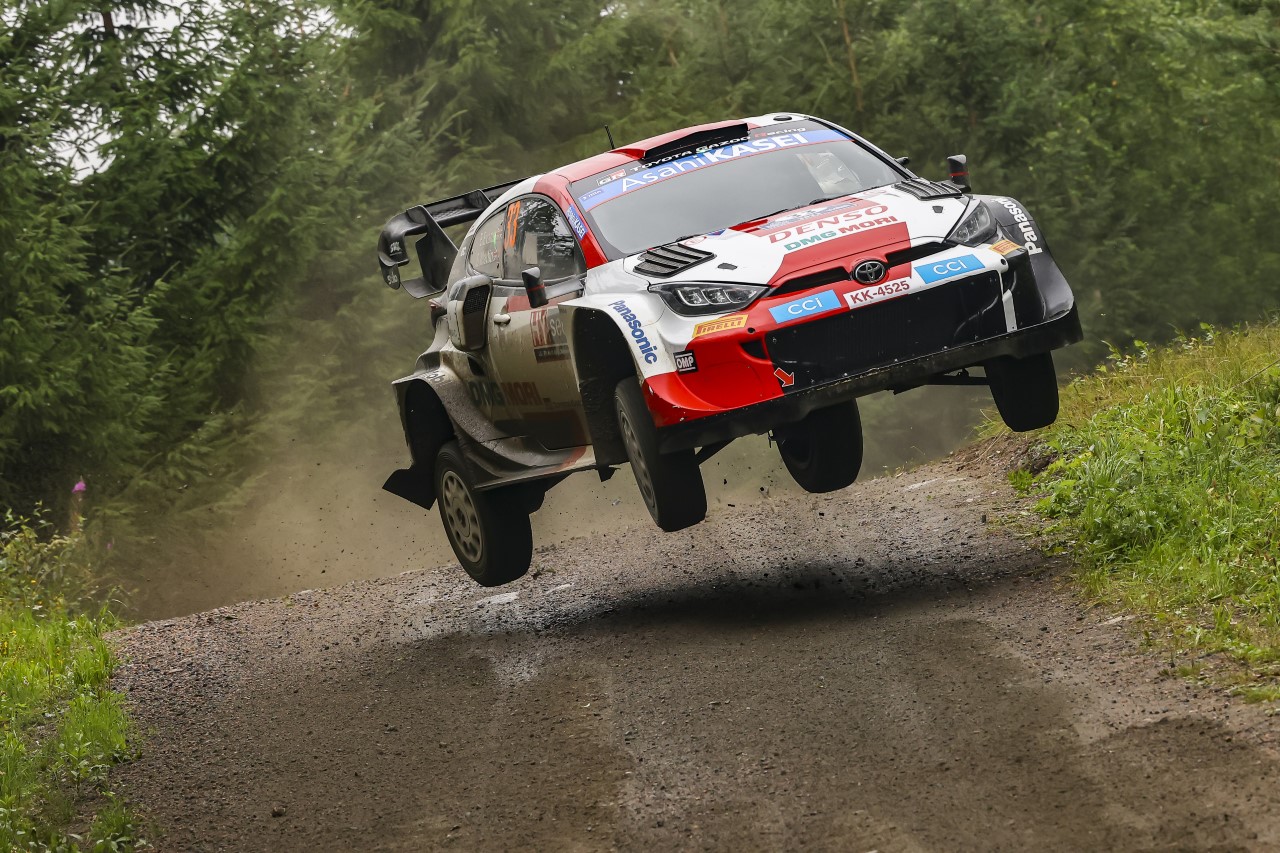 Elfyn Evans had admitted to more feelings of frustration after reflecting on finishing fourth at Rally Finland.

Evans had been fighting for victory until he clipped a rock on Saturday’s penultimate stage – the impact with an inside wheel breaking a damper on his Toyota GR Yaris Rally1 Hybrid.

The 50 seconds that he and co-driver Scott Martin lost limping through the day’s final stage (SS18, Vekkula 2) crushed any hopes that they had of repeating last year’s Rally Finland win.

Evans held on to fourth place on the last day, with second equal time on the closing Power Stages giving him extra bonus points – which sees him fourth in the drivers’ standings.

Ott Tänak reminded everyone of what a talent he truly is by giving Hyundai its first Rally Finland victory.

“It’s been a bit of a frustrating weekend,” admitted Evans.

“At times I’ve not felt too bad but at others I’ve struggled a bit with the feeling in the car, a bit more than in other weekends.

“The car was good, but I was just missing that last bit of confidence from it.

P4 is a frustrating result. We weren’t a million miles off the pace, things were getting better during the weekend. We need to find that winning form again but the positive thing is that we are close, nearly there and know what we need to work on. 💪 #EE33 @TGR_WRC pic.twitter.com/Vg6e34mRsk

“We were changing quite a lot during the weekend to try and find that, but sometimes that can just make things worse.

“On the final day we weren’t really in a close fight, so we took the opportunity to try something a bit different.

“In the Power Stage I wasn’t really satisfied with my run, but we still got a few extra points which is always helpful.”